2021 Arkansas Derby At a Glance

2021 Arkansas Derby At a Glance 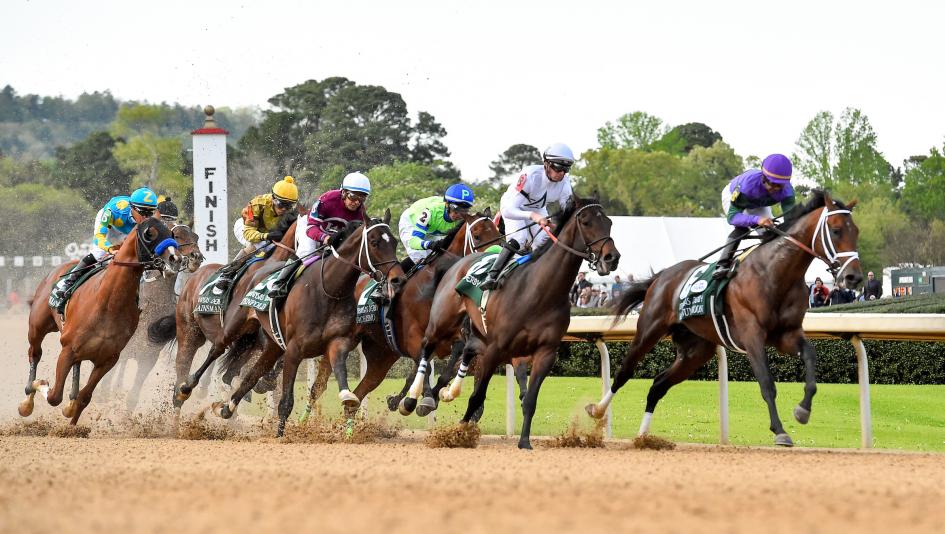 The long and winding road to the 2021 Kentucky Derby Presented by Woodford Reserve, which opened last fall, comes to an end Saturday with the Arkansas Derby at Oaklawn Park. The Arkansas Derby has a 100-40-20-10 point distribution that will guarantee the top two finishers a ticket to Louisville for May 1 (in addition, the Stonestreet Lexington Stakes at Keeneland on Saturday also offers a final dose of Kentucky Derby qualifying points on a lower distribution level). With $1 million on the line and a spot in the starting gate for the Kentucky Derby at stake, the 1 1/8-mile Arkansas Derby, won in recent years by such stars as Smarty Jones, Afleet Alex, Curlin, and American Pharoah, promises to provide some interesting fireworks.

1. Super Stock (6-1 morning-line odds): He was Grade 1-placed at 2, but his lone start was a lackluster fourth in the Rebel Stakes, which produced five of the six starters here. He probably needed that race and should be closer this time with the added ground. A brutal pace will also help his chances.

2. Caddo River (7-2): He settled for second behind Concert Tour in the early stages of the Rebel and faded to fifth. His connections say he will be more aggressively placed here, which means he’ll be put on the early lead. In a small field like this one, that strategy might work but the probability of a battle with Concert Tour does not bode well for his chances.

3. Hozier (3-1): He’s Bob Baffert’s “other” starter. He was second in the Rebel, after rallying from seventh, and a hot pace and a longer race should help his chances. He’s been working sharply for this race and figures to be a main player in this field.

4. Get Her Number (6-1): He was seventh in the Rebel, which like Super Stock, was his 2021 debut. He won the Grade 1 American Pharoah Stakes at 2 so he has some ability and should benefit from his comeback race. But he showed speed in his best races and that could work against him here.

5. Concert Tour (even-money): He was an impressive front-running winner of the Rebel and will be equally formidable here. Even if Caddo River shows more speed this time, he has a post outside of that rival which should allow him to cruise along outside of him. He was third in the early stages of his victory in the San Vicente Stakes and should be very tough to collar here.

6. Last Samurai (15-1): He’s the tossout in this small field. He made his stakes debut in the Southwest Stakes and was a non-threatening fifth. That was on a wet track, but none of his three starts on a dry track indicate he’s fast enough to be a factor.