Mega passes and corporate interests are taking over the ski industry one acquisition at a time. Are you tired of visiting the same money-hungry resorts where you feel like just a number added to a spreadsheet?

Check out these five family-owned resorts next season to support local business and to explore something new! 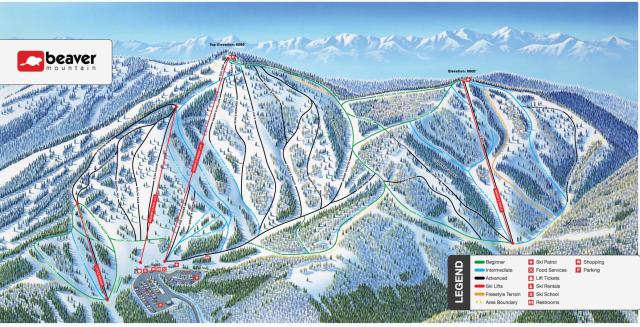 “The Beav” is considered to be one of, if not the longest, family-run ski resort in North America. The resort was started by Harold and Luella Seeholzer in 1939 (Beaver just celebrated 80 years of operation!). When Harold took over the area from Logan City, Beaver Mountain had one simple rope tow. The area was not thriving, at first, because the rope tow’s motor was located at the top of the mountain. This required somebody to hike to the top of the lift each morning. 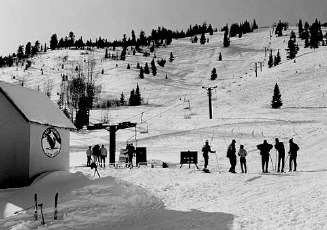 Harold and Luella were instrumental in developing the area through the booming years of the commercial ski industry. From 1940 to 1967, they installed multiple lifts, facilities, and increased terrain. Harold passed away in 1968, and the ski resort was passed to Harold and Luella’s children. Harold had stated before his death that his dream was to build a fixed-grip chairlift to the summit of Beaver Mountain. This dream was achieved with the opening of the resort’s longest chairlift in January of 1970. It was fittingly named “Harry’s Dream.” The lift is still spinning today. 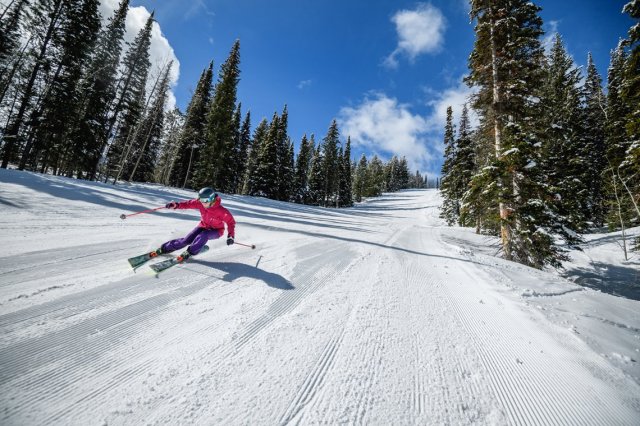 Ted, Harold’s second son, took over the resort as General Manager. Ted’s wife Marge worked in the ticketing office, and Ted’s brother Loyal worked as the bookkeeper and helped with ticket sales.

Ted managed the resort until his passing in May of 2013. His wife Marge continues to dedicate her time as President of the resort. She can be seen around the resort greeting guests, selling tickets at the mountain, or checking on employees. The Seeholzer family made Beaver Mountain possible through their dedication to the resort. Marge’s legacy will continue to be honored with “Marge’s Triple,” a fixed-grip triple lift that provides skiers with 1100′ of vertical. 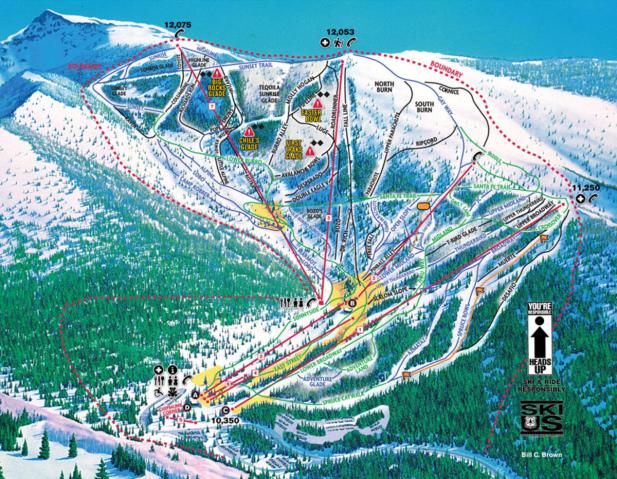 Ski Santa Fe is only 16 miles from Santa Fe, the capital city of New Mexico. The resort is owned by the Abruzzo family, who remain active contributors to the resort.

The ski area was purchased by Benny Abruzzo Sr. from Kingsbury Pitcher (see Wolf Creek below) in 1984. Abruzzo Sr. had to experience in the industry after co-founding Sandia Peak near Albuquerque. Abruzzo Sr. passed away one year later, and the resort was passed down to his children.

The resort is now run by Benny Abruzz Jr. According to an interview by Go World Travel Magazine, Abruzzo Jr. cuts down trees himself in the area’s renown glades. 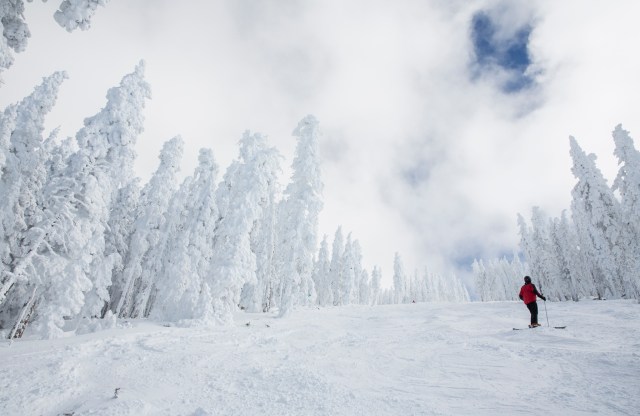 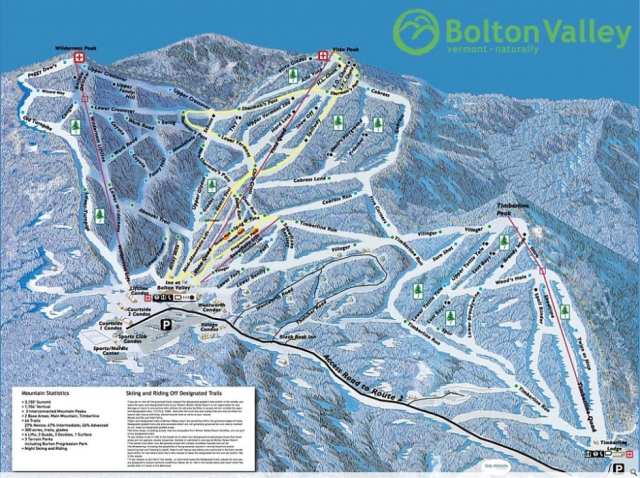 Bolton Valley lies just southeast of Burlington, VT making it a popular destination for Burlington locals. According to New England Ski History, The area was first developed by Roland DesLauriers around 1963. DesLauriers sold his own land to purchase 8,000 acres of Bolton Valley land from a local lumber company. He began to develop ski trails in 1965 with his son Ralph under the Bolton Valley Corporation.

The resort faced turmoil starting in 1997. The DesLauriers family filed for bankruptcy in April of ’97, and the resort changed hands a few times over the following years. 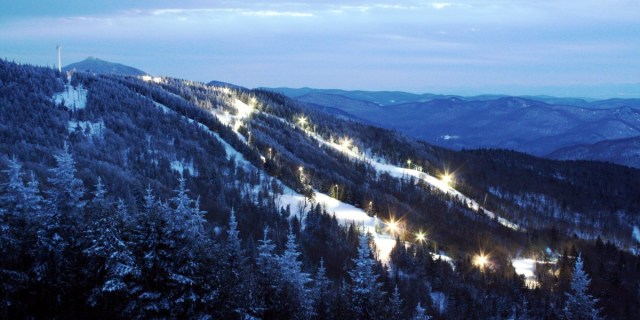 On April 14, 2017, Bolton Valley announced that it had been purchased by a group of investors. Among the group included members of the DesLauriers family.

The DesLauriers family, including Ralph, his son Evan, and daughter Lindsay are back in control of Bolton Valley.

Ralph spoke about his excitement of re-owning the resort and his dedication to continuing making skiing more accessible. On the resort’s website, he said,

“When I built Bolton Valley back in the ’60s, I made it my mission to give every Vermont child the opportunity to ski. We established after school programs where kids could take the bus up after school and learn to ski – and tens of thousands of kids all over Chittenden and Washington Counties have learned to love skiing at Bolton Valley. It’s one of the things I’m most proud of, and it’s that same family centered mission and love of Vermont that’s driving me and my kids back into this business.” 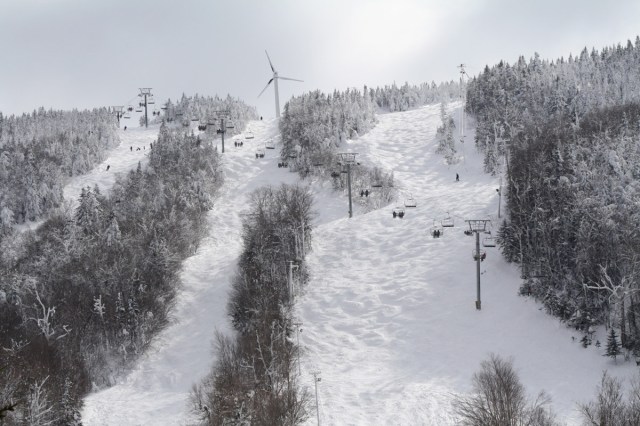 It’s exciting to see the resort fall back into the hands of the DesLaurier’s.

Wolf Creek is off the beaten path of the Summit County, CO resorts frequented by millions of skiers each year. The resort lies south in the San Juan range near Pagosa Springs, CO. The resort has been owned and operated by the Pitcher family for more than 40 of those years.

The Pitcher family’s ownership started when Kingsbury Pitcher (founder of Ski Sante Fe above) attended a stockholder’s meeting after the ownership group at the time filed for bankruptcy. He bought out the group and eventually bought out the remaining partners for sole ownership of the mountain. 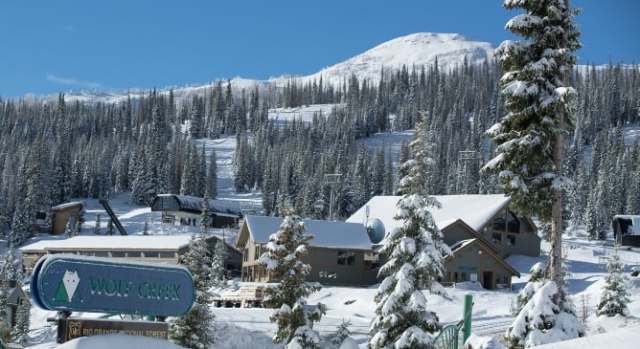 Kingsbury’s sons, Todd and Davey, along with Davey’s wife, Rosanne moved to help their father run the resort in the 1980s. Todd was the older brother and took up full-time management. Davey started off working as a groomer for his brother in 1984. 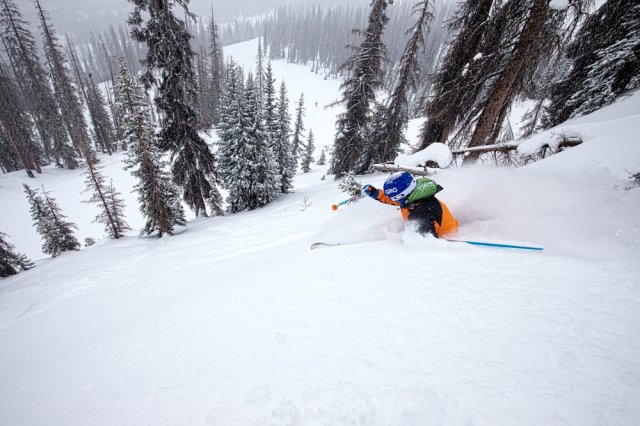 Davey Pitcher is now the mountain’s Chief Executive. In an interview with The Durango Herald, he discussed his daily routine. He starts with an early wake-up around 3 am. He then either helps groom trails or patrol for avalanche hazards. Davey then patrols the mountain for the rest of the day skiing with his dog Spencer. He frequently checks on the number of skiers, and tinkers with ideas for new lift placements. Davey is an active operator of Wolf Creek and his dedication has shown. Wolf Creek reports over 200k skiers to their remote mountain. 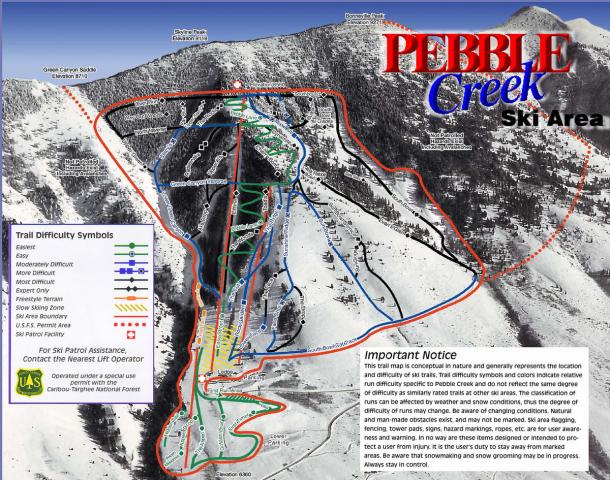 Pebble Creek had been owned by a group of investors until January 2017. That’s when the resort announced it had been purchased by YouTube star Shay Carl.

The Idaho State Journal conducted an interview with Shay after the announcement was made.

“I grew up here, I learned how to ski here, this was always the place that I came to escape the frustrations of the world, and then this last season being here, skiing here, somehow that idea got put into my mind somehow by someone, and so I decided to do it.”

Carl wants to see Pebble Creek become a more well-known ski area. He acknowledges the challenges the industry faces with climate change, but that’s not stopping him from running Pebble Creek.

Some immediate changes that Carl had made were to make the resort more marketable. Changes to the website and plans for revitalizing the resort are part of the celebrity’s plans. 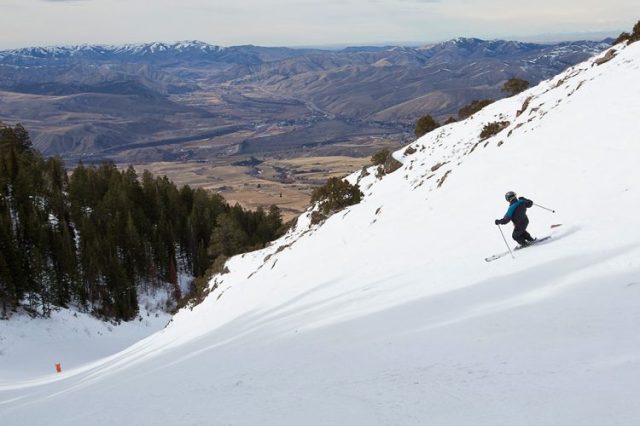 Look for big things to come for “The Rock.”