92L All Dressed up in Red and Ready to Go. But Sunbathing on the Beach Still. Maybe Tomorrow. 90% in 5 Days 80% in 2 Days. Rest of the Atlantic Quiet Except for the Mother of All Upper Level Lows

92L All Dressed up in Red and Ready to Go. But Sunbathing on the Beach Still. Maybe Tomorrow. 90% in 5 Days 80% in 2 Days. Rest of the Atlantic Quiet Except for the Mother of All Upper Level Lows 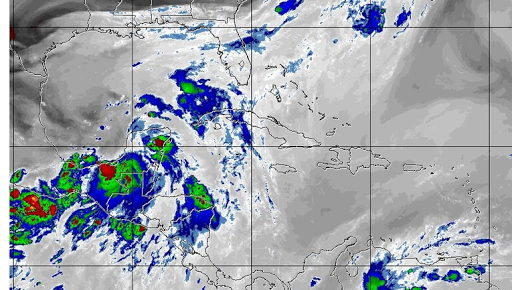 But it’s mostly over land.

Still waiting for it to form. 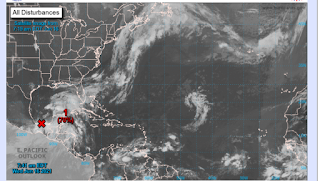 This is as good as it gets.

Maybe Thursday has the right spice.

(what’s that ULL doing in the Atlantic…

But 92L refuses to stop sunbathing on the beach.

There really isn’t much to say this morning as the models have been saying it all. The NHC has clung to Invest 92L like molasses drippings on the side of the bottle refusing to let go and getting on anything that gets near it. You rinse off the darn bottle with hot water place it back and even though you haven’t even picked it up and used it…. five days later it’s STILL THERE!! Someone needs to do research on that because I can’t figure it out. Still there with two little rivers of molasses as if it’s planning on going somewhere… Perhaps it will take a deep breath and make a huge leap and try to jump to the nearby Maple Bottle looking pretty and clean and proper compared to the messy molasses. 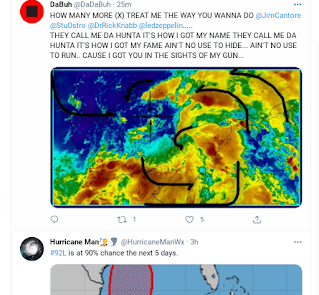 I’ll just go with a few images from Twitter.

Still waiting….after all these years.

If it doesn’t spin together everyone gets weather.

I may go back to my second love geology… 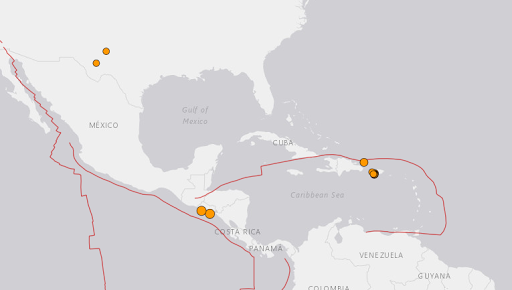 Nothing much there either.

Being serious, I really thought we would have something by Thursday, that to me was the day when we actually see the bloody eyes of 92L that has had too much tequila for way too long. Send it to AA or feed it some strong espresso. I love espresso so much I bought the stamps the US government was selling; the stamps did not have a cortadito but they are nice. Now I need to mail something to someone…

Speaking of Coffee… Jim Cantore said what I thought this morning. I think he said “just awful” and really I’d bless him but I had just taken a sip of my coffee and I couldn’t swallow for laughing and I was afraid that his “just awful” comment on 92L was going to be the end of me. Bless that man. It looks HORRIBLE this morning.

But…………that’s what they do. Well not really. They do one of two things… or three.

1. They use all the energy to get up and into the water and careen West into land South of the Border.

2. They huff and puff and manage to get up into the Gulf of Mexico and then feeling some heat and a hug from the actual shape of the Gulf that kind of caresses the tropical wannabe and with the love of the coastline of the Gulf of Mexico they suddenly perk up like a plant that needed water and head for the forecast coast sometimes attaining hurricane strength and other times being oddly shaped dirigibles doing a bad landfall and the Florida Panhandle gets all the rain and really pissy and people in Texas go … “it didn’t impress me much”

3. They die. Well they all die. Some die before they are born but others die never living up to the models that often wish cast this time of year…   maybe this will be a strong messy Tropical Storm (or even a hurricane) or it will dribble back down like that molasses I have that has some sort of problem with kinetics and gravity.

Elsewhere………. if you change the parameters for Earthnull that thing in the Atlantic shows up well. 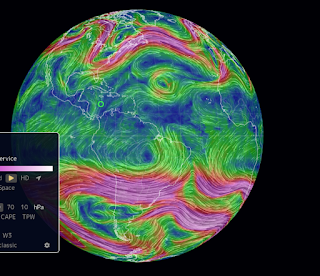 When those continue to form.

They become real factors in the MDR.

They move slower than the little ones.

When the put down anchor.

It messes with development.

Problem with that is……..

Once further West then WNW…

they flare up and become players again.

One way or the other…

92L should do something.

Or they should reset all the models.

NHC should play synoptics not modeling.

Doesn’t impress me much!

Here4dBesthttp://here4dbest.com
Previous articleUK excluded again from EU’s Covid-safe travel list, but US added | Travel
Next articleTexans are urged to cut back on cooking and cleaning to ease power grid strain | Texas