Alexander Zverev: ‘I Was Putting Bricks On Myself’ | ATP Tour

Alexander Zverev: ‘I Was Putting Bricks On Myself’ | ATP Tour


It is not long ago that Alexander Zverev struggled in Grand Slams, failing to reach the quarter-finals on his first 11 attempts. Now the German, who advanced to the Roland Garros semi-finals on Tuesday, has become a fixture deep in the majors. The sixth seed said that he has learned from his early-career mistakes.

“The Grand Slams are the tournaments that we want to win the most. Before maybe the past few years, I was putting too much pressure on myself,” Zverev said. “Before [Daniil] Medvedev and [Stefanos] Tsitsipas arrived, I was seen as this guy who was going to all of a sudden take over the tennis world. I was putting pressure on myself as well.

“I was not very patient with myself, which I feel like now maybe I learned how to deal with the situation a little bit better. I’m maybe a little bit calmer at the tournaments. But the end goal hasn’t changed.”

It was not that Zverev was not playing well overall. He lifted three ATP Masters 1000 trophies before reaching his first major quarter-final.

“For a long period of time I was winning [ATP Masters 1000s], the [Nitto ATP] Finals, but I couldn’t get quite deep in Grand Slams. I was putting bricks on myself,” Zverev said. “In a way I was not performing to the level that I was in other tournaments. I was not playing the same level. I was very impatient with myself.”

Since breaking through to the last eight at Roland Garros in 2018, Zverev has made it at least to the quarter-finals in six of his 12 Grand Slam appearances, including this tournament.

“Very rarely does anybody come in and all of a sudden perform his best at Grand Slams. Yes, we’ve seen Rafa do it, but Rafa is sometimes not human [with] what he’s achieved,’ Zverev said of 13-time Roland Garros champion Rafael Nadal. “I think for young guys it is a learning curve. Hopefully I can say that slowly but surely I’m starting to get the hang of it.” 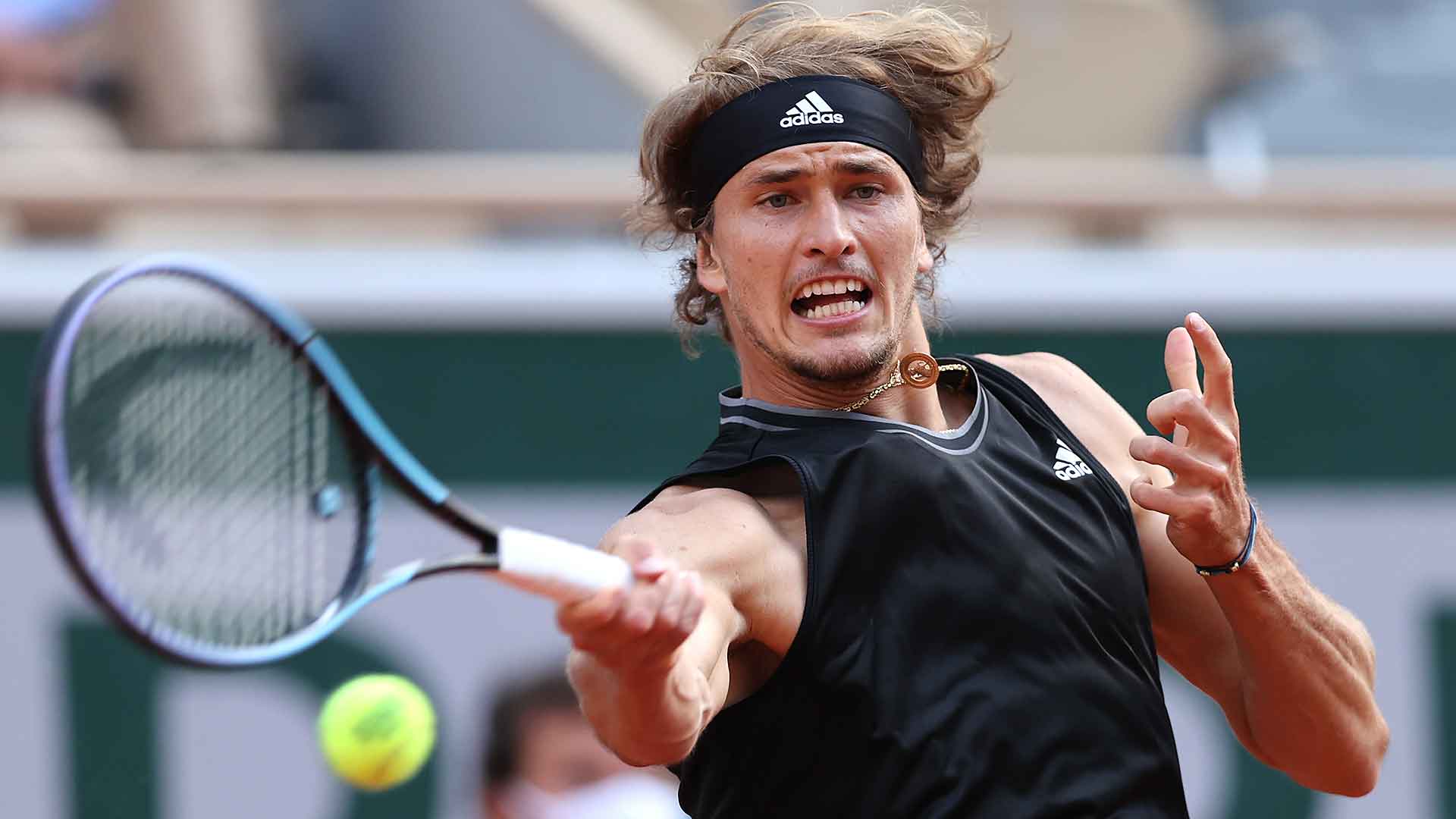 Photo Credit: Clive Brunskill/Getty Images
This year’s Madrid champion did not pay much attention that Nadal and World No. 1 Novak Djokovic are on the other half of the draw. Zverev paid respect to the likes of World No. 2 Daniil Medvedev and the dangerous opponents he had to deal with.

“It’s nice that I didn’t play Rafa or Novak in the quarter-finals,” Zverev said. “[But] I think playing Rafa here in the finals, for example, is even worse. It’s even more difficult. But I also [need] to get there first.”

Zverev began this tournament down two sets in the first round against Oscar Otte. But now, he has a chance to reach his second Grand Slam final.

“I’m in the semi-finals of a Grand Slam and I’ve played solid so far. I know that the matches [from] the semi-finals on are not going to get easier,” Zverev said. “I think the opponents there are extremely difficult to beat, so I’ve got to play the same or raise my level even higher to have a chance.”