Like other top drivers who joined new teams for 2021 Alonso has acknowledged that he needed time to get up to speed, with his absence from F1 making his task even more difficult.

At Paul Ricard last weekend the Spaniard had a feisty race to eighth, crossing the line less than two seconds shy of sixth-placed Daniel Ricciardo.

The French GP result followed a strong sixth place in Baku, where Alonso passed three cars after the restart.

Prost, who missed the 1992 season before returning to win the following year’s world championship with Williams, acknowledged how hard it is to get fully up to speed after a break.

“I always remember when I stopped for what was really only six months in fact in ’92, how difficult it was to come back,” Prost told Autosport.

“It’s a new car, new team, and also not driving F1 for two years. He had the target of the French GP more or less, saying ‘Okay, well, I need four or five races.’

“It’s nothing special, it’s a normal way. Now he’s back, for sure.”

Prost admitted that he found it hard to adjust after his return from his break in 1992.

“Yes, because the first tests were different, it was difficult physically, physiologically,” he added.

“Sometimes you’re a little bit surprised that you think that you can make it.

“And you need to get time to get everything correct. The automatism, and the vision and everything, I found it difficult.

“So I realised how difficult it must be for someone like Fernando who did not F1 for two years.

“And then you have only one day and a half testing with the new car, with all the systems you need to understand.

“I don’t know if the age is a criteria. But in the case of Fernando he very strong, he is still in good shape.

“It’s more the fact that it’s normal, driving F1, the best car in the world. If he was at the top immediately, it would not be normal, honesty.” 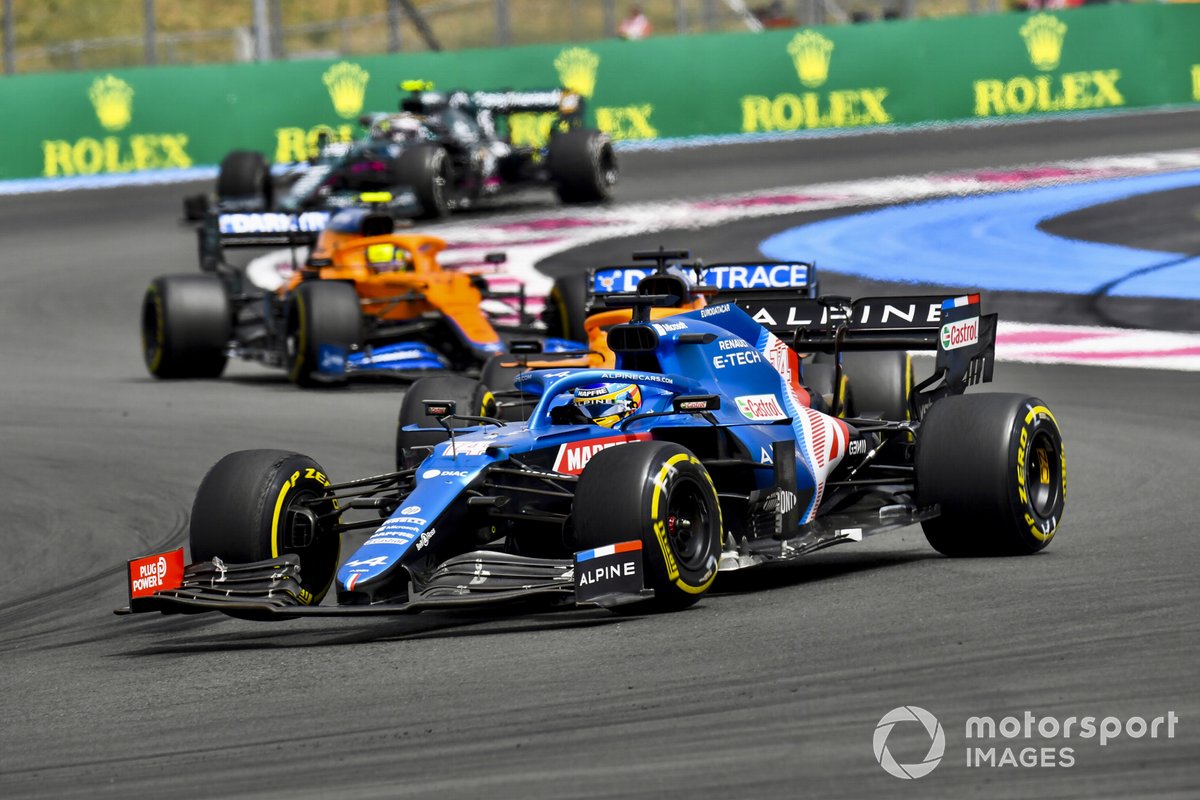 Prost admitted Alpine was struggling to understand why Alonso had a strong run at Paul Ricard while his team-mate Esteban Ocon faded to 14th.

“Fernando did a good race, a good result. We could have done just a little bit better, because he was catching up, but it was difficult to overtake. We did not have a good pit stop. So we need to improve everything.”

“Esteban had more problems with the tyres,” Prost said.

“It was not a good result, not a good race for him, but it looks like some cars in different teams also had similar problems.

“It is really, really difficult to understand everything and to solve it, because sometimes it starts as a small problem, then it becoming bigger.

“We don’t know. But it is really not what we expected in terms of tyres. It’s the same for Ferrari, it’s depending on cars, depending on drivers.”

Prost added that Alpine’s overall form this year had been impacted by the postponement of the new regulations from 2021 to 2022, with the former Renault team having made choices that compromised the current package.

“We had to postpone everything by one year.

“So for us, it’s difficult, we have an extra pressure because we did not improve the car and the engine because we’re waiting for next year.

“So it’s not a surprise that we are not completely at the top. Everything is getting all together, but it’s still a long way to go, for sure.”