The two-time world champion rejoins the Alpine team he last drove for in its Renault guise in 2009 after announcing he would leave the McLaren team at the end of 2018 and take a sabbatical.

In the intervening period Alonso has won the World Endurance Championship with Toyota, which included a second Le Mans 24 Hours victory, and prevailed in the IMSA SportsCar Championship’s Daytona 24 Hours.

He also returned to the Indianapolis 500 last year, finishing 21st, and reached the finish in the 2020 Dakar Rally.

Alonso underwent surgery following a cycling accident that left him with a fractured his jaw before pre-season testing, but still managed a full day of running on the second day before sharing the car with team-mate Esteban Ocon on the final day.

However, Alonso said he will need a few races with the team to “feel more comfortable”.

“It is the same for many people I guess and for many drivers who have changed teams and some of them need to adapt a bit to the new aero regulations, the tyres.

“You will always feel more comfortable after five, six or four races so for me it is no different.

“I’m happy where we are now but I think in a couple races I will feel more comfortable even in the cockpit and the seat we are still make small modifications, better position, they are the things that we need to keep adjusting.”

Alonso, who turns 40 in July, conceded that there are “no guarantees” that he will be on the same level as he was achieving with McLaren in 2018, but said he was confident that his efforts to embed himself with the team formerly known as Renault in the latter part of the 2020 season would pay off.

“There are no guarantees, you just have your own confidence in trying to deliver what the team expects from you,” he said. 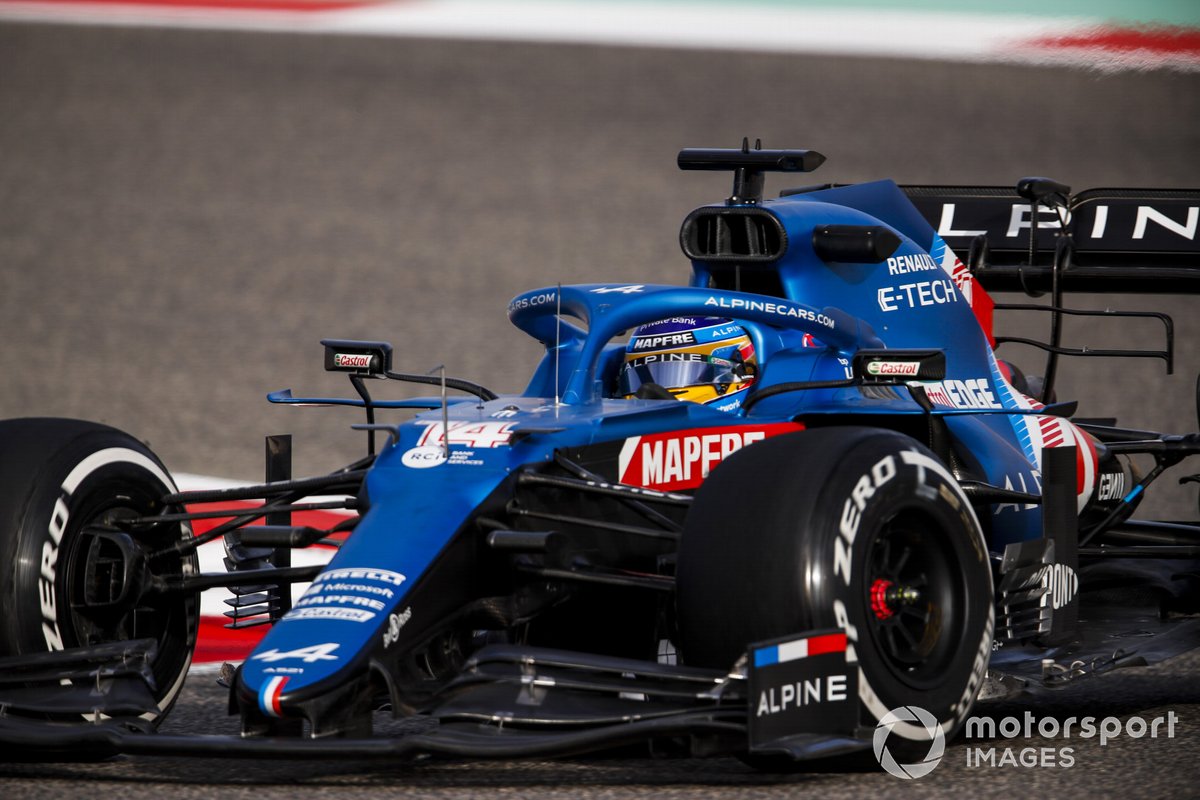 “When I decided to come back I was trying to focus into the preparation, not only physically but also technically being with a team for the second part of the season and trying to be up to speed in the F1 language, which is a bit more technical than some other categories.”

Alonso added that he has not set a timeframe for achieving success with the revamped Alpine team, and was merely focused on “trying to make it as fun as possible” in the short-term as new Alpine CEO Laurent Rossi and racing director Davide Brivio settle into their roles.

“I’m trying to make this comeback a good shot and am trying to win races and be as competitive as possible but not with a target or clear time set on things,” he said.

“So far I am enjoying it. I know the repeated question is about my age, but I’m a little bit surprised because I am not that old.

“The world champion who is dominating the sport is 35 or 36 and it is not like I am 20 years older or something like that.”

“What I want to do is test myself and try to help the team in this important moment of this transition from Renault to Alpine and the great future this team this has for the next coming years and the new set of regulations.

“I’m here to help the team with experience and the knowledge that I may have accumulated over the years and try to build momentum in the team.

“I would be happy and consider a success if we grow top together, the team and myself, in the next coming years and become contenders sooner than later.”

Hamilton and Bottas swapped chassis ahead of the Paul Ricard race weekend as part of Mercedes’ planned rotation through the season. Bottas...

Verstappen picked up his second pole of the 2021 season by edging out Lewis Hamilton for the top spot in qualifying at...