Ocon scored a shock victory for Alpine at the Hungaroring on Sunday after capitalising on two Turn 1 crashes and a strategy miscue by Mercedes to move into the lead.

Ocon controlled proceedings at the front, leading all 65 laps after he moved into P1, but looked set to come under late pressure from Mercedes driver Hamilton.

PLUS: The “heart-breaking” call that led to Ocon’s Hungary win

Hamilton was lapping almost four seconds quicker than Ocon after making a third pit stop for a fresh set of medium tyres, gaining rapidly on the leading four drivers.

But fierce defence from Ocon’s Alpine team-mate, Fernando Alonso, delayed Hamilton’s charge for 10 laps and meant he fell 2.8 seconds short at the chequered flag, helping the team score its first win under any guise since 2013.

Alpine executive director Budkowski revealed the team felt hopeful of a big result after seeing Ocon rise to second place before the red flag, but only became confident Ocon would not be caught by Hamilton in the dying stages.

“You know if you’re second at Budapest, it gives you a shot at the podium for sure, and probably a victory, because Lewis would have to stop,” Budkowski said during the latest episode of This Week with Will Buxton on Motorsport TV.

“But then there’s cars behind, like Lewis, like Max [Verstappen], much quicker cars, fantastic drivers. We didn’t know about Max’s damage, or we didn’t realise the extent of the damage on the front of his car.

“But then he came across Fernando! And that was a bit of a mission. Every lap he was spending behind Fernando was delaying by one lap the moment that Lewis was supposed to catch and pass Esteban.

“Three laps before the end, the line [in the data] kind of stopped crossing, and we thought, ‘wow, we’re going to win this!’ And it was amazing.

“But when I think about it, the emotions are still there, because until then, we couldn’t believe it, and at that stage, we thought he’s not going to make it if we’re going to win this race.” 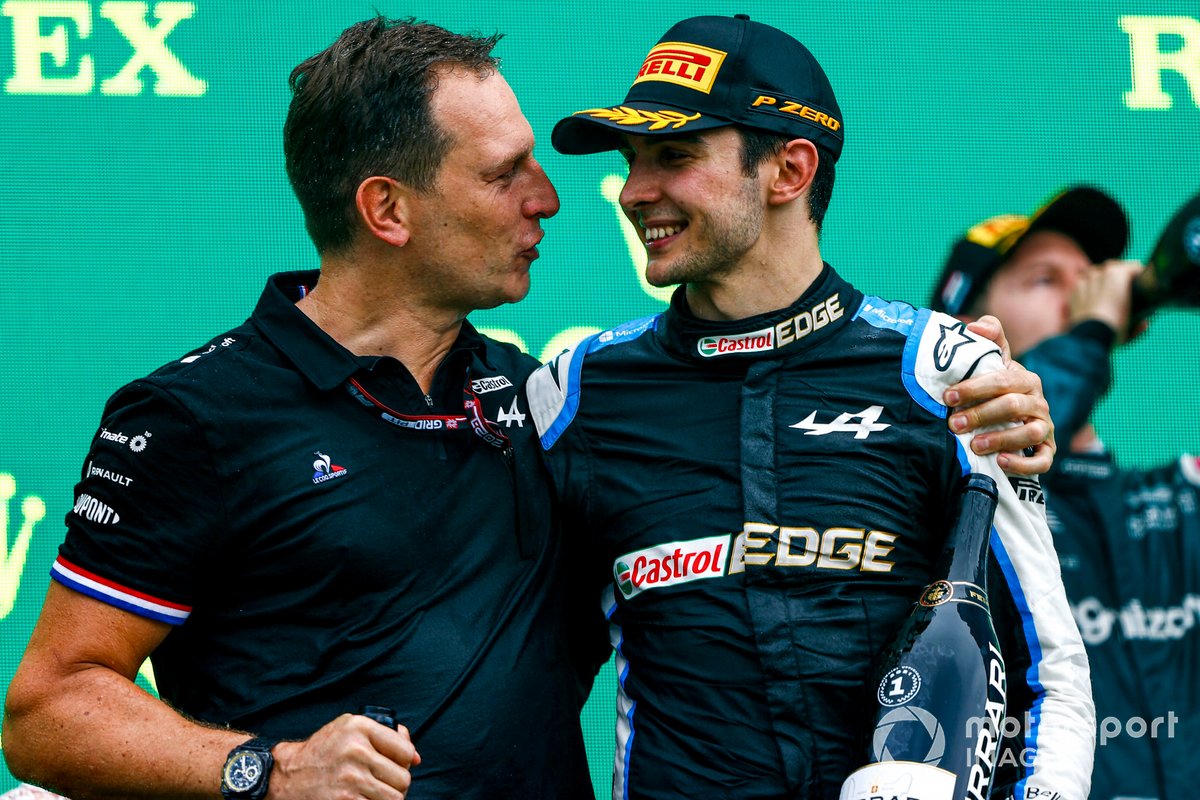 While Alonso has received a significant amount of praise for his role in the victory, Budkowski made clear that it should not take anything away Ocon’s success, saying the team was “full of admiration” for the Frenchman.

“He didn’t put a foot wrong, he did everything right,” Budkowski said.

“There were a few moments after the pit stop and passing some other cars where we felt that he was a bit vulnerable, and he could have lost that position. But otherwise, the rest of the time, he was just managing, managing his pace.

“We asked him to save fuel for most of the race. He had to manage his fuel while defending against Sebastian [Vettel], and he did that absolutely perfectly.

“Statistically, we thought Lewis would pass Fernando and then pass Seb, and then Esteban. But who knows, maybe Esteban would have kept Lewis behind as well? Maybe he wouldn’t have needed Fernando?

“He kept Seb, albeit in a slightly slower car, behind for the whole race. Maybe he would have kept Lewis behind as well and won it.

This Small Apartment Will Make You Want to Paint