Andretti may quit IndyCar if he wins 500

Andretti may quit IndyCar if he wins 500 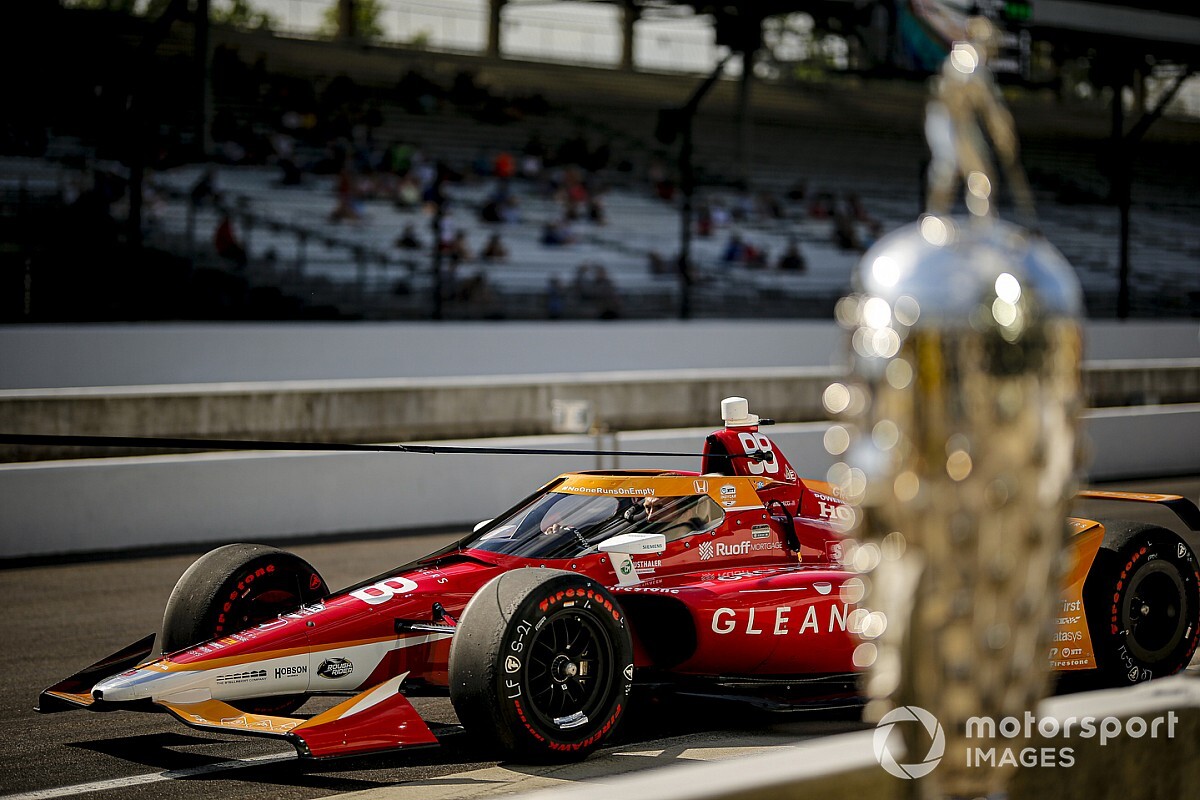 The son of Michael Andretti and grandson of Mario Andretti took the decision this year to give up running full-time in the NTT IndyCar Series, to explore other opportunities, including competing in Tony Stewart’s new SRX series.

Asked if, should he find his way to Victory Circle on Sunday, he would “drop the mic” and declare that’s it, Andretti replied: “I’ve thought about that. I think when you’re able to do that, there’s a lot of opportunities that might arise and I would have to just game plan it at that point.

“If a unique one comes with a great offer that’s hard to turn down, you take it. That’s why I can’t give you a definitive answer. I don’t know. We’ll see.

“That would be a good problem to have, good decision to make.”

Andretti has had several strong runs at Indy, accumulating four top-three finishes, but has never been closer to winning than in his rookie year, 2006. On that occasion, Sam Hornish Jr passed him for the lead on the final lap on the run to the twin-checkers, Andretti losing by just 0.0635sec, the third-closest winning margin in Indy 500 history.

Last August, Andretti won pole position but was outdragged by Dixon at the start of the race and never led a lap, on his way to a 13th place finish. This year Andretti has qualified only 25th but actually said he prefers this scenario because his car feels strong in race trim after the team discovered what had been dragging his speed down through practice and qualifying.

“We’re lucky we made the race,” he said. “We found an issue after qualifying. We changed everything mechanically in the car, and the whole week I was saying ‘There’s something aero that’s dominating the car,’ and it doesn’t matter what we change, it’s the same characteristics, the same speed and we’re just slow.

“Then we found it was the floor. We changed the floor and picked up downforce and lost drag, and we were right back in the game. So I was bummed we qualified where we did but I’m super confident after Sunday with the racecar. I feel way better about the race this year than when I was on pole last year. So if I had to pick, I’d rather be in this scenario.”

Check out our Indy 500 Preview podcast, starring Will Power:

He later expanded on last week’s troubles, recalling: “I never even doubted it. Even Dad and I in our meeting every night, we were saying, ‘There’s something wrong, there’s something wrong’. And we couldn’t find it. The engine actually lost an injector and we put a new engine in, and I was saying, ‘it’s aerodynamic’. So we found the floor was actually broke and that’s something that comes with experience, something that I was able to say ‘it’s aerodynamic’ and shift the focus towards that. Because I would probably have raced that floor if I was a rookie and I don’t know anything else.

“But we found it and we lined up Sunday [for post-qualifying practice] and we have a car that can win the race all of a sudden. I wasn’t even looking at speeds and we were in the top 10 again, whereas in the week I had been getting tows that should have put me a mile-an-hour clear of anybody and I was 20-something… We were carrying out more drag and less downforce and you put [the new floor on] and it’s no magic.

“So I’m bummed that we don’t have track position but happy we made the race and we can play, and now we can really play.”

Andretti also praised his race engineer for this year, Eric Bretzman, who is the team’s technical director.

“We have a pretty good operation here. If you look last year where we were weak, in this race in particular, we changed the engine and we lost the [speed that earned us pole]. As soon as we lined up on Carb Day, I knew I was out of the race. And then pitstops did the rest of it.

Now the team has made huge strides in pitstops since that race last year, so a lot of the problems we had last year I don’t feel we have this year.

“And [Bretzman] is just a natural, a really smart guy. He worked with Scott [Dixon] a lot. And him and I do most of our work by text, because him and I have so much experience. It’s been really good…it’s just been easier, and normally when stuff goes pretty good with race work and stuff, it’s supposed to be easier.”

Here4dBesthttp://here4dbest.com
Previous articleLow speed performance “not a given” after Monaco pole
Next articleWhatstheconnection Becomes First Winner for Connect

Stanaway drives a V8 for the first time since retiring

The 29-year-old cut what were his first serious laps in a racing car since walking away from the sport off the back...