Joe Biden’s chief medical adviser has called on China to release the medical records of nine people whose illnesses might provide vital clues into whether Covid-19 first emerged as the result of a lab leak.

Dr Anthony Fauci, the head of the National Institute of Allergy and Infectious Diseases, or NIAID, told the Financial Times that the records could help resolve the debate over the origins of a disease that has killed more than 3.5m people worldwide.

Shi Zhengli, the institute’s leading expert on coronaviruses, has previously denied there were any infections at the lab — a claim Fauci did not dispute, but said should be investigated further.

“I would like to see the medical records of the three people who are reported to have got sick in 2019,” Fauci said. “Did they really get sick, and if so, what did they get sick with?

“The same with the miners who got ill years ago . . . What do the medical records of those people say? Was there [a] virus in those people? What was it? It is entirely conceivable that the origins of Sars-Cov-2 was in that cave and either started spreading naturally or went through the lab.”

The state department did not immediately respond to a question about whether the Biden administration had asked China for the medical records.

I have always felt that the overwhelming likelihood . . . was that the virus jumped species. But we need to keep on investigating until a possibility is proven

Covid-19’s origins have become one of the most contentious questions of the pandemic. Donald Trump, the former US president, said last year he thought the coronavirus had leaked from the Wuhan lab, but he was widely dismissed by most of the scientific community, who argued it was far more likely to have naturally jumped from animals to humans.

However, the lab leak theory has gained traction in recent weeks after a group of prominent scientists signed a letter arguing it should be taken seriously. There has also been a renewed focus on the Wuhan researchers who were sent to hospital weeks before the first case of Covid-19 was officially recorded.

Biden last week ordered US intelligence services to come to a conclusion within 90 days about what started the pandemic. The White House said two branches of the intelligence community believe the Sars-Cov-2 virus was transmitted naturally, but a third believes it came from the Wuhan Institute. None of the branches have a high level of confidence in their conclusion.

Fauci has been accused, especially by conservatives, of playing down the lab leak theory, in part to protect the reputation of NIAID, which helped to fund controversial bat research at Wuhan.

David Asher, former head of the state department’s Covid-19 origins investigation, questioned why Fauci was only seeking the medical records now. He pointed out that the Trump administration said publicly in January that US intelligence believed the Wuhan scientists had fallen sick with symptoms of the virus.

“I’m stunned that Fauci would now ask this question,” said Asher, who is now at the Hudson Institute, a conservative Washington-based think-tank.

Asher added that while he respected Fauci, he was frustrated at what he perceived as a lack of interest at NIAID and its parent agency, the National Institutes of Health, into pursuing the possibility that the virus had leaked from the lab. 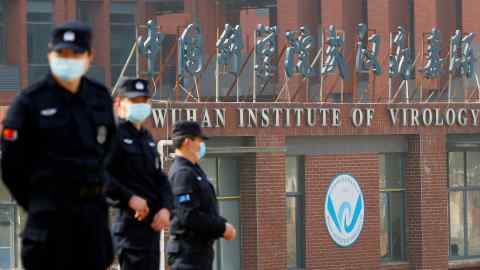 Fauci told the FT he continues to believe the virus was first transmitted to humans via animals, pointing out that even if the lab researchers did have Covid-19, they could have contracted the disease from the wider population. But he said he thought the question warranted further investigation, not least because of the renewed public interest.

“I have always felt that the overwhelming likelihood — given the experience we have had with Sars, Mers, Ebola, HIV, bird flu, the swine flu pandemic of 2009 — was that the virus jumped species,” he said. “But we need to keep on investigating until a possibility is proven.”

He dismissed the idea that his organisation might bear any responsibility for the pandemic, however, saying: “Are you really saying that we are implicated because we gave a multibillion-dollar institution $120,000 a year for bat surveillance?”

How to Properly Clean Your Designer Purse – Couture USA

Should You Tell Work About Your Breast Cancer?