Arsenal boss Mikel Arteta has rued the decision to overturn the penalty his side were awarded in their 1-0 defeat to Everton.

A Bernd Leno error gifted the Toffees a 1-0 win, their first success at the Emirates Stadium. The result leaves Arsenal trailing Carlo Ancelotti’s side by six points having played a game more. Therefore, there hopes of qualifying for Europe next season look to resting on success in the Europa League.

But Arteta has been left angered by another VAR call that went against his side more so than the result.

The Gunners were given a spot kick early in the second half after Richarlison fouled Dani Ceballos. The initial video review confirmed the foul, but then overturned the decision after ruling that Nicolas Pepe was marginally offside earlier in the same phase of play.

And Arteta can’t understand how the decision was made, believing it has cost his team.

“To disallow a goal 15 seconds before, eight or nine touches [later]… I saw it 10 times and I cannot see it. But you can draw the line however you want. How thick you want. When the moment the ball leaves the foot… I don’t get it.”

Asked if he felt VAR calls were a lottery, Arteta added: “The lottery can be taken the way they want. Zero control. Because if there is an offside action and it goes to a corner, if they score from that corner it is a goal, and they were two metres offside. Somebody has to explain that.” 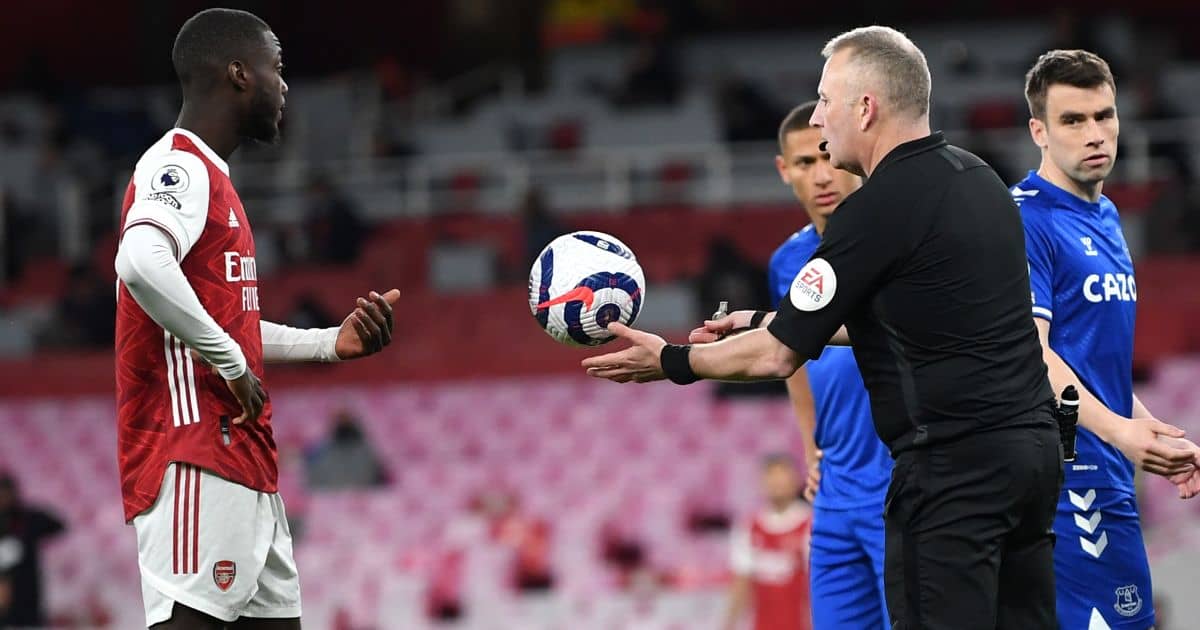 Before conceding in the 78th minute, Arsenal had been on top and were looking more likely go on and get the win.

With that in mind, Arteta feels the Gunners deserved at least a point. But he did accept they weren’t clinical enough with the opportunities that did come their way.

“We were the better team, but we lacked some clear cut chances and a bit more edge in the final third,” he said.

“But I think that we didn’t deserve to lose the game. We weren’t enough threat or [have] enough quality in the final third to open them up. It’s true that they are very well organised, but we conceded the goal in the wrong moment and when we had the penalty it wasn’t given.”

And having followed up the home draw with Fulham with a defeat, the Spaniard admitted team morale has taken a hit.

“It’s damaging for the confidence because in the last two games we’ve lost five points at home and it should have been a completely different result. But this is what it is.”

Arsenal take on Villarreal in the first leg of their Europa League semi-final on Thursday.

READ MORE: Mohamed Elneny has taken aim at former boss Unai Emery as he prepares to take on the Spanish manager next week.