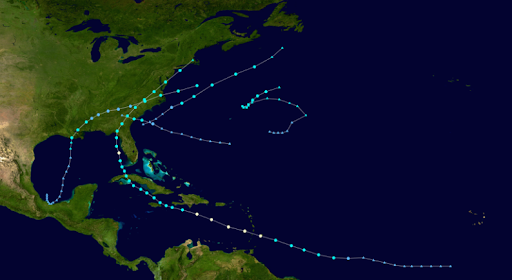 …this is what I call East Coast Loaded.

It doesn’t mean that some named storms will impact the Gulf of Mexico states nor does it mean that many will get away recurving up the Atlantic but there is a current pattern of impacting the East Coast.  Florida of course is part of the East Coast even though many think it’s a country to itself.  We are now into August and the tropics should heat up over the next week to ten days when more possibilities have a higher percentage of probabilities to develop. The water is warmer and each day the Saharan Dust is less predominant as each new wave complex takes another bite out of the dust. 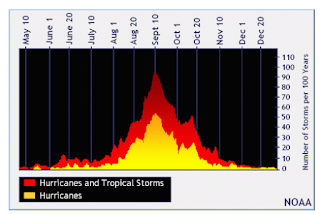 Weather is day to day and CLIMO is the cumalative summary of day to day weather average out that indicates what will happen sooner or later in your current time period. Note the “stairs” up this hill are not of equal height but there are ledges and steep climbs, plateaus and then a steeper climb again. Early August shows some growth in tropical development later August jumps higher as it lunges towards September. The map below shows that almost anywhere is in play for development, though closer in is active in the Atlantic and the Eastern Pacific is in it’s prime this time of year. As always we often take turns as there can only be so much energy in the environment at one time and soon the Atlantic becomes active.

Again this map shows you best…..

…this is EPAC Season.

The hurricane season officially begins on June 1st, though we have had tropical systems in almost every month of the year, but the real season starts in late August when the flip has been switched and we edge cloer to Meteorological Fall.  1992 the first Hurricane of the Season Andrew moves towards South Florida. Numerous waves ignite and develop a low pressure system and we get Invests out in the MDR. The Atlantic comes alive and sometimes a wave that couldn’t fire up fires up in the Caribbean and turns into Camille.

No nothing is going on officially and models are just beginning to see waves that make it across the Atlantic (or try) but fighting CLIMO is like thinking it won’t be a cold winter because it’s early October and it’s not that cold. But, that same year you are freezing your butt off in January.

This is the time of year I go on long rants usually. There is no football, there are no named storms and yes I do have other hobbies and interests but Fall is around the corner and I can almost smell the Pumplin Spice Latte and I’m still bit surprised when I look at the satellites that there is nothing going on and then I remember again I could have a V8 or 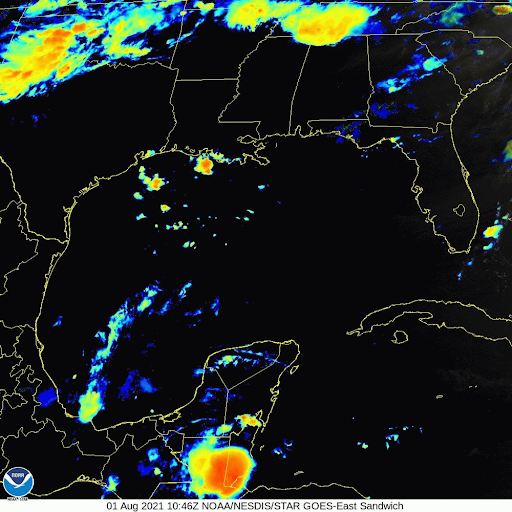 There is always something happening…

…even when the NHC says “no worries”

Nothing to woryr on but much to watch. 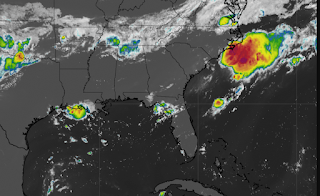 The front and the Low off the Carolinas.

Bit of convection in GOM.

For today I’m on staycation in Raleigh.

Raleigh is a pit stop this summer it seems.

A cool front approaching will do that.

Here4dBesthttp://here4dbest.com
Previous articleIs Trust or Innovation More Important for a Brand in 2021?
Next articleVettel “disappointed” to finish second in Hungary behind faultless Ocon