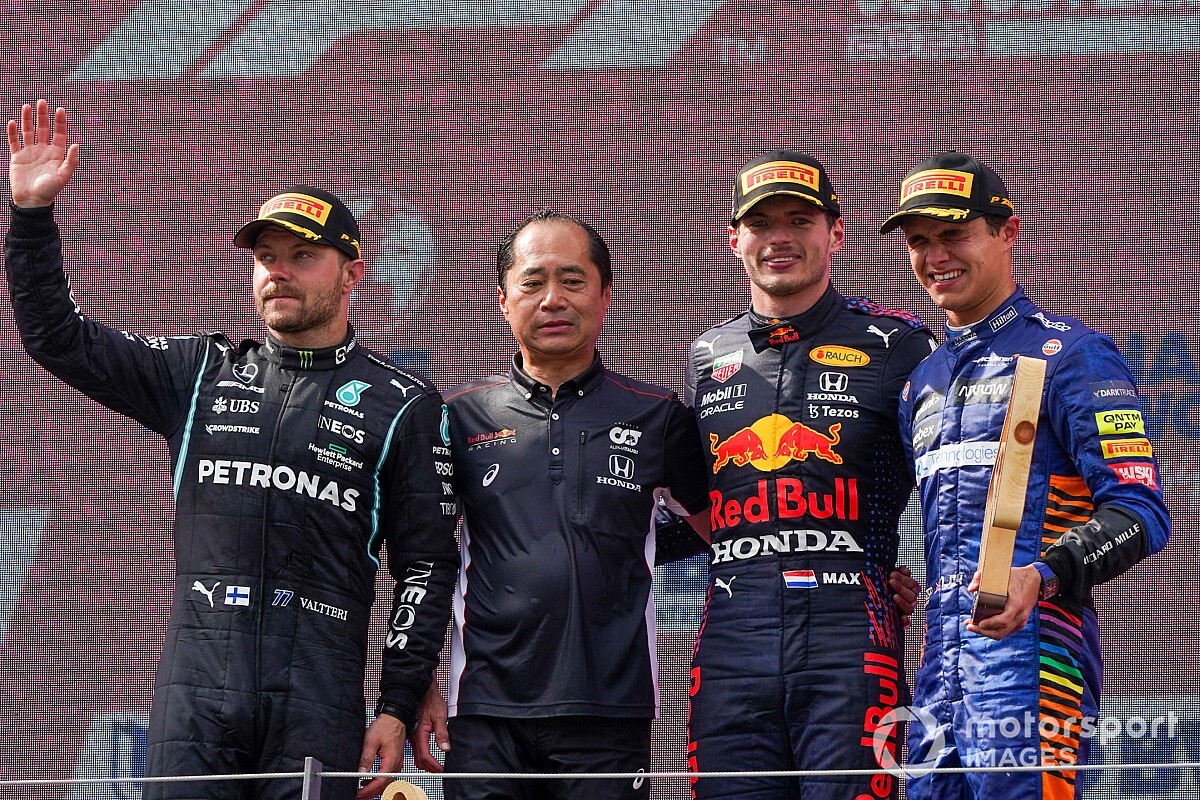 The second race in two weeks at the Red Bull Ring offered no change at the very front as Verstappen scored pole, the fastest lap, the race win, and led every single lap to record his first career grand slam.

It was a fine reward for the tens of thousands of orange-clad Dutch fans who had travelled to Spielberg to cheer on Verstappen, who extended his championship lead over Lewis Hamilton to 32 points.

It proved to be a difficult day for Mercedes as damage on Hamilton’s car caused him to slip to fourth, allowing Lando Norris to score his third podium of the year with an impressive display.

But Norris’s race was not without drama as he picked up a five-second time penalty early on for a clash with Sergio Perez, who in turn was involved in two separate incidents with Charles Leclerc later on. A busy day for the stewards was capped off post-race as 10 drivers were summoned over various incidents, with three receiving penalties.

PLUS: How Norris and McLaren finally took on F1’s top teams “on merit”

Recapping all of the action from Sunday’s Austrian Grand Prix, Ariana Bravo is joined by Autosport’s F1 Reporter Luke Smith and Motorsport Network’s Director of Digital Strategy Jess McFadyen for the latest edition of The Autosport Podcast.

You can listen to the podcast using the player below, or via all good audio platforms including Apple Podcasts, Google Podcasts and Spotify.

Here4dBesthttp://here4dbest.com
Previous articleExtra Space Storage: Mr. Market Loves The Stock As Much As I Do
Next articleBeautifully Brave: An Unconventional Guide to Owning Your Worth with Sarah Pendrick

Being in clean air critical to showing Ferrari F1 form

Ferrari has shown flashes of speed during the 2021 F1 season, with Charles Leclerc's two poles in Monaco and Azerbaijan particularly highlighting...