Baby It’s Cold Outside……… in Raleigh………. A Non-Tropical Coastal Low Will Cross Florida and POP Up Off the Carolina Coast. Wanda is Wandering. How Cold Will Next Week Get?

Baby It’s Cold Outside……… in Raleigh………. A Non-Tropical Coastal Low Will Cross Florida and POP Up Off the Carolina Coast. Wanda is Wandering. How Cold Will Next Week Get? 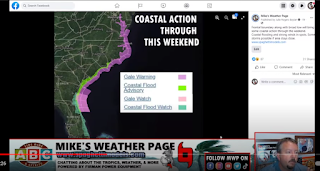 I watched Mike this morning on YouTube way after he got done talking on old Chili and his love of She Crab Soup, so if you are wondering what to get him for Christmas… if you have a source for his favorite soup – now you know what you can get him! I don’t cook it personally, but it’s a big favorite in the Carolinas.   What’s also big in the Carolinas today is weather, and our weather feels a bit more like winter than Autumn but I’ll take it. We aren’t expected to get out of the 40s today so if that verifies I don’t see why all the talk on the next cold system coming through and down into the South is over blown as it’s pretty cool out there today. 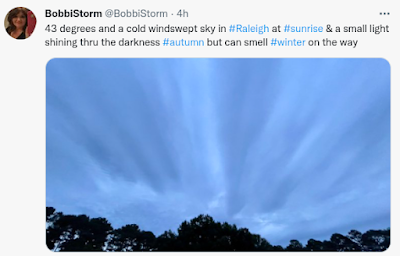 I wokd up early this morning, I didn’t go back to sleep and I remembered we were turning the clock back this weekend so I figured I’d get dressed ane enjoy an early morning walk at sunrise. There wasn’t much color this morning as a multi-level, layered sky filled with clouds and a bite in the air that felt more like Winter than Autumn. I love it. I’m that child that kept checking the temperature when a cold front made it  into South Florida every half hour to see how low it would go temperature wise. I’m still like that. It was actually 44 degrees when I went outside but dropped down lower while out there. Truth in reporting is important (Journalism 101) so I had to double check and it had dropped down to 43. My fingers felt cold. I smiled. There’s a reason I stayed up North here in North Carolina, that thinks it’s all Southern but it’s got the name North in it so… know it can get pretty cold here if the winter delivers.

As for the tropics…….

… nothing going on except Wanda.

…slamming the coast with strong winds.

NHC ignored it until it got further out at sea…

Like a child playing with an Etch N Sketch.

I think I spelled that right.

I had a cousin who loved to play with his….

My Aunt would say “told you not to do that!”

You must be wondering on that old yellow Invest?

Or maybe you gave up on the tropics. 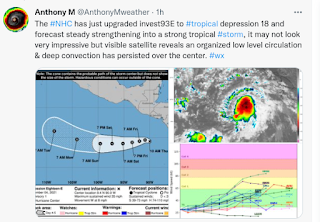 It just became a depression in the Epac!

All our tropical waves seeded the Epac.

They stayed low and went Westbound!

I’m just going to throw this out here because not sure if anyone is reading it as it’s quiet and I’m tired of people .. meteorologists… waxing poetic on the strength of the hurricane season “way late into the season” due to a wide array of reasons that sounded perfectly logical in any other year but none of them panned out. I mean NONE OF THEM PANNED OUT. And ever bored news service kept posting them as if they were from the bible or whatever you hold as holy. It was already obvious that many areas normally active were misplaced this year and nothing was working the way it normall does. However, from the MJO to the heraled La Nina and many other reasons in between everyone promised (based on modeling) a very active hurricane season going deep into November.  Hey we could get a November storm, it does happen especially in odd years but no it has not been busy late into this season. We seem to have gotten a lucky break so hope you all enjoyed it because winter does look, currently, to be busy.

The problem with models is we buy into the crazy scenarios and the ones that verify our wishes for epic snow falls or hurricanes that do a Fujiwhara dance.  Usually the epic snow falls don’t verify, though sometimes they do, and often the Fujiwhara is more a yawn and only verifies if you blur your eyes and pretend you see it!

I say this in the summer when looking at tropical waves and I say this in the winter when looking at Polar Vortexes showing up on long range models. You watch the models, you check back on the next run and you wait to see what patterns are verfiying in real time on current satellite imagery. You check the water vapor loop and you watch Alaska to see what may or may not move Eastward later in the forecast period.

Nuff said on that…

The predictions for a cold week in Raleigh verified! Yay! So wearing my warm red flannel pajamas that I got from you know where and have socks on and smiling. The outside air is “air conditioned” and I may actually take the little fake fireplace space heater down and set it up for the next colder front that verifies. 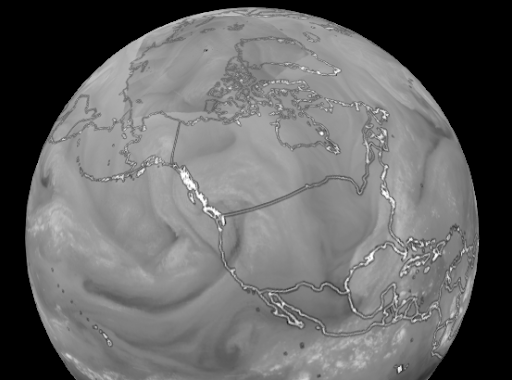 If i can see it will verify here……

… I may fall in love with that model run! 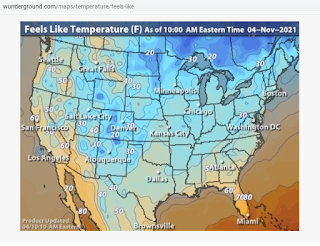 A wunderground product above..

Look at those blues…

… will see if anything has changed.

It’s possible the NHC could blink on the system that forms in the Gulf of Mexico and crosses Florida bringing with it windy, wet weather but I don’t think so. But it’s hard to second guess them these days so keep watching.

Long loop but a good one! Use it …you can turn the world around!

It’s an original but as we are moving into Chocolate Mint Mocah Fraps from Pumpkin Spice Latte… this is my baby brother’s favorite singer… and he does love this rendition. 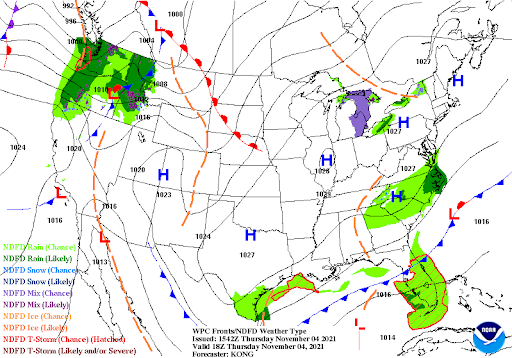 The problem with fronts that make it down to Florida is they tend to stall out and sometimes a low pressure system at the bottom end of the front rides said front across Florida and wraps up into a bit of a coastal low off the Carolinas. Some years they become tropical possibilities, but this year it’s just pretty much a windy, rainy day for the Carolinas at the coast. Originally there was talk it would form closer to the coast creating a messier scenario but currently models show it more offshore with less wind and less rain.  Either way it will bring weather even if it doesn’t have any kind of name.

Roller Coaster January 2022 Stock Market. Winter Storms. Florida Colder Than Alaska?? A Look Back at Disneyland in the 80s … Partying All Night...