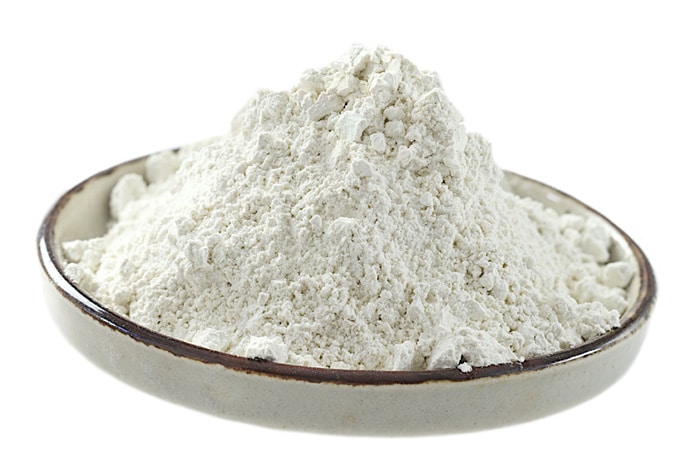 A lot of websites make claims about the ability of bentonite (montmorillonite) and other clays to detox bad bacteria, viruses, parasites, etc. from the gut.

For example, here is a statement I saw again and again, on literally dozens of sites:

According to the Canadian Journal of Microbiology, bentonite can absorb pathogenic viruses, the mold aflatoxin and pesticides and herbicides including Paraquat and Roundup.

Now here’s the thing: I know from my own experience, discussions I’ve had with MDs and NDs, and my own readers’ experiences that this statement is true. BUT I still like to see the data. Especially if you’re going to quote a scientific source.

However, the only reference I could find for this statement (quoted on numerous websites) was: Canadian Journal of Microbiology, 1985, 31: 50-53

Looks legit, right? Who would question a reference like that? Well….. after searching that publication, I believe the article all those websites are referring to is this one (it’s the only article in that issue that is even content-related):

But guess what? This paper does NOT actually support that statement! I won’t bore you with the whole thing, but just this first sentence gives you an indication that this paper is not making the claims put forth in the statement quoted on so many websites:  “Competitive adsorption studies indicated that reovirus type 3 and coliphage T1 did not share common adsorption sites on kaolinite and montmorillonite”…

SO, then of course, I had to go and find the legitimate scientific research to prove that bentonite clay does indeed help the gut to detox by adsorbing disease-causing bacteria, viruses, mold, parasites, etc. and carrying them out of your body via your feces (poo).

Because, I used to carry a fantastic stool softening and bulking agent called MetaCleanse in my LTYG Shoppe that contained bentonite clay (along with psyllium and flaxseed – just a great combo) and I want my readers to know that I’m telling them the truth about it. Likewise, we also carry just straight bentonite clay – and I have used this myself in large amounts for a two-week cleanse and detox. Followed by lots of probiotics, of course! Since the manufacturer has stopped producing MetaCleanse, in its place you can use 1 tbsp. sprouted flax and chia powder (available locally and online at various sites; you may have to purchase the two powders separately) along with 1/2 tsp. bentonite clay.

The point about bentonite and other clays used as an “intestinal broom” is that they don’t just carry out the bad bacteria. Clay cannot distinguish between species of microorganism – it just adsorbs it all and carries it out! So let’s also talk about that word “adsorb” – no it is not a spelling error and it has a different meaning to the word “absorb”.

The value of montmorillonite (the active ingredient in Bentonite) lies in its ability to adsorb (not absorb) many times its own weight and volume in a liquid medium. It has a predominantly negative charge that is capable of attracting many kinds of positively charged particles. Bentonite Clay’s structure assists it in attracting and soaking up toxins and contaminants on its exterior wall and then drawing them into the interior center of the clay where they are held and then excreted out in your stool.

It is this sponge-like quality of the Clay that makes it a good anti-diarrhea substance whilst detoxing your body! However, since montmorillonite draws both good and bad bacteria out of the intestines, if your bacterial flora is unhealthy, this is a good thing. But, if you’re supplementing with probiotics, trying to implant a healthy bacterial flora, then you certainly don’t want to be ingesting large amounts of a substance that’s going to pull all these good bacteria out of your gut as well!

Bentonite For Detox Or To Stop Diarrhea

Therefore, I would only use large amounts (2 tablespoons or more) of pure Bentonite Clay in the short-term for detox or to stop diarrhea and then get yourself on the high dose probiotic supplementation that will address the root-cause of your diarrhea. For two weeks at a time, every so often, high dose bentonite clay provides a good, but gentle detoxification – and then follow with oral probiotics and Jini’s Probiotic Retention Enema.

However, your best option for alleviating ongoing diarrhea or constipation may be to use a combination of psyllium, flaxseed and bentonite clay. As long as you only use a small amount of bentonite per serving, it is safe for ongoing use and of course you would not use it together with your probiotics anyway.

A rule of thumb if you are using ANY detox, or stool bulking agent, or ‘intestinal broom’ is to take it 2 hours away from your probiotics – since you want your probiotics to implant and stick to your intestinal wall, not be carried or detoxed out!

So here’s another important distinction: If you use just bentonite clay on its own (1 tablespoon or more), it absorbs a lot of water and so can be used to stop diarrhea, or in people with normal bowel function, it can cause constipation.

BUT, when it’s used in smaller amounts and in combination with stool bulking/softening agents like ground flaxseed, psyllium or chia it relieves constipation, because it makes your stools soft and spongy; stimulating peristalsis and making them easier to pass. Hence, in both conditions, it helps avoid hemorrhoids.

So for a powerful detox, you may want to use the bentonite, on its own, for 2 weeks or less. But for ongoing or intermittent diarrhea or constipation, or a more gentle detox, combining bentonite with sprouted flax and chia seed powder would be the better option. Use 1/2 tsp. bentonite to every 1 tbsp. of chia/flax. This will bulk up your stools and help absorb the excess water in diarrhea. If you suffer from constipation, it will keep your stools soft and spongy, stimulating peristalsis and making them easier to pass. Hence, in both conditions, it helps avoid hemorrhoids. Used at a low dose like this, and taken at least 2 hours away from probiotics, bentonite can be used ongoing.

Anyway, now that you understand more about how bentonite works, let’s get into that hard, scientific proof I was talking about, it’s short, but sweet…

“Because of the ubiquitous and widespread occurrence of clays in soils and sediments, it is not surprising that clays were long used for the control of toxic materials albeit at a small scale or only locally. For example, ‘Lemnian earth’, known only by its location, was used medicinally in ancient Greece and Turkey to counter the effects of snake-bites and poisons, and to cure festering wounds (Robertson, 1986). Likewise, Sudanese villagers long the Nile long used a local clay – recently identified as bentonite – to purify the river’s turbid water. As a consequence, these people suffer fewer gastrointestinal disturbances than other communities nearby. Experiments showed that viruses (Lund and Nissen, 1986), parasites (Olsen, 1987) and many types of bacteria (Madsen and Schlundt, 1989) are removed from the water through addition of the clay, probably acting as both an adsorbent and a flocculant for the disease-bearing organisms.”(1)

So there you have it: viruses, parasites, bacteria, poisons – pretty great stuff eh? But wait, there’s more…

“Clay therapy is based on the ability of clays and clay minerals to adsorb and retain harmful and toxic substances. The beneficial effects of these materials to human health, notably in the treatment of gastrointestinal disorders, were recognized. Indeed the eating of clay (‘geophagy’) was practiced since antiquity in all parts of the world.
Examination of the diets of certain tribes in the high Andes of South America and central Africa, and those of Australian aborigines, showed that these people use clay to avoid getting stomach-ache, dysentery, and food infections.
Although recent research confirmed that clays and clay minerals possess general curative properties, it is the treatment of disorders that remains the focus of attention. By adsorbing ‘aggressors’ (infectious factors) of the gastrointestinal mucosa barrier, these materials can serve as both prophylactic and therapeutic agents.”(2)

In addition, clay can also be used externally (on the skin, in a bath, in a poultice, etc.) for a variety of therapeutic purposes, but that’s another blog post!

p.s. I’d like to offer an invitation to all the clay websites currently quoting the wrong data, to please come here and copy/paste the correct stuff! And please feel free to double-check my sources… 🙂