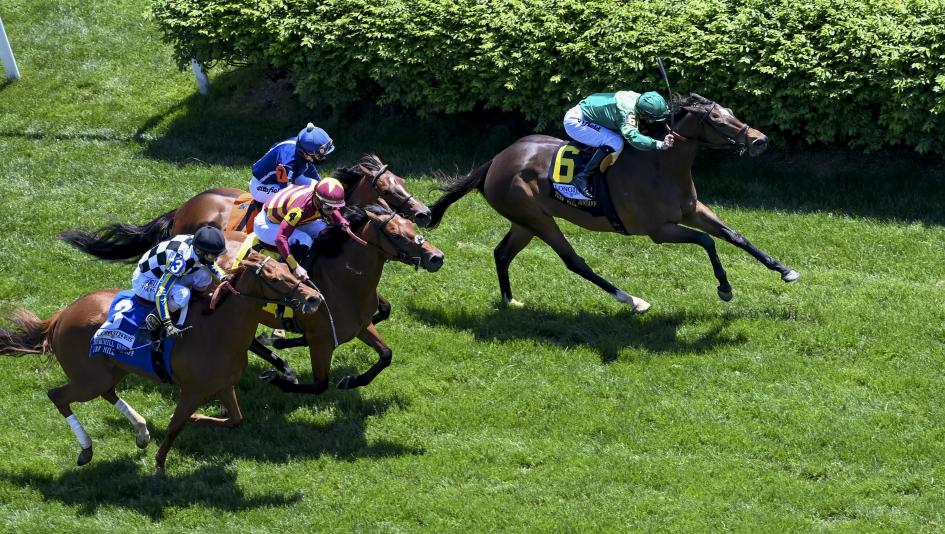 America’s Best Racing and handicapper (and avid gambler) Monique Vág team up to provide horseplayers with their best bets of the weekend.

Vág will identify her top picks as well as at least one longshot play of the weekend, a nice opportunity to swing for the fences on a win bet or to take a shot with a show bet. She also will occasionally look for strong exacta plays for the weekend or try to spot a nice opportunity for other wagers.

#4 Rising Seas: Looked really good in her 2021 debut sprinting at Keeneland where she came through as the short-priced favorite. This was her first start in more than eight months and only second start since November 2020, so it might take a bit of time to see this filly at peak fitness. Look for her to show off some of that early speed once again as she’s been very strong when getting to the lead. She’s also had a lot of success at Churchill Downs winning 2 of 3 career races. Her success here adds to the appeal.

#5 Fire Coral: The favorite, #1 Crystal Ball, is going to be tough in here especially coming off a victory in her most recent start, however if she goes off anywhere near the 6-5 like her morning line then she is completely unplayable.

This filly is an intriguing option especially at double-digit odds because she is capable of putting up quick times, but also could be very dangerous if able to work out a stalking trip. Expect her much sharper making that second start after quite some time away and getting new jockey Brian Hernandez Jr. on board.

#2 Curvette: Broke her maiden first asking at Santa Anita Park sprinting where she was the easiest of winners pulling away late. This time around, she tries her luck versus horses who have victories to their name, however this field did not come up too tough.

Expect her to show off that early speed and most likely press the pace. Trainer Bob Baffert has had a lot of success within the allowance ranks clicking at a 31% rate, and a similar number of 30% with a large number of starters in sprints. She surely will be a shorter price at post, but looks like a very logical single in your multi-leg wagers.

#9 Third Draft: Made up so much ground on her debut two starts back in her debut race on Lasix (furosemide) to rally for third. She followed that effort up a month later with a runner-up finish losing by only a nose. In her most recent try she was a lot closer and once again rallied nicely.

Saturday she gets to try her luck versus a field with not a ton of early speed. That could help this filly with being positioned much closer and left with a lot less work to do late.

Jockey Luis Contreras guides Boardroom to victory in the $100,000 Duchess Stakes. Boardroom is owned by LNJ Foxwoods and trained by Hall of...