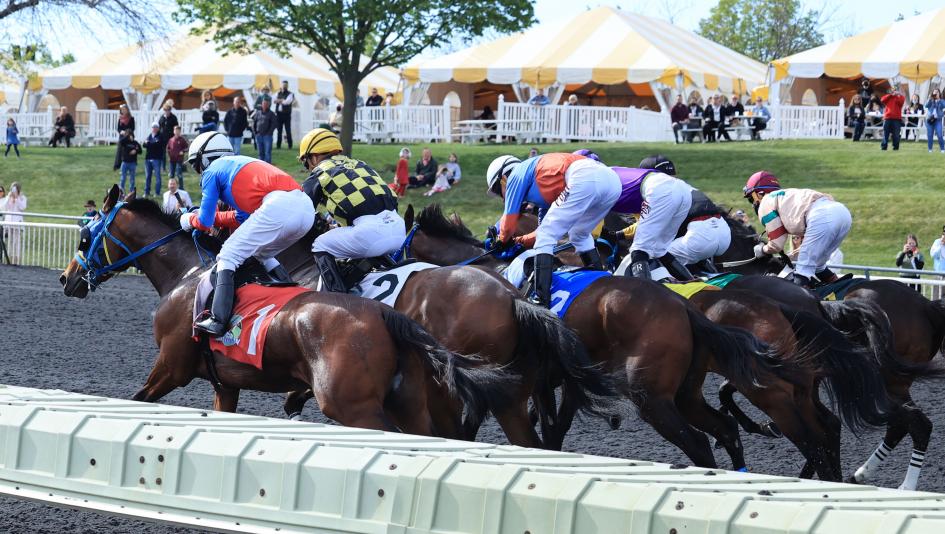 America’s Best Racing and handicapper (and avid gambler) Monique Vág team up to provide horseplayers with their best bets of the weekend.

Vág will identify her top picks as well as at least one longshot play of the weekend, a nice opportunity to swing for the fences on a win bet or to take a shot with a show bet. She also will occasionally look for strong exacta plays for the weekend or try to spot a nice opportunity for other wagers.

#9 Racarino: He got involved in a speed duel in his last start and unfortunately was not able to hang around late for a piece as he ultimately tired. This was his first try on Lasix (furosemide) and first start in over seven months away from racing.

This time around, he tries his luck getting back on a regular racing rotation and gets jockey John Velazquez on board. There’s lots to like backing this runner, especially against a group that doesn’t have a lot of early speed. He should be controlling the pace early in an attempt to wire the field.

#5 Royal Prince: He’s raced very well versus stakes company on the turf which gives him a big leg up over some of his other main rivals in this race who are trying a new surface for the first time. Another thing to like with this colt is that he’s returning to racing shorter, back at the one-mile distance.

He’s been at his best working out stalking trips and with speed drawing both inside and outside, look for this colt to be involved in the mix early on, waiting for his chance to track down the leaders. He’s going to be tough versus this group.

#8 Maxfield: He enters Saturday as a winner of six of seven career races and has employed varying running styles. This colt is as versatile as it gets and that really could come in handy when he watches the action unfold right from the starting gate as he has the option of either setting the pace or working out a rallying effort.

Along with a nice purse, the extra incentive comes with winning this stakes race as it is a Breeders’ Cup “Win and You’re In” event for the Longines Classic. That just adds to the appeal with this runner. While his odds may be too short to bet just to win, look to maximize value and single him in all of your exotics and multileg wagers.

#7 Abby Hatcher: She started her career out racing on the all-weather surface in Ireland before making the move to North America. Here, she began her career out with two tries over the synthetic before most recently racing on turf for three starts. Now she’s going back to the synthetic, and her experience racing over this surface could really come in handy along with her particular racing style from off the pace.

If she’s able to save some ground early and angle out in deep stretch with clear racing room, expect to see her light up the toteboard with a big upset.

With regular caddie out, Lexi Thompson starts 2nd round of Tokyo Olympics tournament with new one by side

Save the Penguins! – Watts Up With That?