Binotto “expected something better” from Ferrari in Baku GP

Binotto “expected something better” from Ferrari in Baku GP


In Baku Charles Leclerc took his second consecutive pole of F1’s 2021 season, albeit helped by a late red flag which prevented others from attempting a second flying lap.

In Sunday’s race, Leclerc was soon overtaken by title contenders Lewis Hamilton and Max Verstappen and then got into what he described as a “vicious circle’ of battling cars who appeared to have better pace than he did.

After fighting AlphaTauri driver Pierre Gasly in the final two-lap shootout Leclerc finished in fourth, unable to capitalise on the absence of Verstappen and Hamilton and grab a podium.

Team-mate Sainz didn’t fare much better, having also dropped three positions compared to qualifying after going down the Turn 8 escape road on his outlap on hards, which prevented him from finishing higher than eighth. 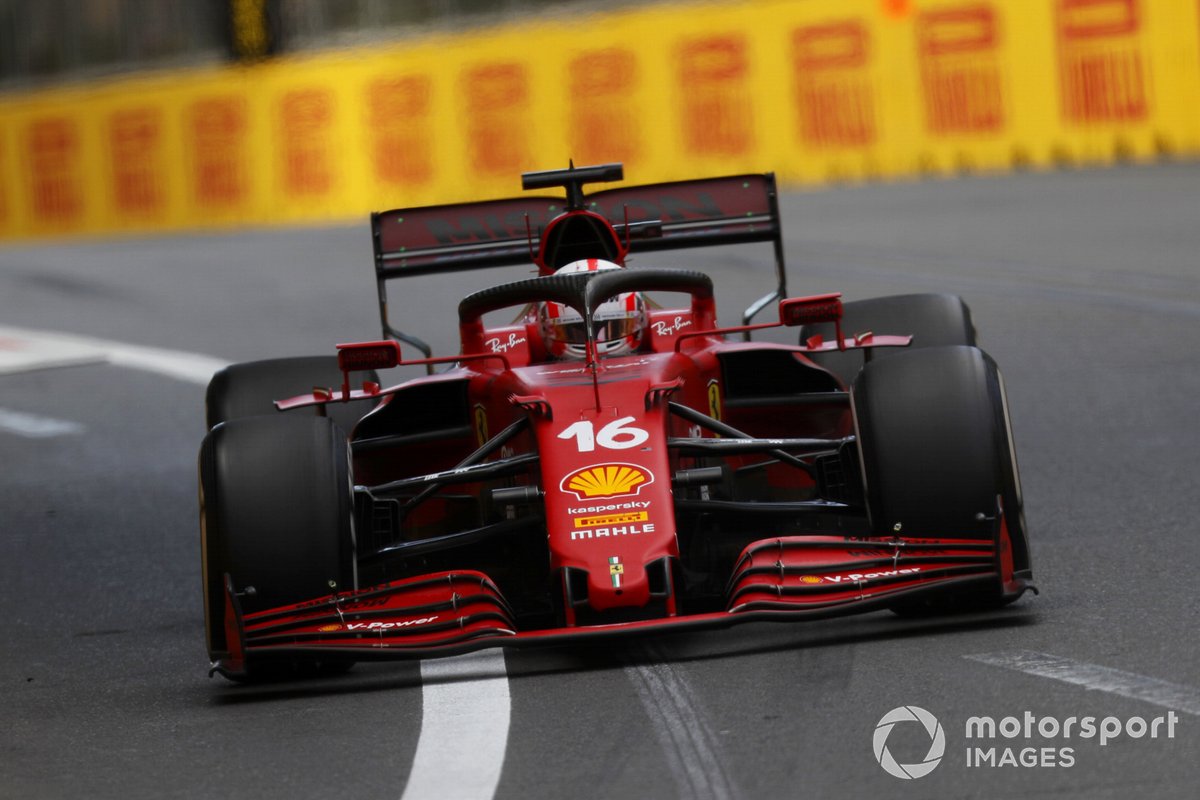 Team boss Binotto admitted Ferrari didn’t have its finest hour in Azerbaijan, saying the team’s lack of race performance came as a surprise after another “outstanding” qualifying session.

“I think we were expecting something better after the qualifying, because it has been a difficult race,” Binotto said.

“We have not been perfect in many areas, and I think overall the result is what it is, but as usual it may be a lesson learned.

“There are things that can be improved, I’m pretty sure that reviewing the entire race, we will find areas of improvement and that’s important for us.

“Overall, I think it’s still a good weekend, and we should keep our heads up and positive. We had made a pole, which I think was outstanding.”

Ferrari’s silver lining in Baku is that it overtook McLaren for third in the standings, leading the Woking team by 94 points to 92 after six races, even if the difference should have arguably been bigger.

“Finally, we are third in the constructors’ championship, since the restart of the season it never happened,” Binotto added.

“It’s only by two points, but it’s showing somehow we are progressing. I think there are positives in the weekend, but certainly again as I said, things to be learned.

“Now we’ve got three races in a row in the next weeks, which will be important. So certainly, we remain focused, concentrated and fighting to get better in the future.”

Here4dBesthttp://here4dbest.com
Previous articleDates, Conference Times, How To Watch, Badges, Everything You Need To Know
Next articleAbbring to contest World RX campaign with Renault Megane

Jacques Laffite 2021 Beyond the Grid interview

PMI famously enjoyed title sponsorship with Ferrari through its Marlboro brand from 1997 until a clampdown on tobacco sponsorship in the late...

What are Cristiano Ronaldo’s diet, workout and fitness secrets?