A dolos (plural: dolosse) is a large prefabricated pre-cast concrete element. In extensive coastal engineering projects large numbers of them are typically interlocked to form breakwaters – barriers that protect shorelines from the impact of waves. BREAKWATER brings together these infrastructural elements and gives them a colorful coating and a soft rubber base to make a playable ‘social infrastructure.’

Our project salvages four of these seven-ton elements, which were originally fabricated for an Army Corps of Engineers project on Lake Erie, and places them in the context of the city. 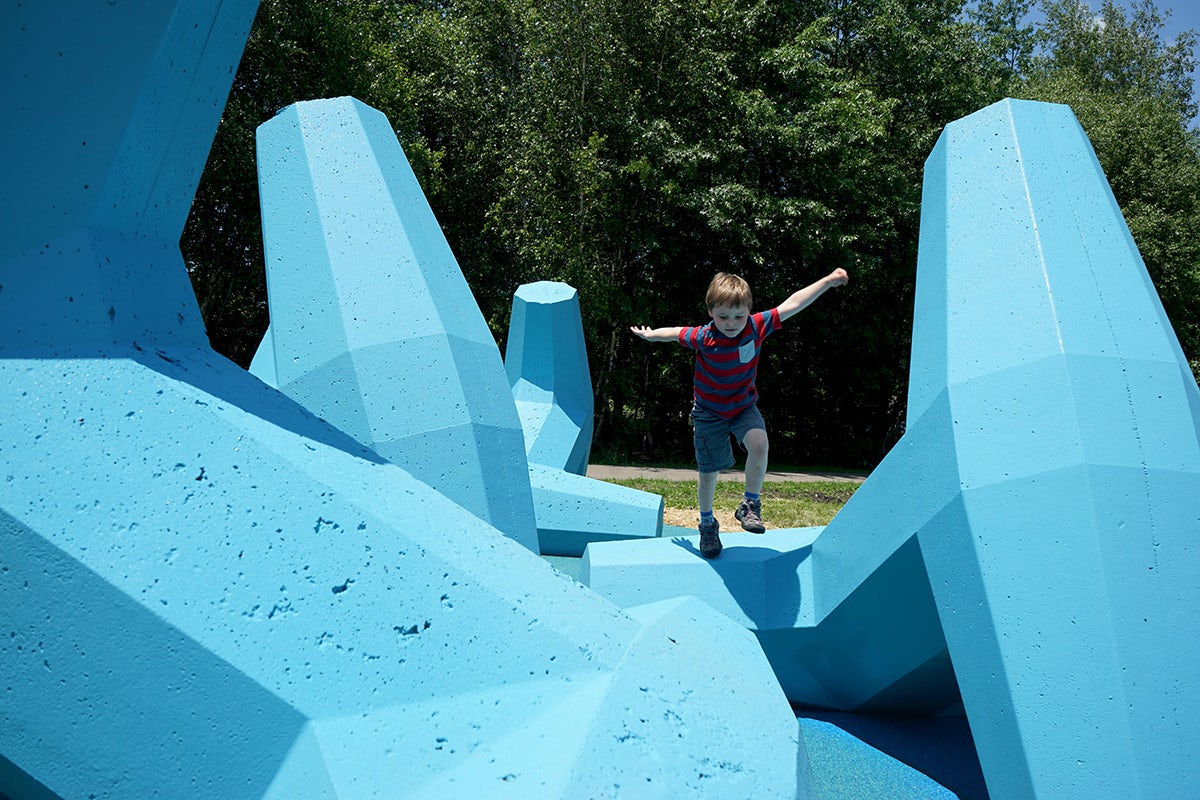 This allows the infrastructural scale and utilitarian nature to be decontextualized, and for the sculptural shape of the dolos to be appropriated for human-scaled uses. Using the form of the elements in different orientations creates an unusual sculptural arrangement that references maritime imagery as much as formal qualities of minimalist artworks. 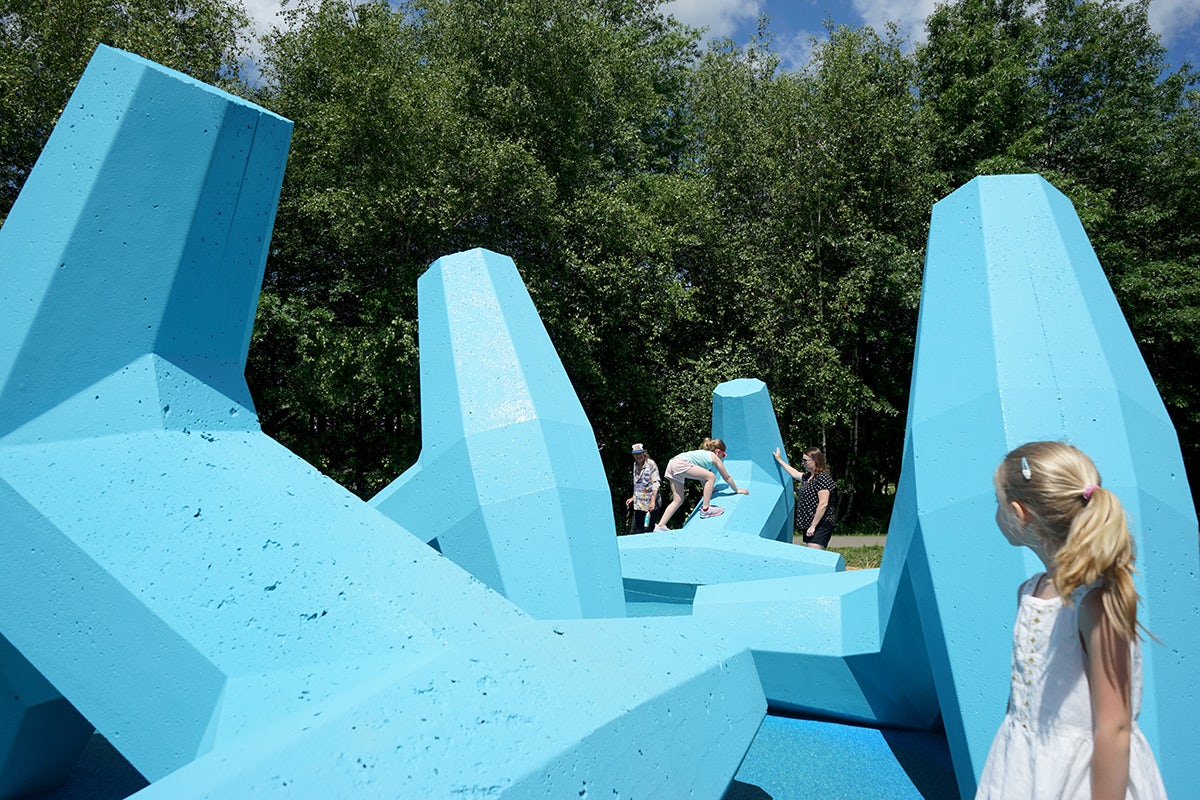 Blurring the lines between playground and sculpture, leads to a productive ambiguity that allows users and passersby to interpret the installation in their own way. The play on the juxtaposition of mass-produced, large-scale elements with the world of the pedestrian and the child in particular creates a playful friction. Unlike conventional playground equipment, the forms of the dolosse are unfamiliar and non-didactic and can be appropriated and used according to the will of the occupants, including sitting, climbing, sliding, lounging and playing hide-and-seek, among other activities. 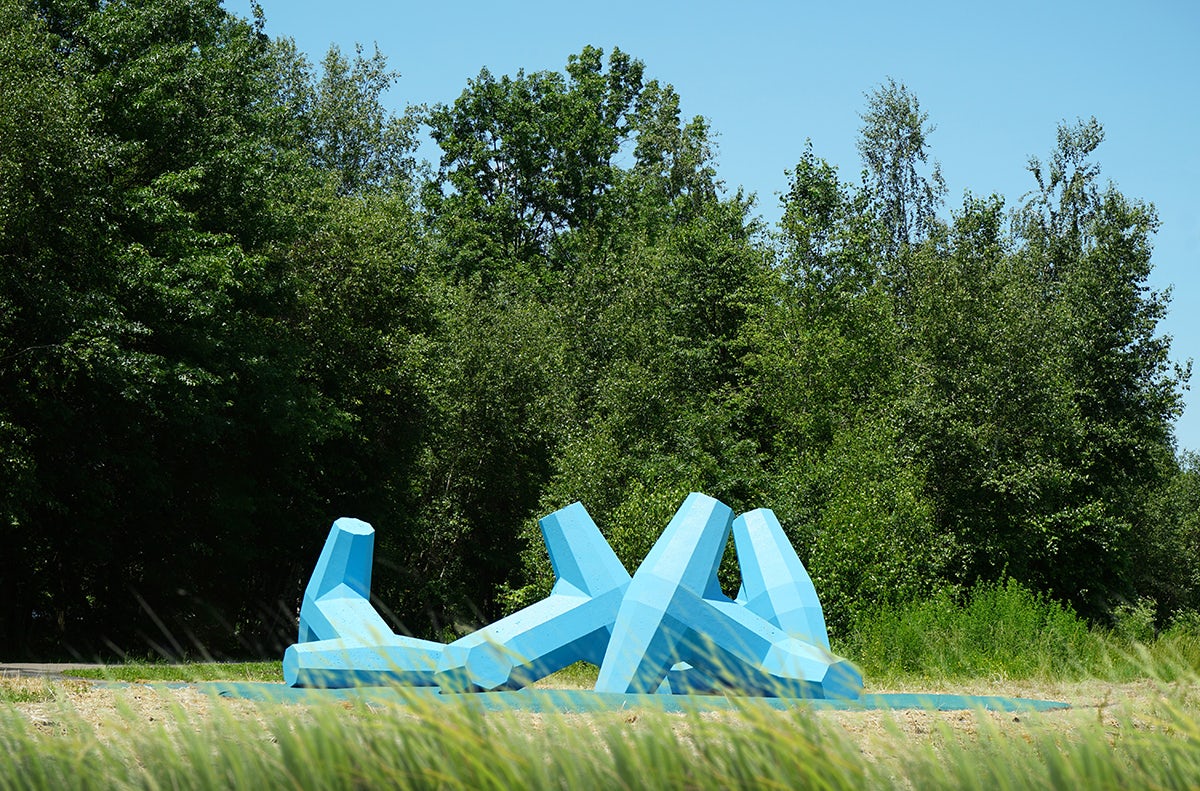 To encourage interaction with and occupation of these forms by people, and children in particular, the dolosse were given a colourful polyurea coating, which provides both a tactile surface, a consistent appearance and helps make the project low-maintenance. The arrangement is placed on an EPDM rubber surface, acting both as fall-protection and a unifying colourful base. 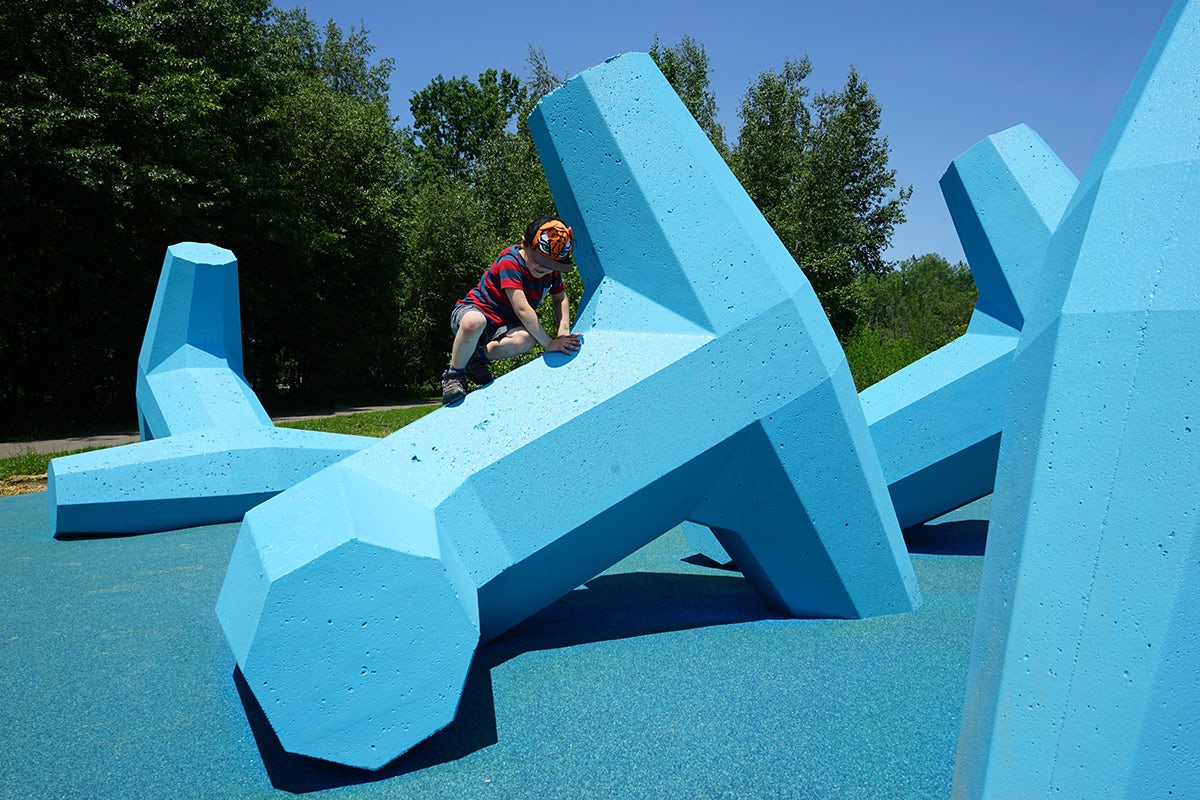 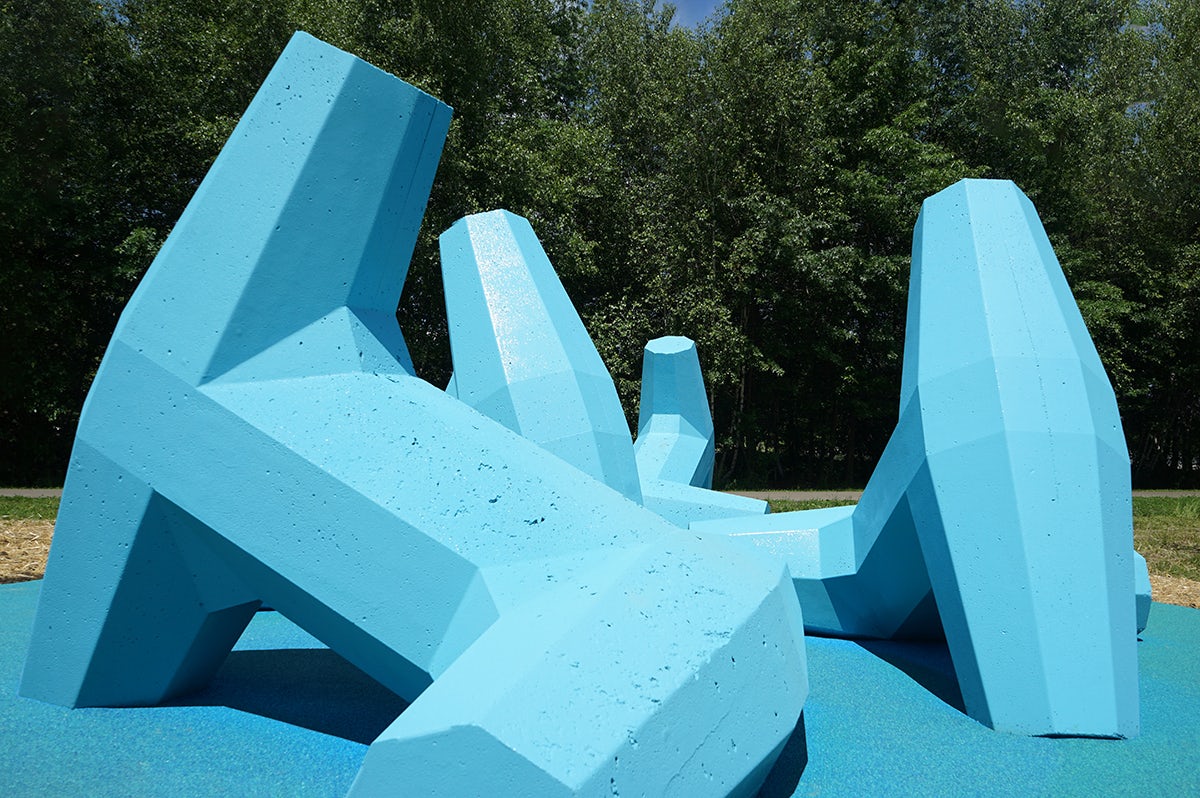 Here4dBesthttp://here4dbest.com
Previous articleRadiation from Laptops Higher Than Cell Towers
Next articleA Study: The Power of Having a Signature Beauty Look

Text description provided by the architects. Reimagining Benefield is a project located in a majority African American community north of Richmond, Virginia that has...