It may seem like cheating summer to head to Chile’s Valle Nevado. While your friends are sweltering back home during August’s dog days, you’re chasing powder on more than 2,200 high-alpine, lift-served acres in the rugged Andes. The resort’s name translates as “snowy valley” and, sure enough, 275 inches of the white stuff fall on average each ski season.

You’ll be able to soak up plenty of “summer” sunshine, too. Valle Nevado’s storm cycles are frequent but short. Yet, because of the ski area’s aspect and high elevation—12,041 feet at the top of the Tres Puntas poma, almost 9,400 feet at the lowest lift terminal—the snow can stay cold and dry for days.

True, it’s a long way to go for a ski trip, but if you have the Ikon Pass, consider this: 2018–19 passholders receive five to seven days of skiing at Valle Nevado starting next June. Mountain Collective passholders also get two days at the resort.

From Chile’s capital city of Santiago, the ski area is a 90-minute drive northeast—just be prepared to endure the mother of all switch-backed roads along the way. The route climbs 8,200 vertical feet into the mountains, negotiating 58 hairpin turns along the way. At the resort’s compact base area, a dozen or so buildings hug the edge of the mountain, with three hotels that cater to different budgets, a cluster of condos and six restaurants ranging from traditional Chilean to swanky French. In other words, you’ll get what you need, but the focus is very much on the skiing.

And the skiing can be incredible. Thanks to its above-treeline setting, the mountain skis much larger than the 44 runs on the trail map would suggest. Lots of gullies and rollers make it a big natural terrain park. The lack of crowds, especially during the week, means you’ll have an extensive canvas for scribing everything from high-speed GS turns on long groomers served by the Andes Express chair to first tracks on the off-piste slopes plunging down Tres Puntas. Keep an eye out, too, for the World Cup racers from the U.S. and Europe who regularly come to Valle Nevado for pre-season training.

If that’s not enough, upgrade to an interconnect ticket for ski and lift access to the adjacent El Colorado and La Parva resorts; together, the three ski areas, known as the Tres Valles, offer almost 7,000 acres of terrain. Valle Nevado also allows stellar backcountry access from the Tres Puntas and Ancla pomas. If you’ve got the know-how and gear, tackle a few of the tempting hike-to sidecountry lines, some funneling through spired rock formations before leading back to the ski area. For longer tours, hire a guide—the massive peaks of the Andes, soaring close to 18,000 feet nearby, go on for miles, and the condors flying overhead may be the only sign of life you’ll encounter amid the remoteness.

Also worth the splurge: flying into some of the 20,000 acres of permitted terrain with the resort’s own Heli-Ski Valle Nevado. From seeing the mind-blowing mountain topography out the window of the bird to skiing descents that average 4,000 to 5,000 vertical feet, it’s a holy grail experience.

Valle Nevado’s limited but spirited après scene is where the resort’s South American vibe shines through. Every evening, a steamy mass of revelers watches the sun dip behind the peaks from a gigantic, centrally located hot tub, where pisco sours are served poolside and a DJ mans the ones and twos. After a traditionally late dinner, jam to some live music in the Tres Puntas Hotel’s disco or catch the soccer game on TV with locals at La Leñera. Occasionally, special events like the annual Chilean Wine Week, which occurs each August, amp up the buzz.

And if you leave Valle Nevado still thirsting for adventure, embark on the ultimate après-ski experience and swap out your ski kit for a wetsuit during a visit to Punta de Lobos. About a four-hour drive southwest from Valle Nevado, this coastal enclave is Chile’s best-known surf spot, where long, rolling waves form one of the world’s most consistent breaks.

Live large at the rustic-chic Hotel Alaia (nightly doubles go for $250 to $330), a 10-room oceanfront lodge that includes a phenomenal farm- and sea-to-table restaurant. Opened in 2014 by Chilean insurance company mogul and philanthropist Nicholas Davis, the hotel fully embraces its stunning setting. From each guest room, floor-to-ceiling windows frame views of the Pacific. The lodge has its own surfing school and even a skatepark (with boards and pads for rent), and offers twice-weekly outdoor yoga classes. After your activity of choice, chill by the pool or soak in one of the wood-clad hot tubs with a glass of carménère from the nearby Colchagua Valley, a wine region known for its full-bodied reds.

Davis fell in love with the area in 2010, when he visited to help provide relief after the earthquake that devastated parts of Chile’s central coast. An ardent conservationist, he later purchased 4.5 acres at the tip of Punta de Lobos to stave off large-scale developers, then held it in trust while a consortium—including nonprofit Save the Waves Coalition and Patagonia—raised funds to buy the property. In November 2018, the headland was designated as a World Surfing Reserve, protecting it in perpetuity.

As you surf the point’s relatively empty breaks, marine birds chattering and sea lions barking among the crashing waves, pay thanks to this environmental success story. After a few days in this seaside nirvana, you may not even feel like you’re cheating summer after all. 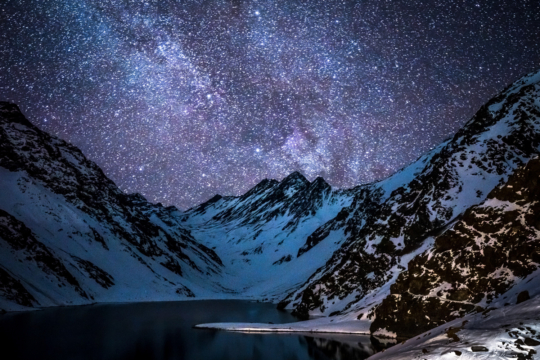