Chelsea have interjected themselves into a three-way scrap for a Barcelona star who is one of four tipped to leave the Camp Nou this summer, per a report.

Chelsea have their eyes firmly fixed on launching an assault on the Premier League next season. Man City’s recent dominance has only been threatened by Liverpool, but with Thomas Tuchel about to embark on his first full season at Stamford Bridge, the Blues are expected to be in the mix.

Chelsea are already European champions, though that has not dampened their enthusiasm in the transfer market.

Widespread reports have indicated the club wish to sign a world class centre-forward. Indeed, the latest report claimed Chelsea have already cleared a huge hurdle in their pursuit of Erling Haaland.

Additionally, a new centre-back is on the agenda to bolster the ranks. Such an acquisition would be wise given Tuchel’s propensity for playing three at the back.

However, per the latest report from the Sun, a Barcelona midfielder is now on their radar.

Citing French outlet Le10Sport, the Sun note that Chelsea are a contender to sign Miralem Pjanic. 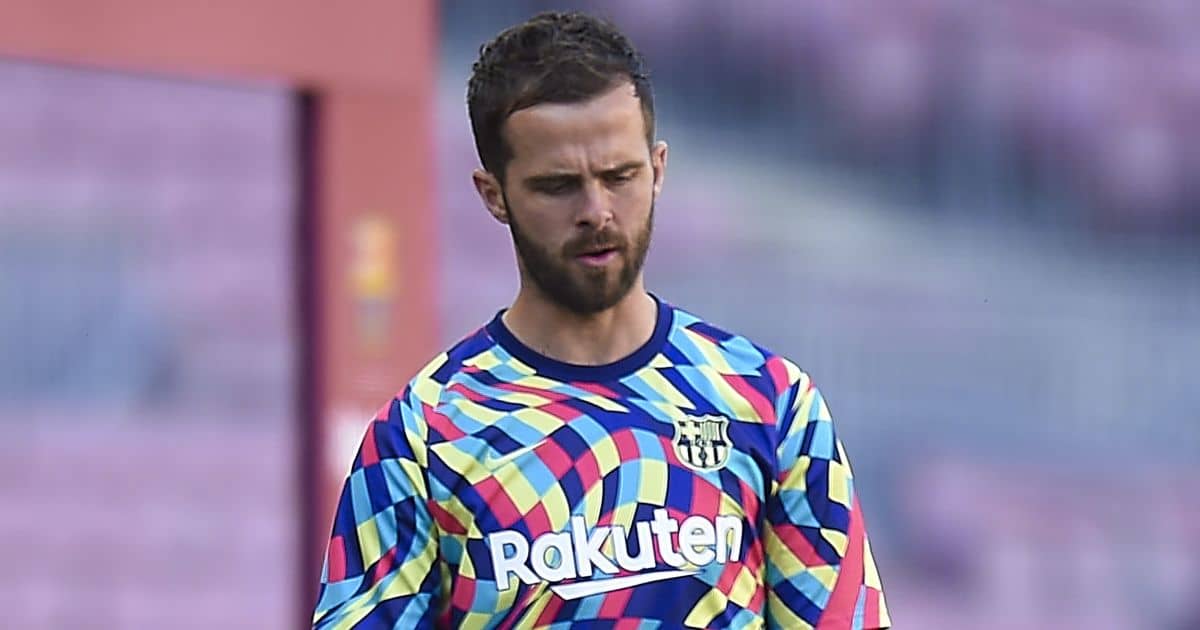 The 31-year-old has only been in Spain for 12 months after a swap deal involving Arthur Melo saw him leave Juventus.

However, his debut season at the Nou Camp failed to meet expectations. And with the club in deep financial debt, a premature exit is on the cards along with departures for Philippe Coutinho, Martin Braithwaite and Samuel Umtiti.

Former club Juventus and PSG are also credited with interest, and it is stated Pjanic previously indicated his desire to return to Turin.

However, Juventus are deemed ‘not keen’ on a permanent move, and instead are likely only to offer a loan option.

That has left the door ajar for Chelsea and PSG who are both considering ‘loan bids’ themselves.

Meanwhile, Chelsea have reportedly informed Manchester City that England defender Reece James is not for sale this summer at any price.

City are said to have been watching the former Wigan Athletic loan man for some time, according to The Athletic. Manager Pep Guardiola is refusing to rest on his laurels despite guiding the Etihad outfit to the league title.

They have been linked with both Harry Kane and Jack Grealish, with James also on the radar. But talkSPORT are reporting that west London bosses will not entertain the idea of the youngster departing.

Tuchel is a big fan of the stopper who has racked up 84 appearances in all competitions since his 2019 debut. But their reported interest in Inter full-back Achraf Hakimi raised doubts over whether he was a long-term option.

That may have prompted City to ramp up their interest. However, James has been assured of his place at the club.