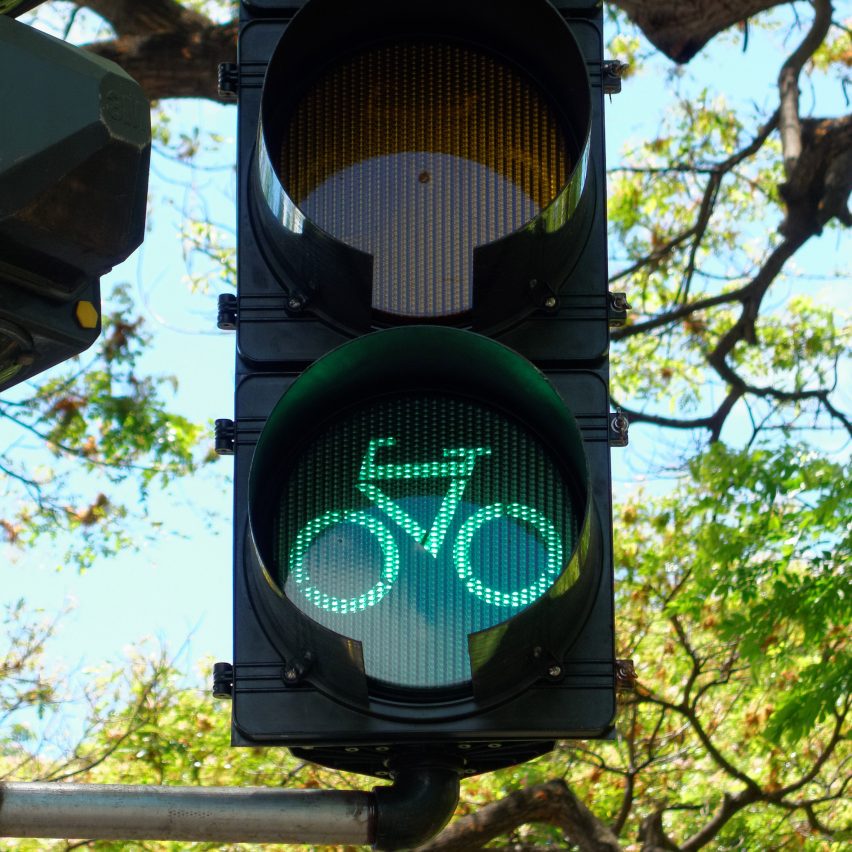 In this week’s comments update, readers are debating architecture critic Aaron Betsky’s claim that riding a bicycle is the best way to experience a city.

In an opinion piece for Dezeen, Betsky said that, “bicycles are great tools for urban exploration” and that “sprawl is misunderstood and understudied by architects and designers, who generally live in downtown areas.”

That also means suburbs are undesigned or designed badly, he says, “in ways that waste natural resources, that isolated us from each other, and that are ugly. I think we need to design better suburbs instead of just wishing them away, and one way to start is by understanding them better.”

Readers are divided. “A bike is a great way to get a feel for the suburbs, where Jo Average lives and sometimes works,” said Ian Byrne. “Yes, you do need to watch out for other cyclists, self-driving Teslas, texting pedestrians and potholes, as others have suggested, but I feel I know cities better than if I had stayed in the center surrounded by wealthy residents and other tourists.”

“Interesting topic,” continued Corporate Overlords. “Cycling can be enjoyable, but to truly enjoy it in a city environment is to ride on completely separate cycleways where there is little opportunity for cars to mow you down.”

Le Canal Hertzien agreed: “As cities become more cycling-friendly, cyclists become a real nuisance and danger for pedestrians: I was run over by a woman on a bike today on a pedestrian crossing.”

“I prefer walking,” concluded JB. “There is a slightly lower chance of being cleaned up by a Tesla with the driver in the back seat.”

Is cycling the best way to see cities? Join the discussion ›

A 35-metre-high transparent swimming pool bridge between two buildings at the Embassy Gardens development in Battersea, London, has attracted attention from readers. The 25-metre-long swimming pool is made entirely from acrylic panels.

“This is located in the extreme social experiment known as the Vauxhall Cluster… most of the flats remain over-priced and empty,” said Michael Ball. “The only thing ‘unique’ about this swimming pool folly is that its exorbitant cost was used to offset any affordable housing in the developments to which it attaches.”

“I predict exhibitionists and TikTok videos in three… two… one…” continued Bubba10.

Gavin Smitsdorp was more positive: “Elaborate piece of engineering. Most of the commentators find flimsy reasons to object. Most will never achieve such originality in their lives.”

What do you think of Sky Pool? Join the discussion ›

Commenters are discussing a botanical garden complex in Taiyuan, China, featuring three domed greenhouses positioned on or alongside an artificial lake. It was created by Austrian firm Delugan Meissl Associated Architects.

“Dystopian,” said Fabian KZ. “It looks like it’s built in the future when free-ranging plants aren’t a thing anymore.”

“I still find this project and the intertwining of the different ground planes and domed worlds quite magical,” replied MKE Tom.

Do you think Taiyuan Botanical Garden is magical? Join the discussion ›

Skyscraper has “some of the sexiest coping” commenter has ever seen

“Wow, I think this is spectacular,” said Bill Der. “When’s the last time you saw anything unique in multi-family architecture? The creation of ‘stealth’ balconies and the airy floor plans for relatively basic apartments is wonderfully creative.”

“Some of the sexiest coping I’ve ever seen,” concluded Matt U.

Are you a fan of the One Hundred skyscraper? Join the discussion ›

Dezeen is the world’s most commented architecture and design magazine, receiving thousands of comments each month from readers. Keep up to date on the latest discussions on our comments page.

Here4dBesthttp://here4dbest.com
Previous article11 Beauty Brands That Are Giving Back for Pride Month 2021
Next articleMobility company aims to tackle transport challenges in Latin America