Do You Have a Hurricane Evacuation Plan? Andres in EPAC. Maybe Something Develops in Atlantic Early?? Hurricane Season 22 Days Away!

Do You Have a Hurricane Evacuation Plan? Andres in EPAC. Maybe Something Develops in Atlantic Early?? Hurricane Season 22 Days Away! 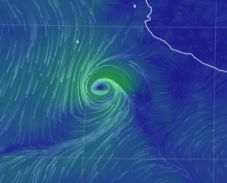 Let this remind you our time is coming soon.

More on the Atlantic further down in the blog.

Note you can see Andrea.

You can also see the flow….

Everything is going to go around the High.

What doesn’t get into the Caribbean…

…will be swept up along the East Coast.

…things change fast in the tropics.

It’s all about SAL SAL SAL…

That is their Cape Verde…

Front across the Southeast.

Listening to Mike do his Facebook Live as I type this and trying to enjoy hearing his voice as he babbles on deliciously about weather and trying to stay focused on my goals to hit today in the blog. But he’s watching what we have been watching for days and what DaBuh has been pointing out on Twitter for days. That area off the SE Coast that models have been pointing to as “something” possibly happening there soon. 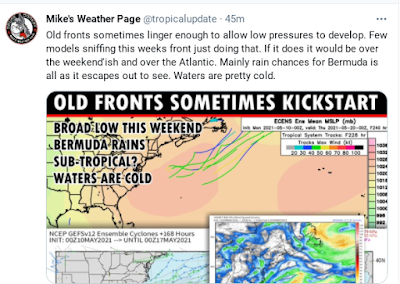 And the more fronts we keep getting…

..the more possibilities for action.

Depends on what the NHC does.

Maybe they will publicize their May 15th…

With …something to really talk about??? 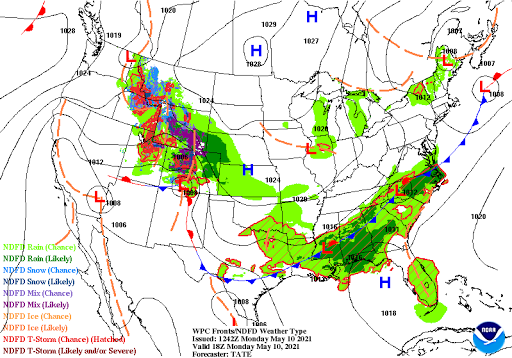 ..shunts anything that could form.

Off to the Bahamas.

Then go back and look at the flow…

..where would it go?

Up the coast and out to sea. 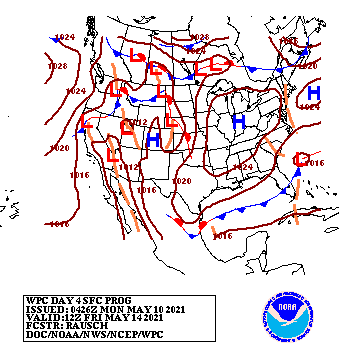 I’m here to tell it…

It’s always important to know your options. And, when I say “options” I do not mean “how do you get to Key West from Miami” on any given day. There’s not many ways in or out of Key West, it’s one road in or you gotta take your boat or fly in and many locals do that. But let’s say you need to evacuate from Miami because Irma is on it’s way or whichever I storm they replaced Irma with and you do what everyone else does you jump on the Turnpike and start traveling North. No…. don’t do that so fast and yes Waze will tell you the fastest way but during a wild evacuation out of Dodge people tend to all do the same thing at once and suddenly there’s one huge traffic jam with hot tempers, hot temperatures and people running out of gas on the highway. The only thing that profits from that is the press that suddenly releases tons of photos and Tweets and links online to “Greatest Tropical Traffic Jam as Floridians Flee!” 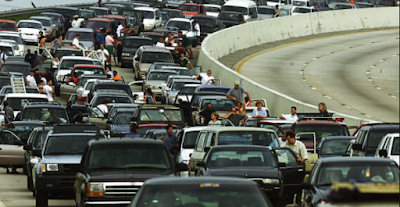 And why does everyone panic at once? Because the media hypes up destruction at dawn coming soon and everyone watches their neighbor packing up and they panic. Many of these people lived in homes not in areas that flood, well maintained and that barely had damage other than the loss of a cute new fruit tree. I was in Miami just after Irma, I surveyed the damage. Yes, homes in poor repair and an old roof and no shutters and in low lying areas needed to lock up and go to a shelter THAT THEY SIGNED UP FOR. Yes, some of the shelters have lists and they are not first come first serve. But just like Hurricane David in 1979 people got on the Turnpike and drove North to Orlando or Atlanta.

If you know the Turnpike is clogged, get on I95 or use similar North South roads and when you get further North after the people who stopped in Orlando you can find alternative routes to Atlanta. The Turnpike is a great fast road to get to Disney on a random Sunday morning leaving Miami at 5 AM but it’s a crappy place to be in a mass evacuation. At least with I95 you have places you can get off, get gas and rethink your route.

My kids either stayed in Miami (and had thankfully no real damage just roughed up landscape) and others flew out or drove North to me in North Carolina.  The daughter-in-law who rode out Andrew in a bathtub with her mother in South Dade and a mattress over their heads while her father held the door tight not in the bathtub does not stay for Major Hurricanes. It’s a choice you make and you should make it based on where you live, the condition of your house and your ability to live without electric for a week or so at least vs evacuating and trying to get back to your house after the storm. Also your mental health is important and if you have the money honey get out of town.  But after that traffic jam… many kids I know packed up and left Miami and went to counseling for the trauma. Really make this decision NOW.

Don’t decide based on the 5 day to get a room in Naples Florida because you like the dolphins at the end of the pier only to find out it’s not doing Miami and Hollywood but it veers more to the left and decides to go to Naples and by then all the rooms in Orlando are closed and by the way many in Orlando lost power in Irma and were upset they had power back home.

Being honest. It’s easier to prepare to stay than it is to know when to go. Well, unless you live on Miami Beach which is in evacuation zone and a low lying barrier island are supposed to evacuate for Andrew as many people did….   (I could hear the waves of the water at the height of the storm, soooo wild)

The truth about South Florida is it was all built on a swamp that was drained… and people live along a very barely high ridge that runs along the water. Anyone who lives in Weston is living in denial that they live in the Everglades and there’s pretty landscaping and great sunsets but you’re living in the Everglades. And Miami Beach is a barrier island. You’re better off in Key West as for getting your power back on then being in Weston or Homestead or Miami Beach. So now is the time to make decisions. 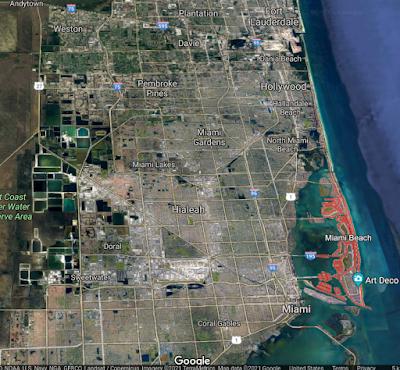 But it’s a beautiful place to live.

And year after year Miami evades the Big One.

Hopefully we get lucky again this year.

Either way decide now where you are going…

If you don’t leave…

Let this blog go long old school style as I’m going to be busy the next few days. If anything even looks like it will form trust me I’ll be all over it but I really want you to think on where you want to go.

I actually know someone whose mother worked for the airlines years back in Hurricane Donna and lived in Miami. After Donna hit Miami they sent their young son out to their grandparents in New York as they worked for the now defunct airlines Eastern and they were glad to get their son out of the post tropical mess that Donna left behind………………………when Donna went to New York. That kid was literally in Donna twice in Florida and New York. Amazing huh? Something normally us storm chasers would aim to do, a double interception of a Major Hurricane is a big win for us but for the young kid traumatized by watching all the palm trees fall down then sat huddled in his grandparents home with flooding outside and watching their prized huge trees go down one by one.

Know where the hurricane may go down the road.

Always have a 2nd option. Options are Always good.

Follow their advice, but think out your options and take into consideration how fast you want to get back, do you have the ability to get a generator now before there’s a storm? Can you register at a shelter nearby? Would you rather fly out somewhere and wait to see if your home is left? Do you trust your high impact windows and do you want to test them out in real time?

Real Miami kids know this like they know the best time to leave to get to Key West to watch sunset or Orlando for a theme park on a Sunday morning. Learn …ask around… don’t panic and throw all your stuff into a car and head North running out of gas on the Florida Turnpike… it’s almost as scary as being in most hurricanes. Trust me… after Hurricane David I have friends who swore they would never leave Miami again and actually rode out Hurricane Andrew a block from the Bay (sort of sheltered spot, well build small home) and they were happy because they stayed in a crappy Motel 6 off the highway (the only motel they cold find) with the wind grabbing their wall AC out of their motel and huddled in the bathtub cut off from news, power out and terrified. After that they chose to stay in their own home on Miami Beach and be as prepared as they could. Not what the NHC wants as you are supposed to evacuate but it was what it was and they regretted panicking but the press was showing “destruction at dawn” for Miami and they like everyone jumped in a car driving North on the Turnpike!

No music but you get the idea… sorry for any typos. Still kind of pre-season discussion here.

22 days til the Hurricane Season!

It’s good to have a plan but hurricanes are still fickle, they can ramp up, fall apart and change direction even when models are sure it’s all locked in but it’s not. So in a way it’s all a gamble, know your odds and make a plan and make a back up plan!

Novak Djokovic reveals how his recovery is progressing