The Peninsula Activated by The New Art TownIt turned out to be a seaside village with a complicated environment. Due to the relatively low terrain, the peninsula often faces the threat of seawater intrusion in the typhoon season. In fact, with the rapid development of urbanization, most of the local residents have moved to other areas to live. 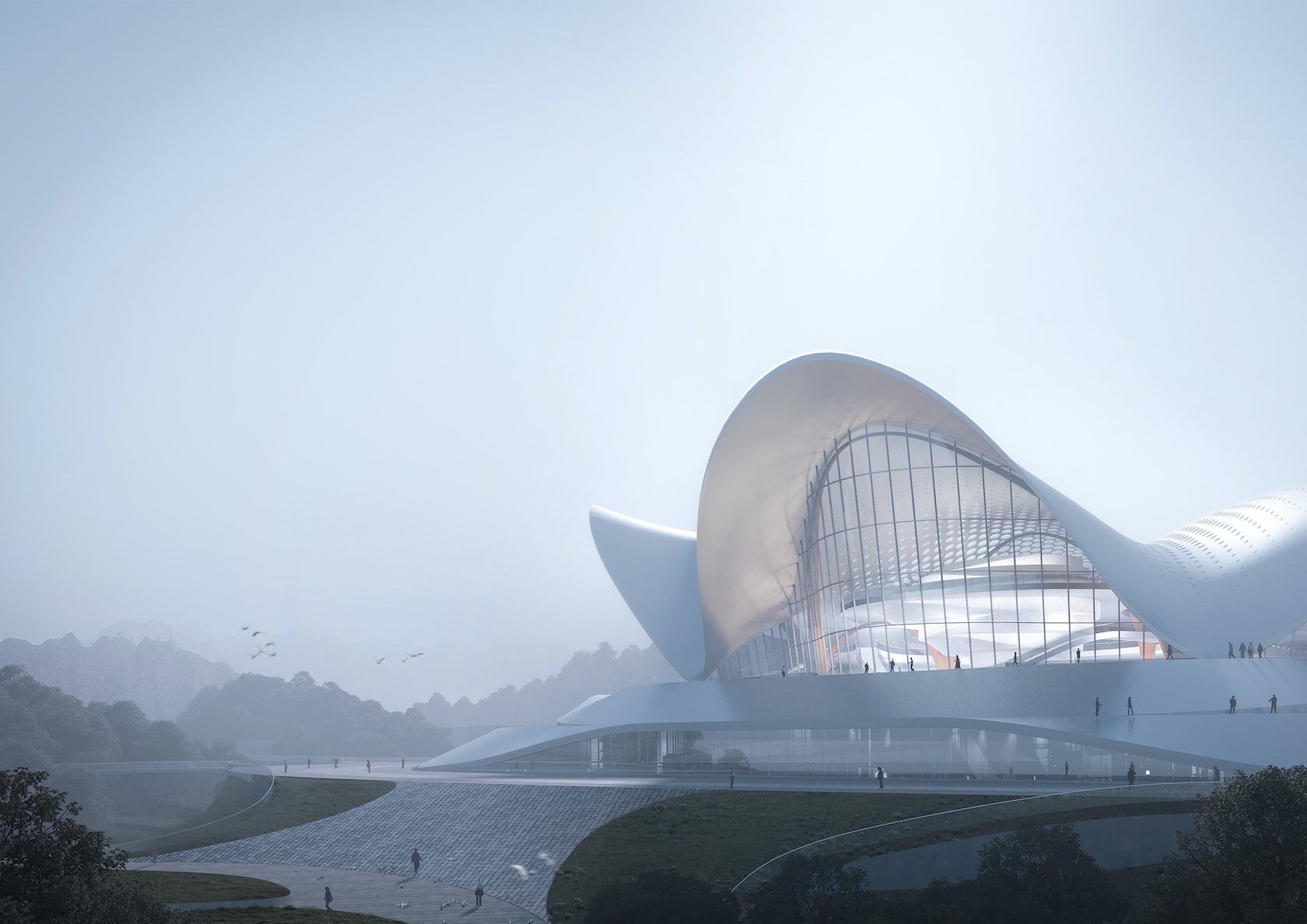 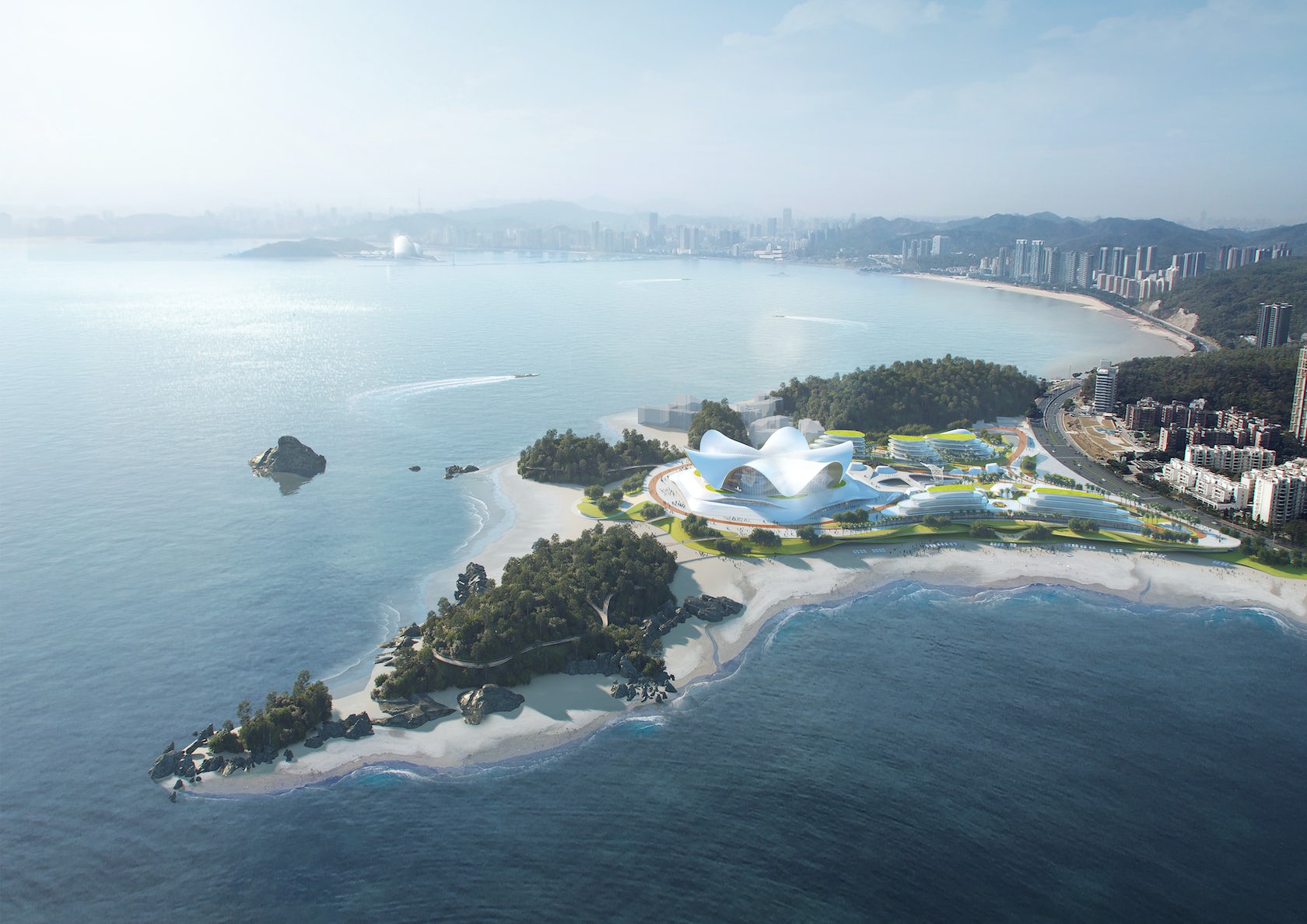 The remaining site became the end of the city lacking vitality. After comprehensive research, we provide an upgrade strategy that can both prevent tsunamis and activate regional vitality: first build a new elevation platform above the historical highest point of the tsunami, and arrange a flood drain under the platform to preserve the original landform to the utmost extent. 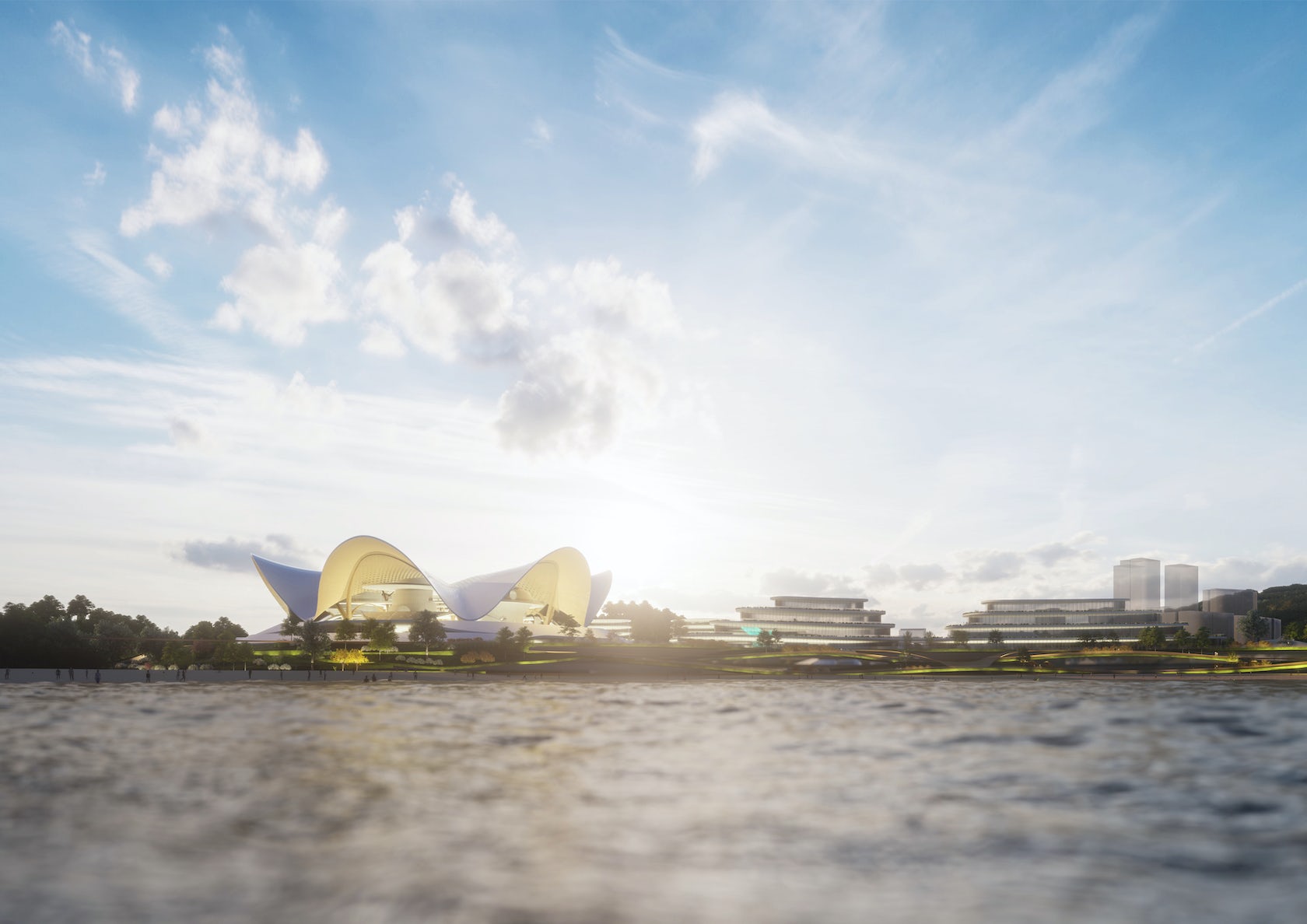 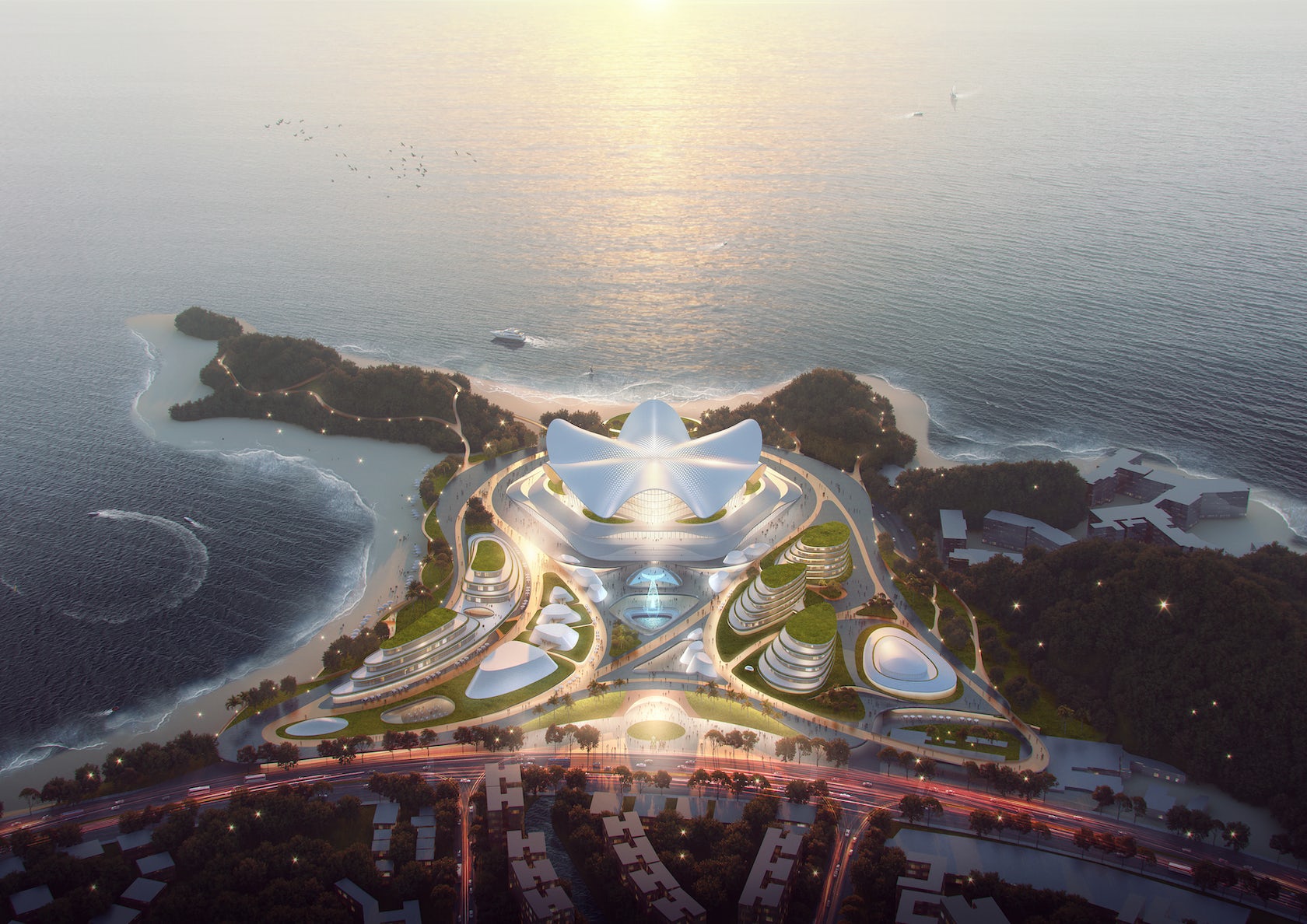 Introducing a park, art installations and a group of cultural buildings to be re-woven into a space symphony composed of architecture, nature and art.Dialogue Between Nature and Panoramic HallsThe site is an irregular polygon surrounded by a beach on the north side, hills on the south side and the highway. 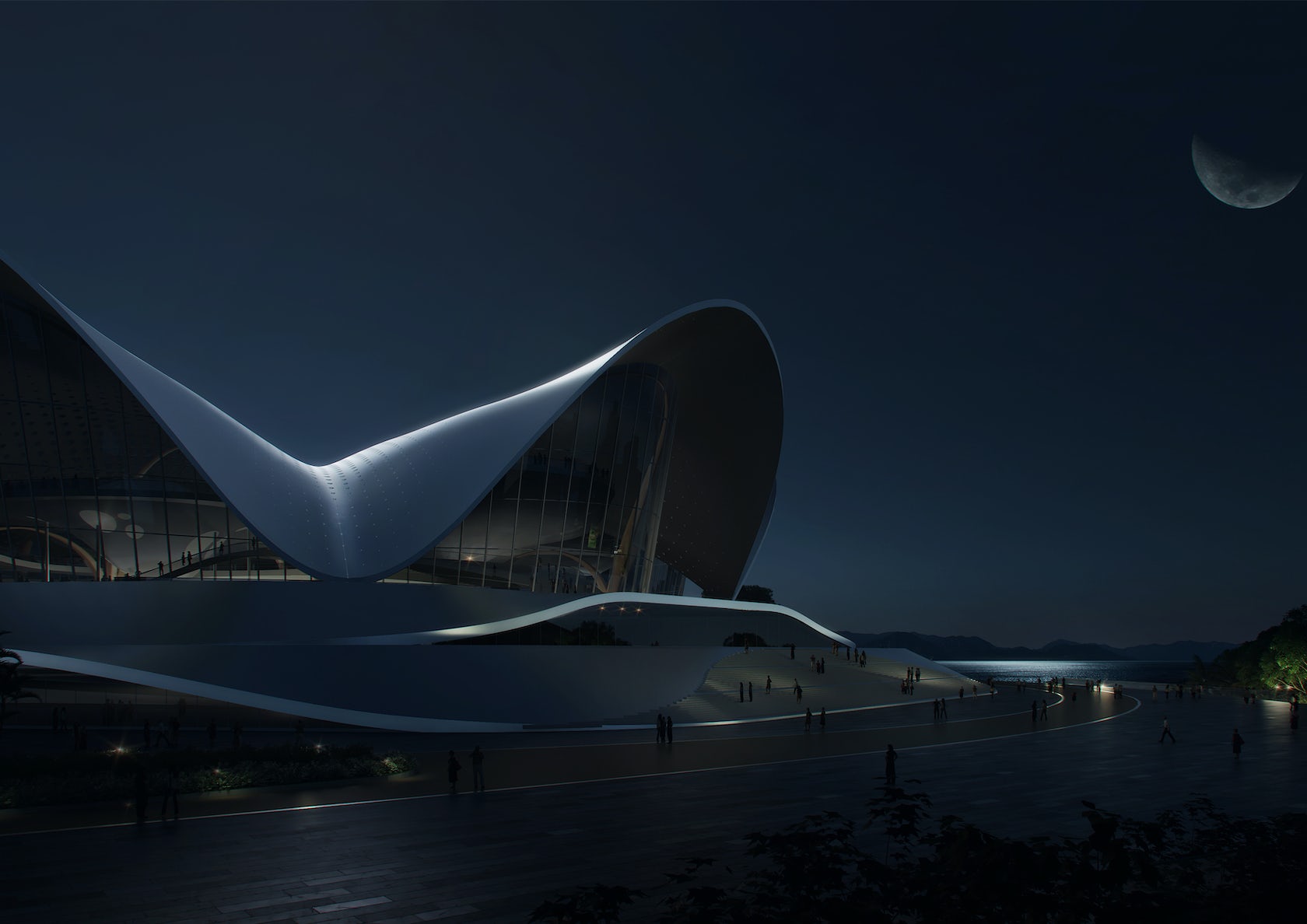 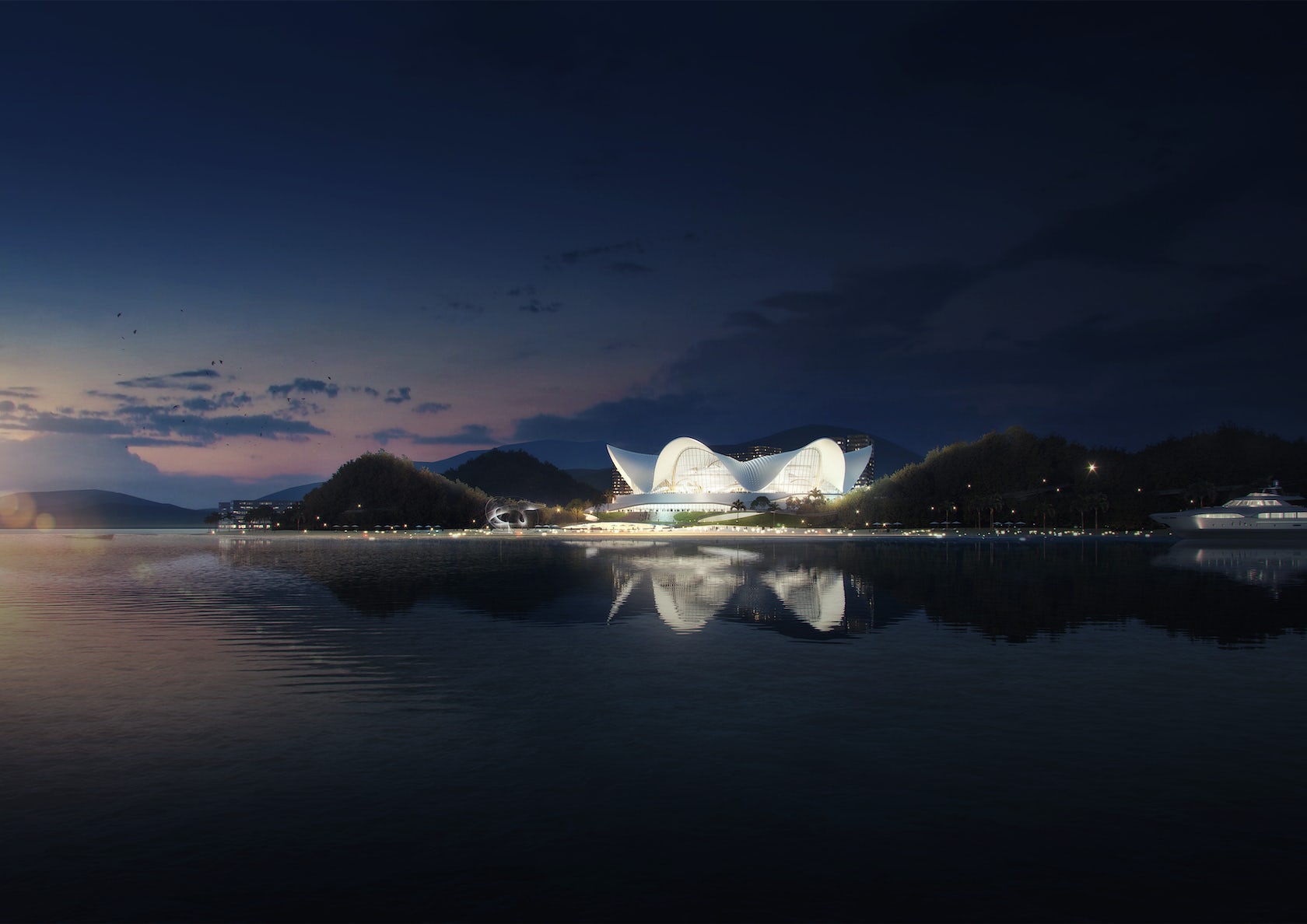 However, we found a hidden geometry axis that grows from the center to the city and the ocean by sorting out the surrounding important urban visual corridor. With intersection of these six axes, we set up six unique public cultural buildings to form a series of huge vaulted halls. There is an interactive dialogue between the ocean, the mountains and the city. 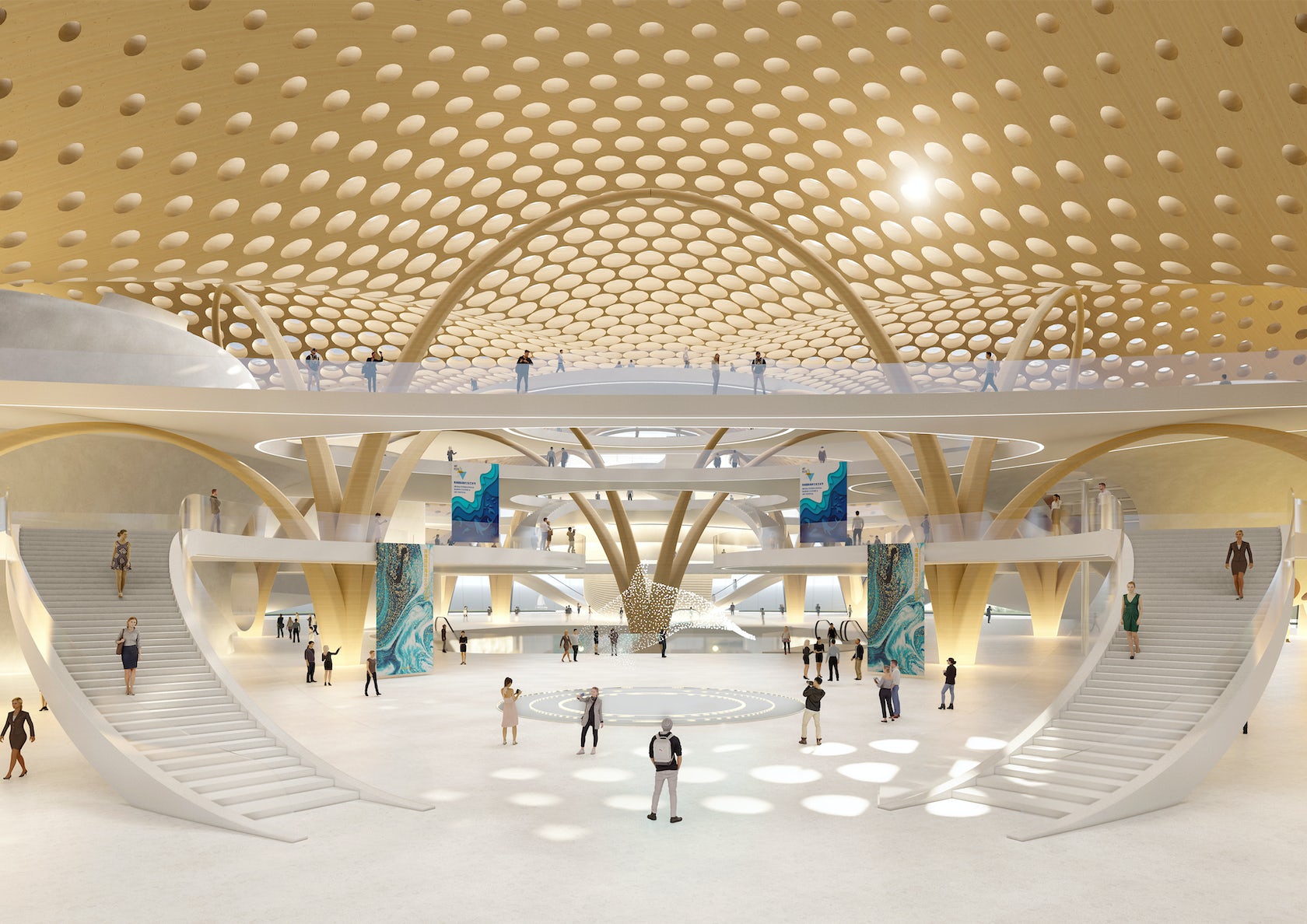 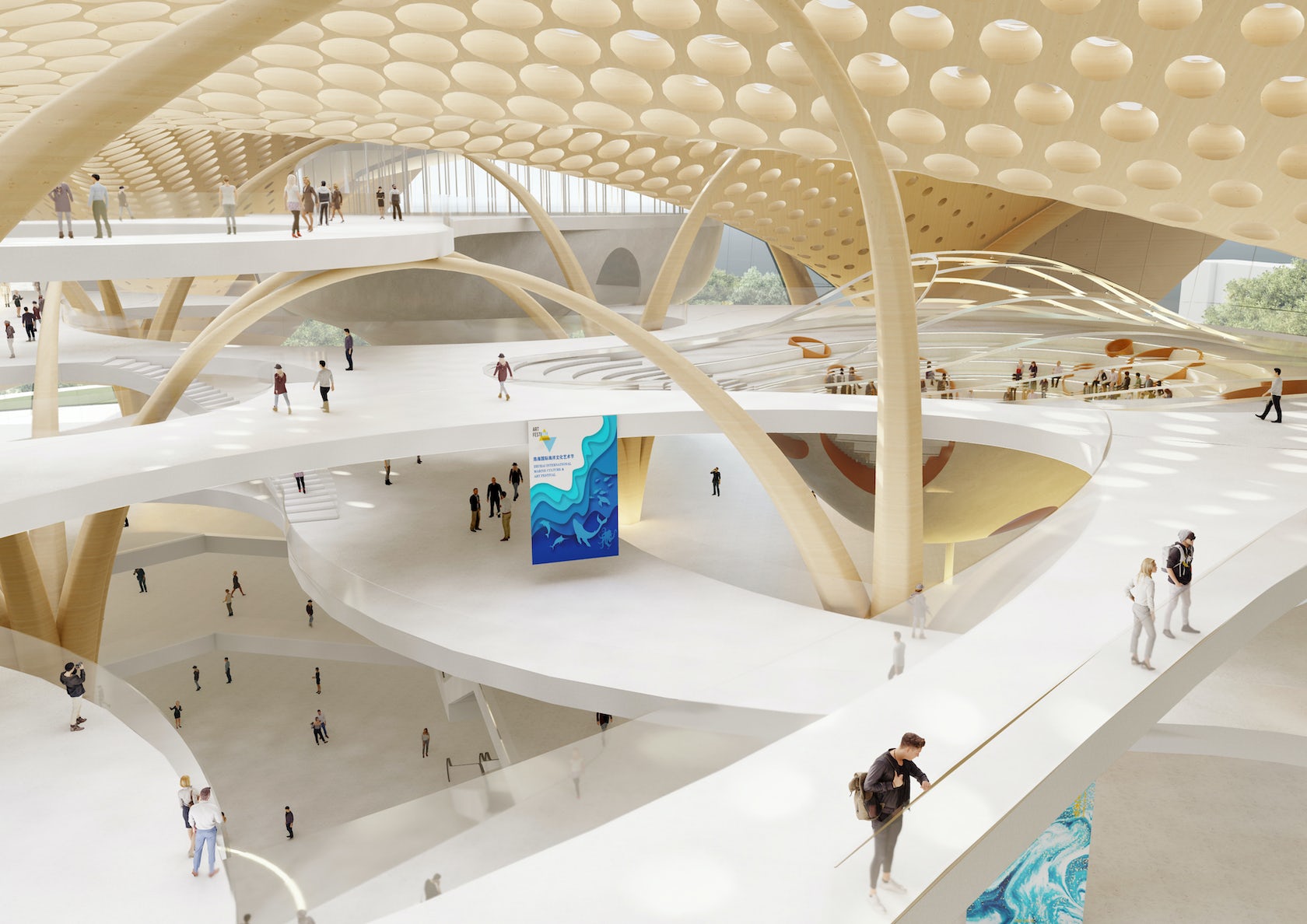 We were inspired by “Waves”, which are the eternal theme shared by the ocean and mountains. The wave integrates the roof of the building with the outer wall as a continuous curved surface to blur the boundary between inner and outer space. On the one hand, natural scenes are introduced into the interior, and at the same time, the events in the building are projected to the city. 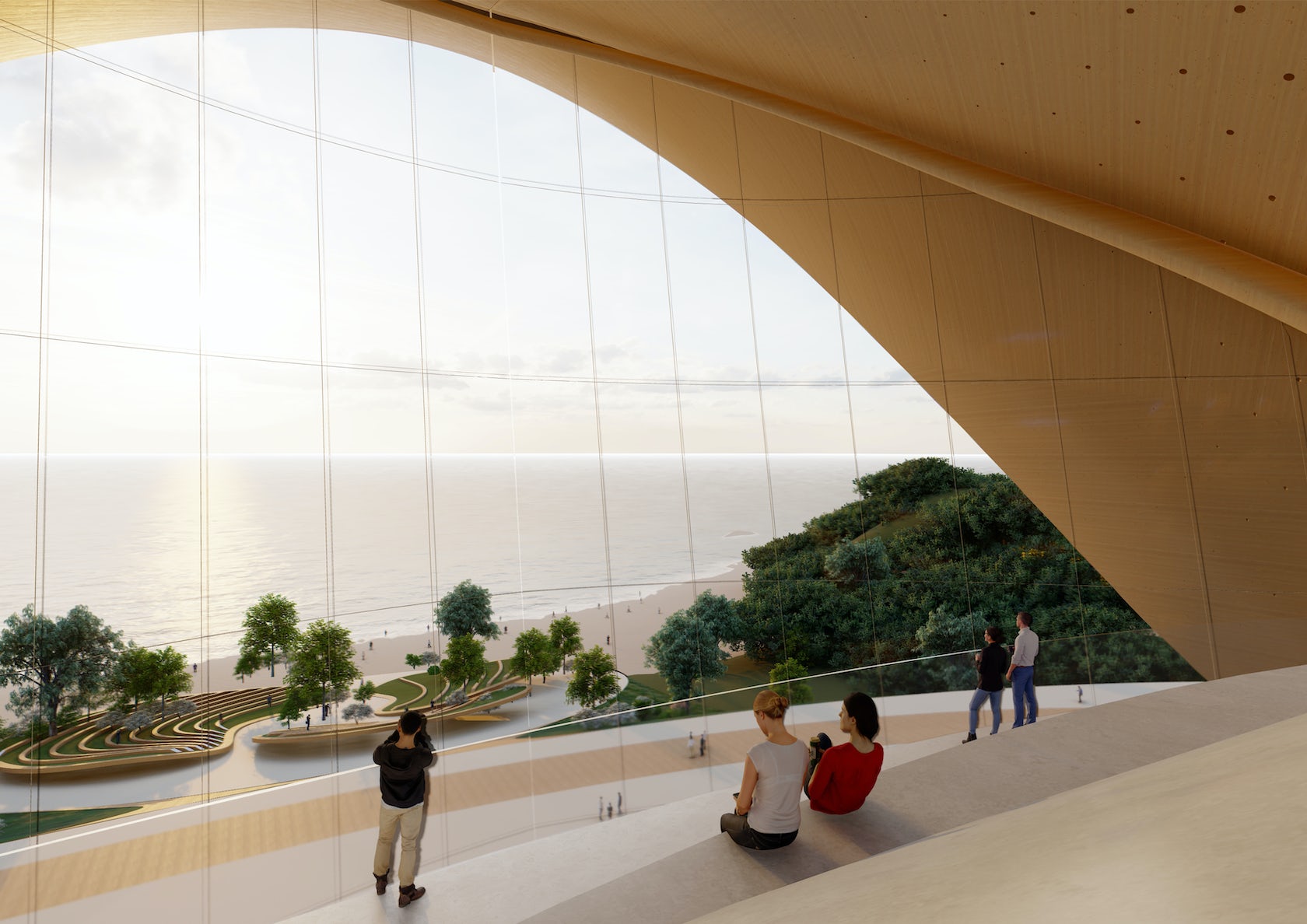 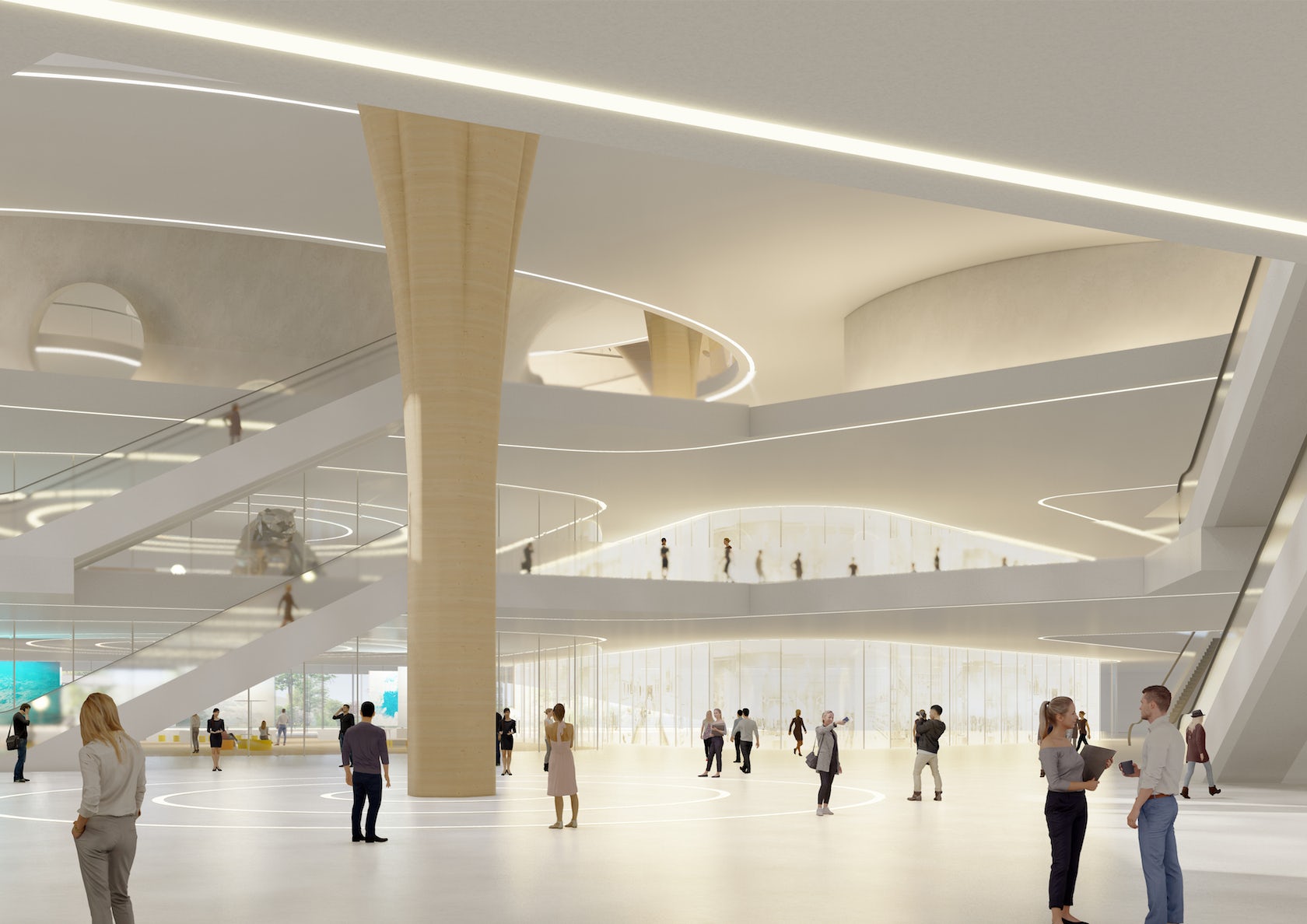 This central building also becomes a shared stage for everyone.The Void of Cloud ForestFaced with tight land use and complex functions, we did not adopt a fixed centralized layout. Instead, we reorganized the functions vertically according to the principle of “big sharing, small independence” to create connected multi-space structures to ensure the future flexibility. 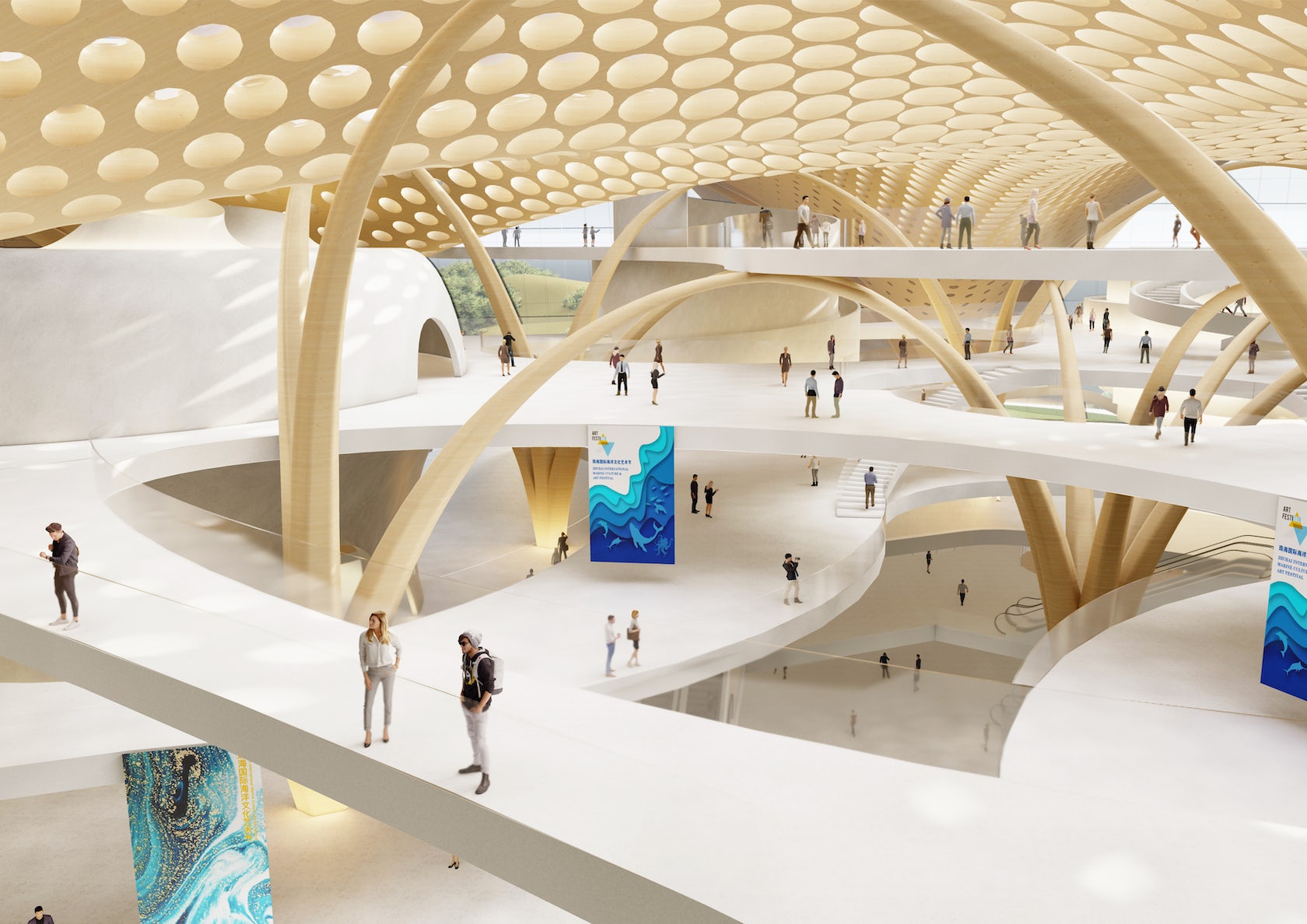 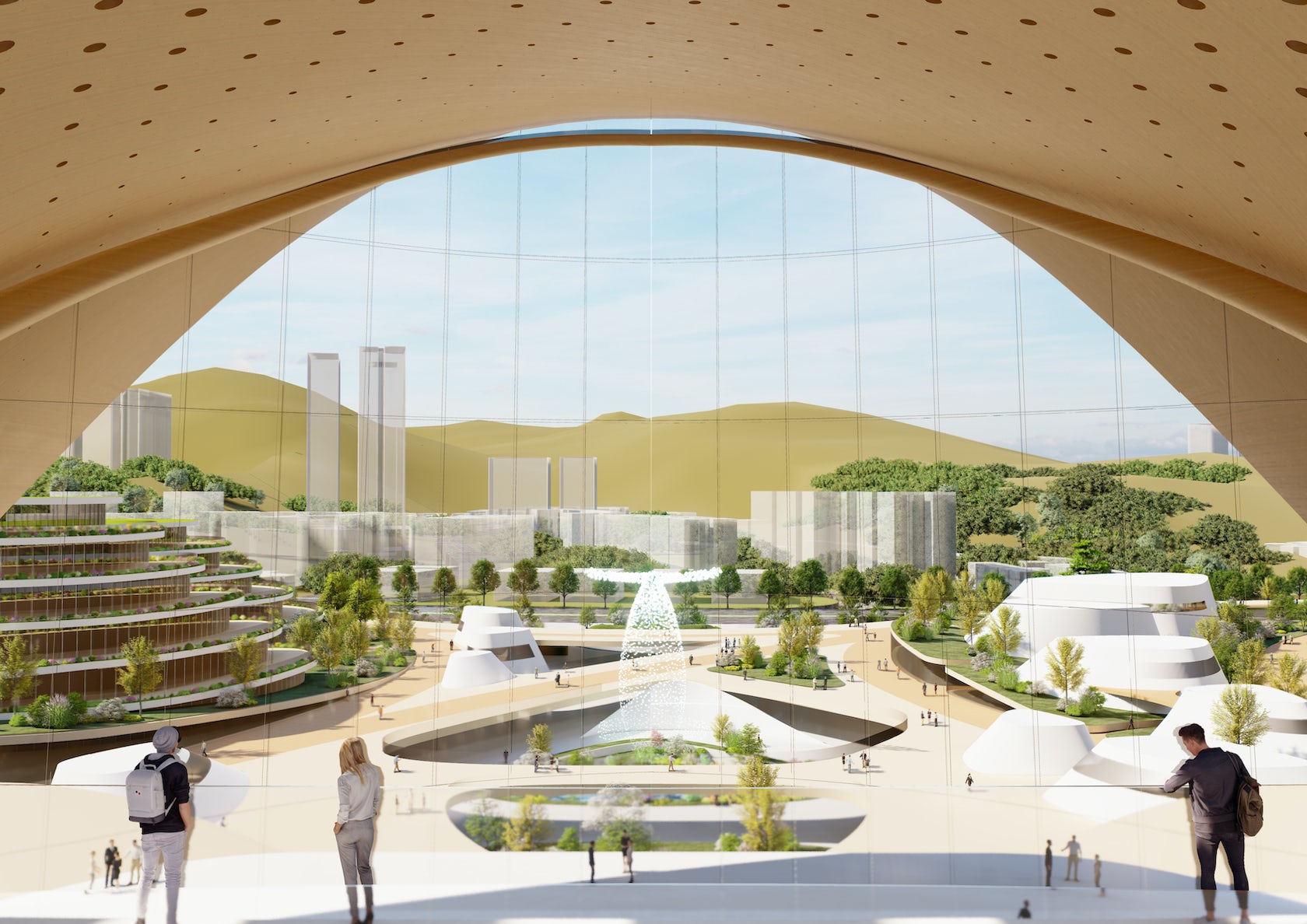 Here, you will enjoy a transparent and flowing space, as well as dramatic changes of light and shadow effects. The low-level flat-level exhibition hall is the base of the building, accommodating large-scale performance theater spaces. On the upper floor, are there holographic cultural and artistic bay areas. Various of theme exhibition halls are stacked and staggered around the central atrium, just like traditional Chinese scroll paintings, horizontally spreading out the natural beauty towards the mountains and the sea. 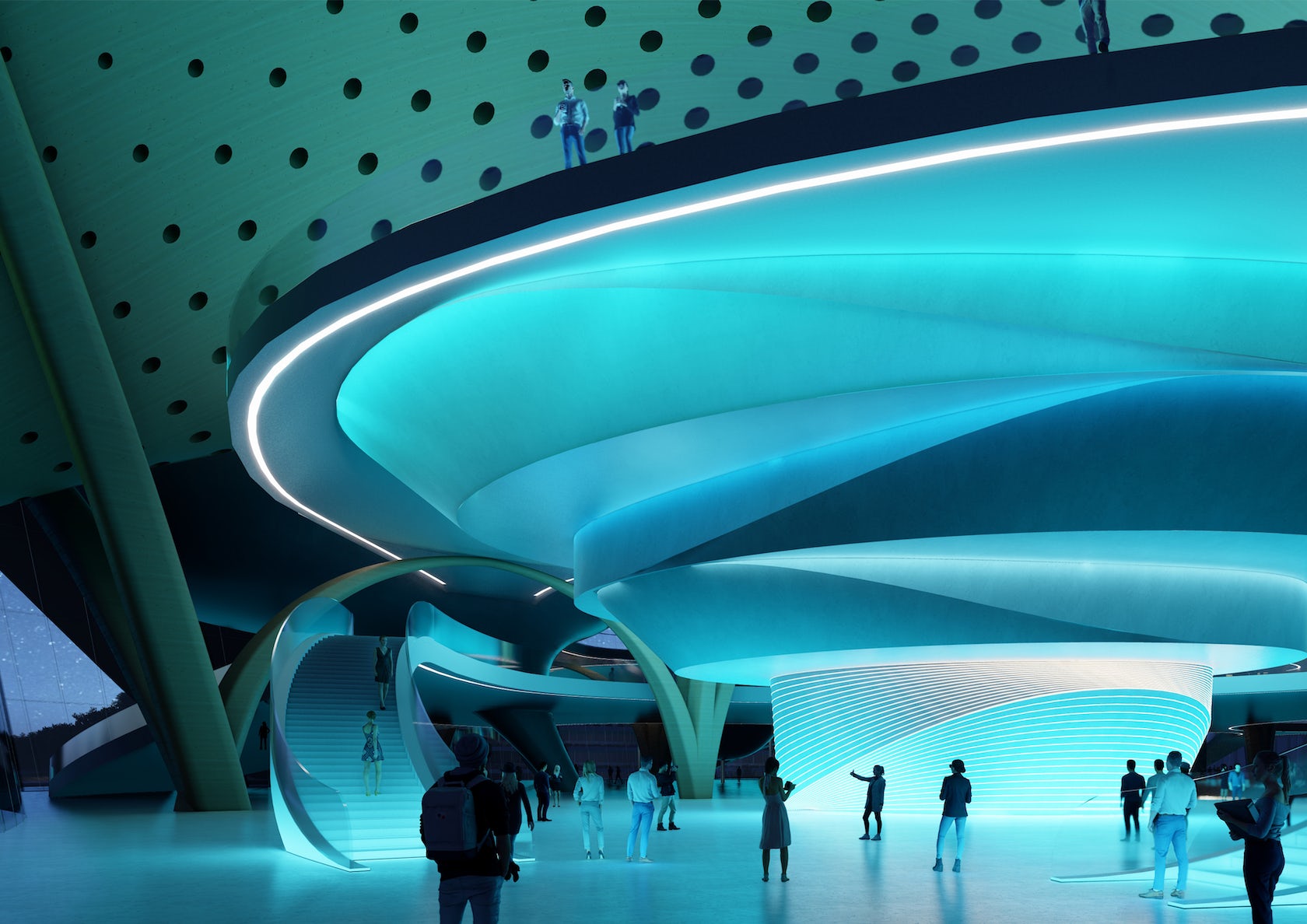 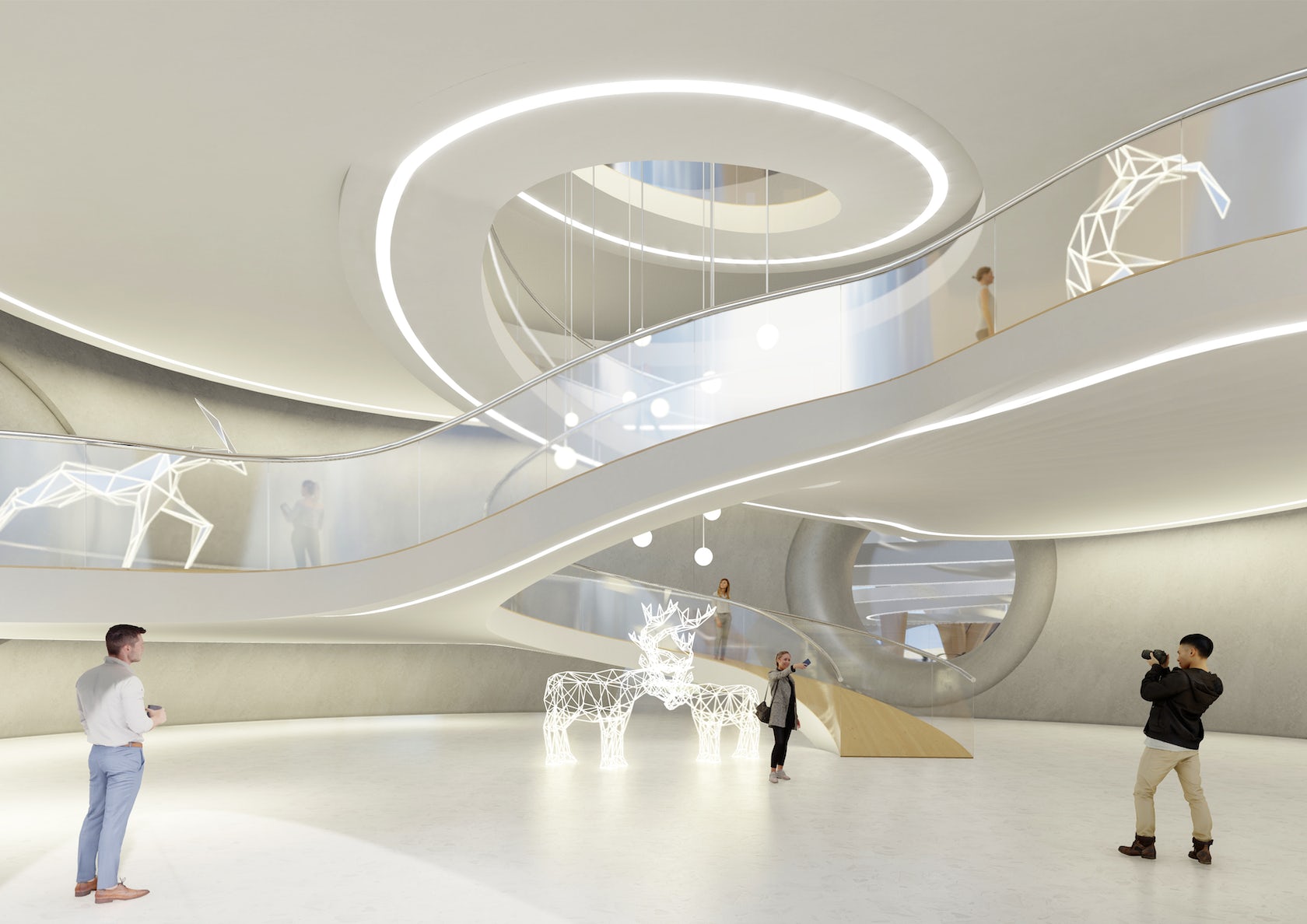 The library and the the cultural center are arranged on both sides of the building, where you can enjoy the sunrise on the sea and also the sunset on the mountain. 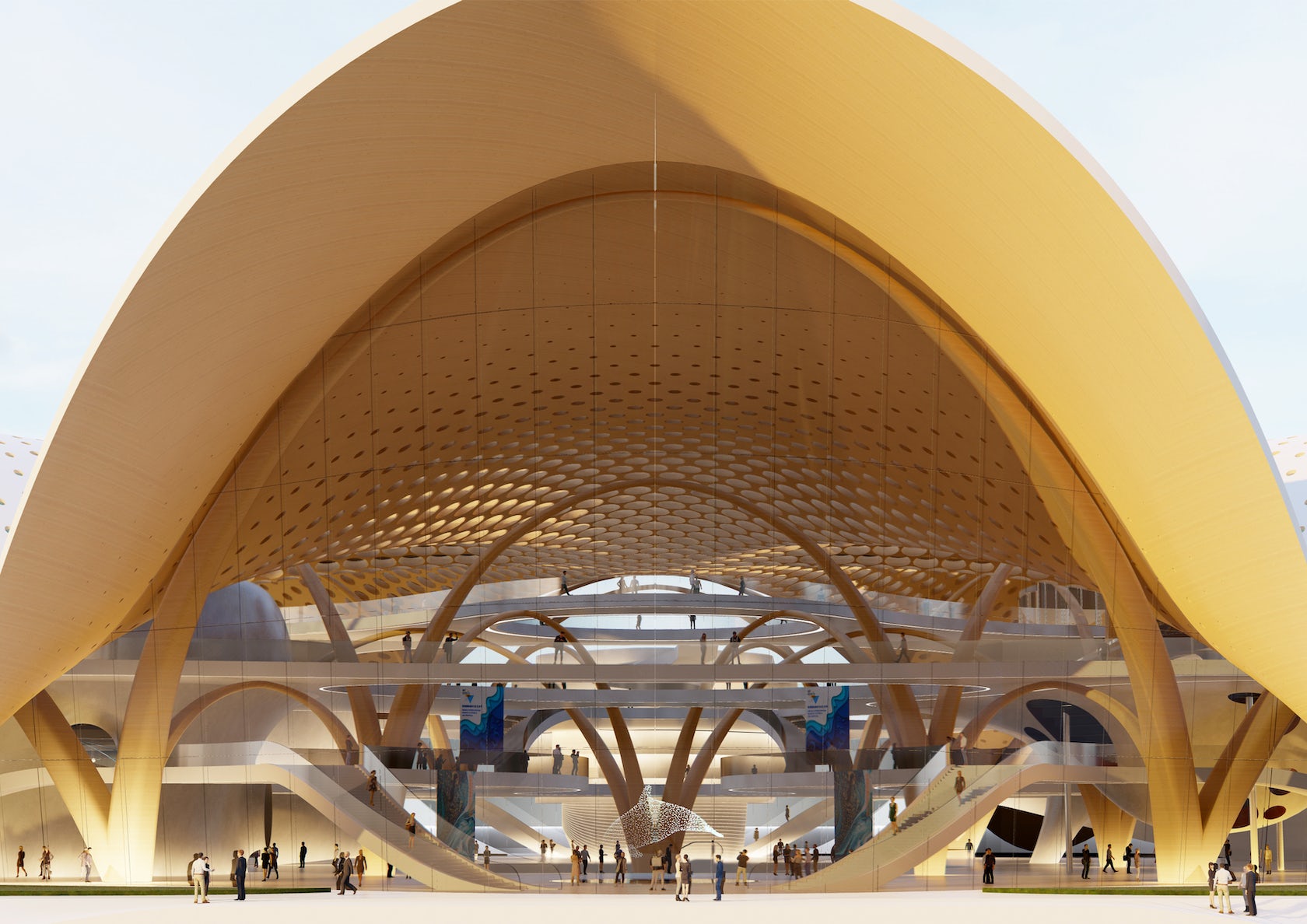 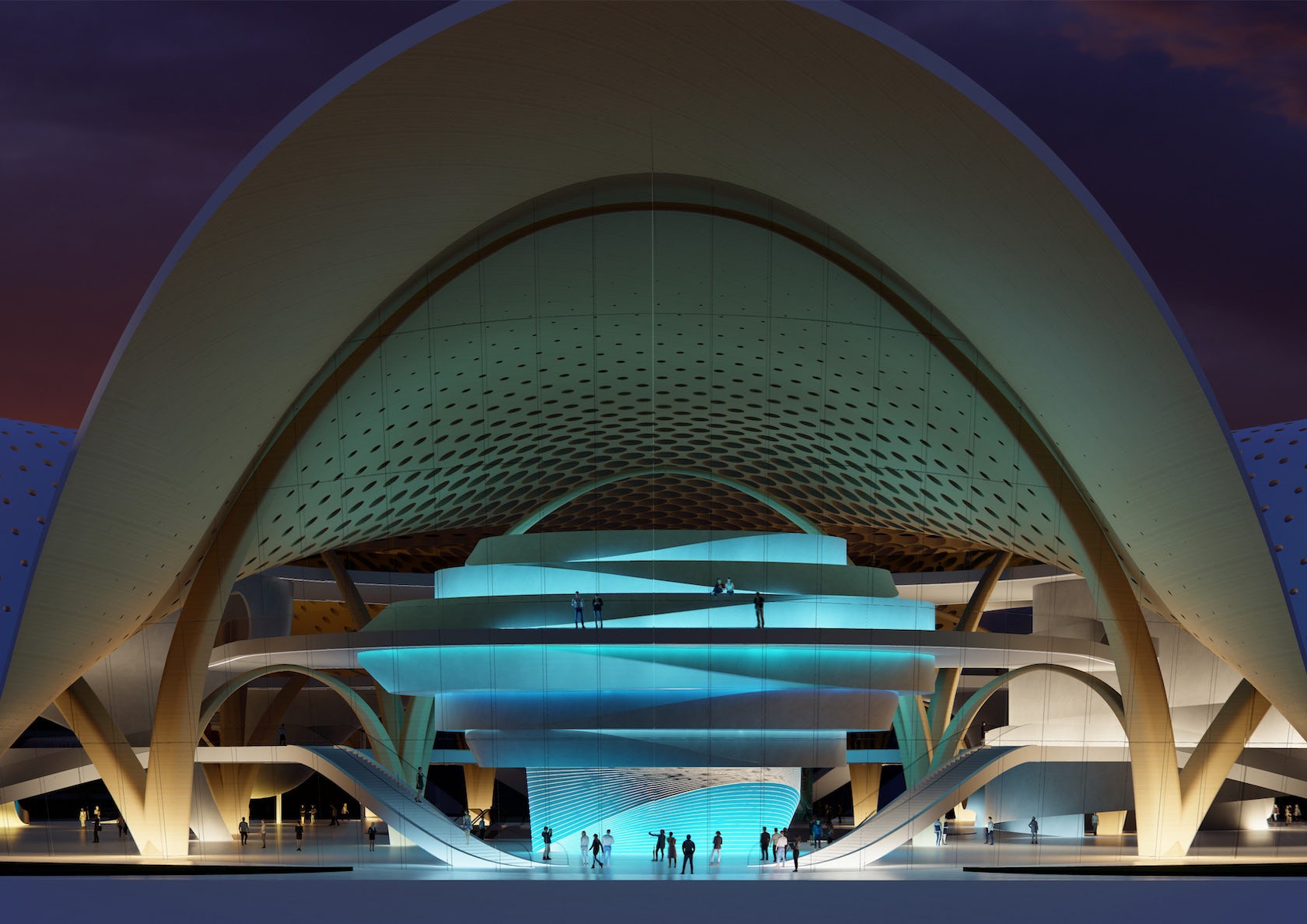 Text description provided by the architects. Restructuring of housing complex as part of a mixed operation. Creation of a 55 housings’ residence for students...

Text description provided by the architects. As part of the urban development of Borkum-Reede a series of compact and architecturally sophisticated residential units are...