Ed Carpenter Racing to run Bitcoin livery at the Indy 500

Ed Carpenter Racing to run Bitcoin livery at the Indy 500


The popular cryptocurrency will will be featured as a primary sponsor for VeeKay, but will also have a place on other ECR entries.

In addition to this, the team intends to integrate Bitcoin as a payment option for all its employees.

“I could not be more excited that this project is becoming a reality,” said team owner Ed Carpenter in a release from the team. “To bring my personal interest and immersion in Bitcoin to our industry is historic. Just as Bitcoin is revolutionizing our financial system, I see it as an opportunity to transform how we operate within our own motorsport industry.”

He later added: “With the power of the Bitcoin community backing ECR in our 10th season of competition, our team is more than ready to attack the Indy 500 and capture our first Borg Warner Trophy. We want to kiss the bricks, drink the milk, then watch Bitcoin race past $100k!” 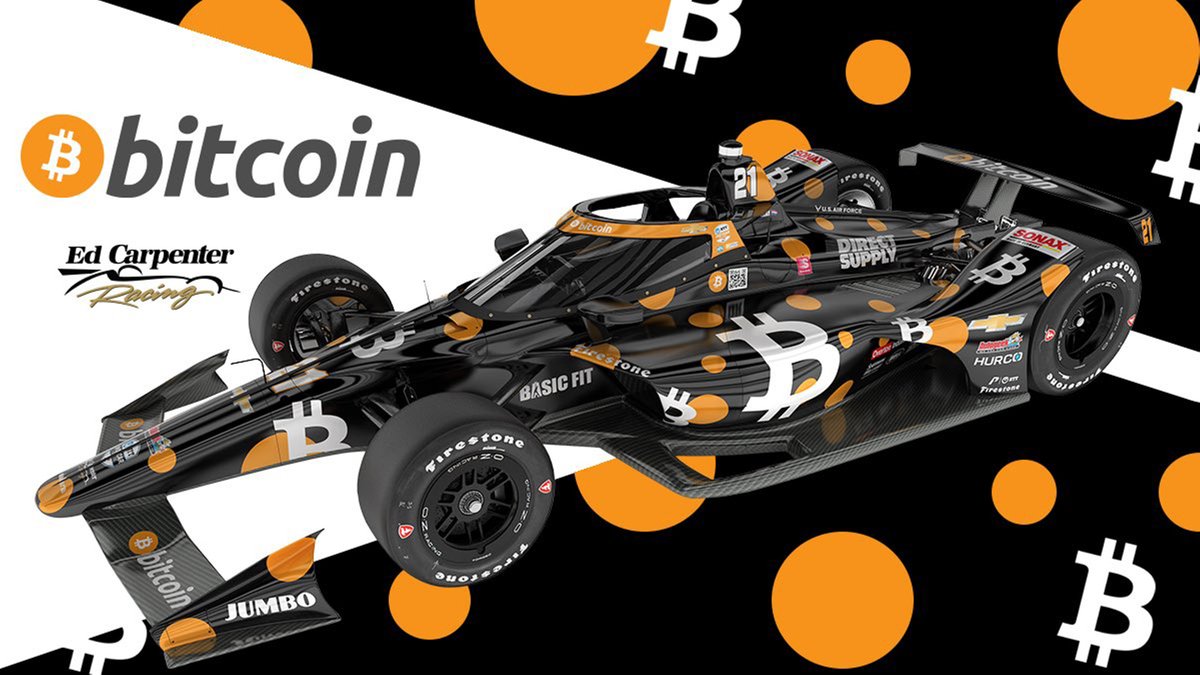 VeeKay, 20, is competing in his second full-time season as an IndyCar driver. The Dutch racing driver has one pole and one podium finish, both coming during 2020’s Harvest Grand Prix on the Indianapolis road course.

He finished 20th in the 104th running of the Indianapolis 500 last year after starting fourth.

ECR has also partnered with Strike to fundraise on behalf of the Bitcoin community and to cover the team’s budget for the Month of May.

“Ed’s message is simple; he doesn’t want to race for potato chips or soft drinks at the Indy 500,” stated Jack Mallers, founder of Strike. “This year, Ed is racing for human freedom, financial literacy, financial inclusivity, and is using the platform he’s earned throughout his career to promote the most powerful message possible in pushing humanity forward. We’re tremendously proud to support his efforts.”