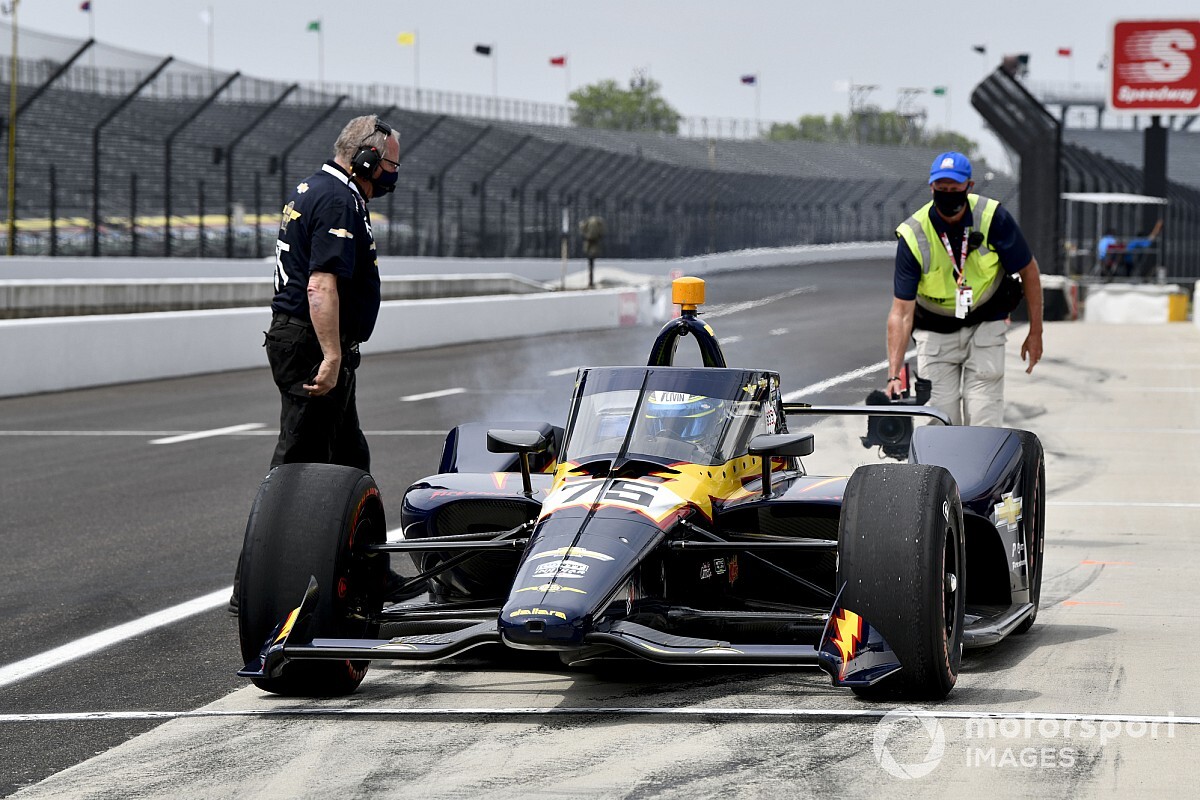 While 10-time Indy 500 starter Hildebrand breezed through his Refreshers test and two-time starter Wilson too eventually got up to pace after the team fixed the airflow to – and over – his helmet in the LOHLA/Cusick Motorsports #25 entry, Enerson was less fortunate.

A split CV boot on the #75 Top Gun Racing machine while he was running Phase 2 of ROP brought an early end to Enerson’s day. So IndyCar granted the team an hour on track this morning at 11am to complete Phases 2 and 3, before Day 2 of practice for all entrants began at 12 noon.

Enerson showed great consistency with a string of 213mph laps to finish off Phase 2, but initially struggled to string together a sequence of 215-plus laps for Phase 3. However, the 24-year-old Floridian, who was an Indy Lights winner and started three races for Dale Coyne Racing and one for Carlin, kept his cool, and pitted for Top Gun Racing to adjust his wing angle and free the car up.

Job done, Enerson finished off his task and is now permitted to practice with the other 34 contenders, whose practice started at 12.15pm local (Eastern) time and will run to 6.15pm.