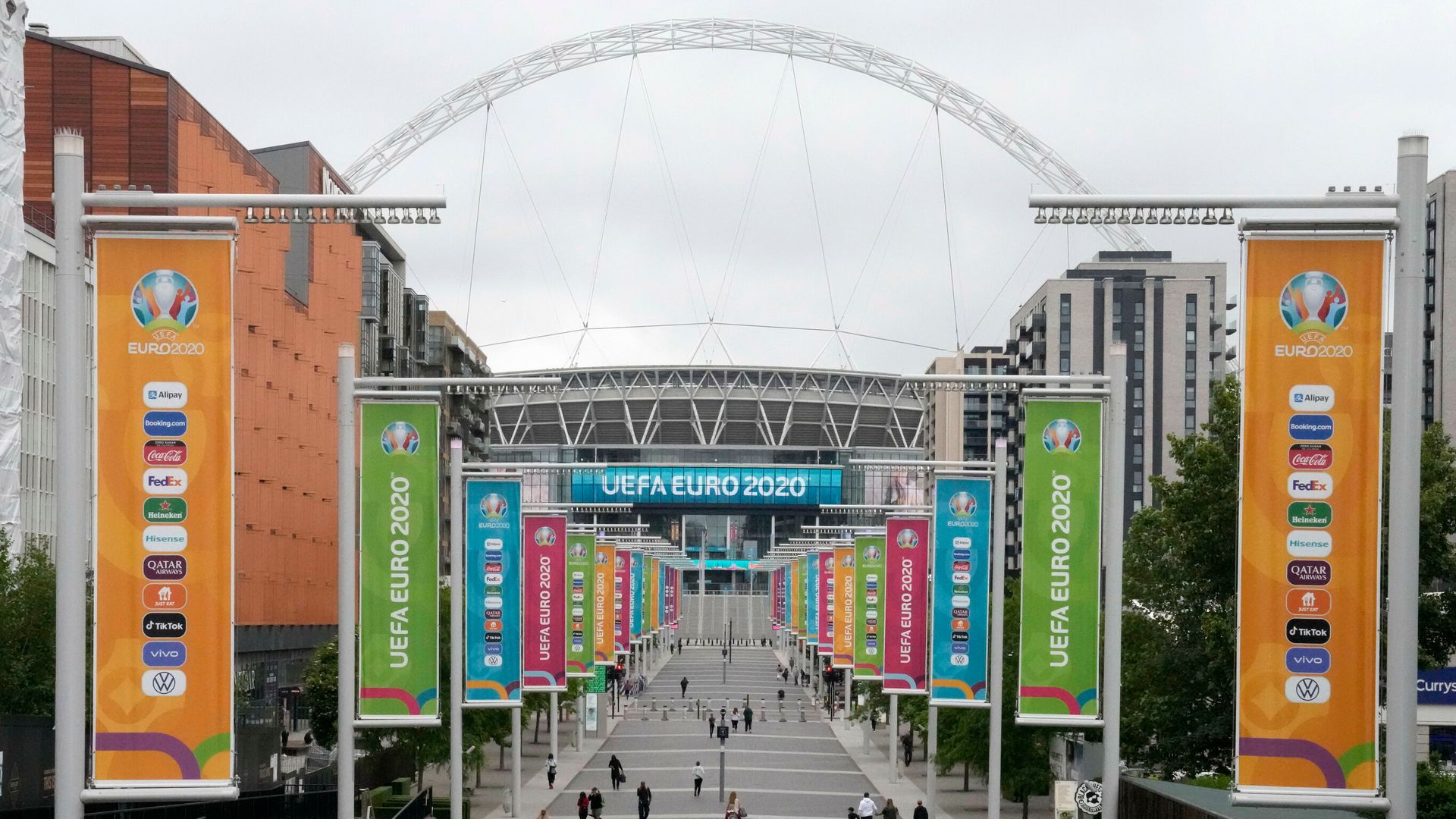 UEFA says there are no plans to switch the Euro 2020 semi-finals and final away from Wembley.

They have issued a statement after Italian Prime Minister Mario Draghi said he wanted the final to be held in Rome rather than London due to the rise in Covid cases in the United Kingdom.

UEFA said: “UEFA, the English FA and the English authorities are working closely together successfully to stage the semi-finals and final of EURO 2020 at Wembley and there are no plans to change the venue for those games.”

Draghi had said: “Yes. I will try to stop the final being held in a country where infections are rising quickly.

“I advocate that the final should not take place in a country in which the risk of infection is very big.”

German chancellor Angela Merkel has also expressed concern about the rise in cases of the Delta variant in Britain.

Italy reported 21 coronavirus-related deaths on Monday and 495 new cases, while on the same day the UK recorded five deaths and 10,633 new cases.

UEFA is in talks with the British government about increasing the attendance at Wembley to 65,000 for the semi-finals and the final.

Here4dBesthttp://here4dbest.com
Previous articleDenmark send 6 nations through to Last-16 & good news for Scotland
Next articleThe 25 Best Dresses on Amazon to Shop—Because Why Not?