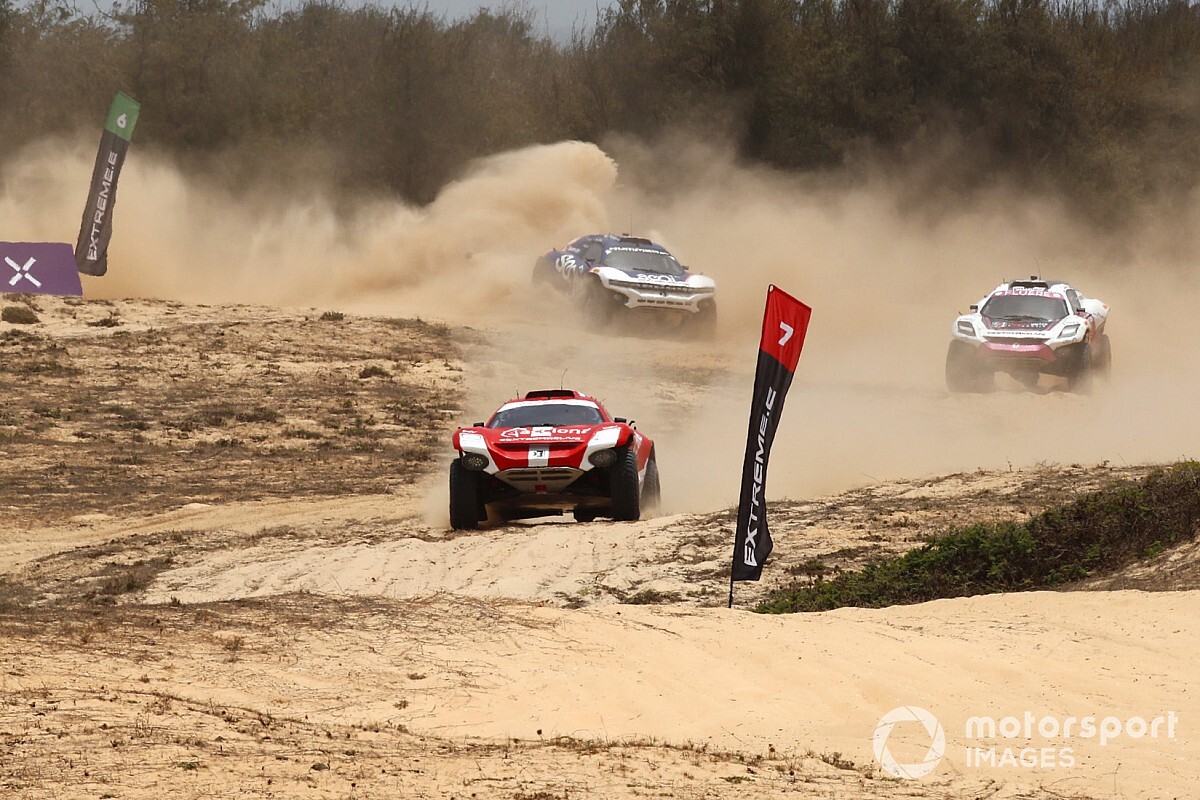 The all-electric SUV off-road racing championship was set to host an Amazon X-Prix event in Brazil across October 23-24 before a Glacier X-Prix season finale in Tierra del Fuego, Argentina over the December 11-12.

However, both events have now fallen off the calendar as a result of the ongoing COVID-19 crisis in South America.

Motorsport.com understands that the final decision whether to press on with these events had to be made in light of championship personnel facing current difficulties travelling to each race location for course recces.

Extreme E co-founder and chief executive officer Alejandro Agag said: “We’ve been closely monitoring the situation regarding all Extreme E locations for 2021 and have chosen to make this pre-emptive decision on racing in South America this year.

“As a new series embarking on our opening Season, our priority is to deliver a five-race calendar of events which are safe and responsible for our global participants, partners and staff to travel to and attend.

“This was not a decision made lightly, however current travel advice and restrictions have also meant we have been unable to visit the race areas in advance to undertake the necessary reconnaissance visits, which are especially vital due to the remote nature of our operations.

“We will of course continue to support our important reforestation and agroforestry initiatives which are already well underway in the region thanks to the help of Dr Francisco Olivieira and our partnership with The Nature Conservancy in Brazil.

“We would also like to thank the local authorities in Brazil and Argentina who have been supportive throughout the whole process and we hope we can return in 2022.”

An Extreme E statement explained that the series is currently considering alternative race locations to be announced in due course.

One back-up is the Western Isles in Scotland ahead of Glasgow staging the United Nations Climate Change Conference in November.

The timing of this event was behind Prince William test driving the standardised Odyssey 21 E-SUV machine at Knockhill last month.

Extreme E has previously had its calendar hit by the global pandemic, with a debut event in Saudi Arabia initially planned for 20-21 March before being pushed back to 3-4 April.
Argentina itself had been drafted in as a replacement for a proposed event in Nepal, which in turn had to be cancelled due to the “complexity of getting to the proposed race region”, however the championship has committed to a round in Nepal in the future.

This major calendar setback comes on the day that McLaren Racing announced it would enter Extreme E in 2022.

Here4dBesthttp://here4dbest.com
Previous articleNext Week on Xbox: New Games for June 14 to 18
Next article‘Love What I Do’: Ageless Jon Court Carries On At Churchill Downs – Horse Racing News

Marquez stormed to his and Honda's first win since the 2019 Valencia GP in last Sunday's Sachsenring race, while Espargaro ended up...

Abt Sportsline driver Van der Linde romped to a dominant win in the second race of the Monza season opener last Sunday,...

The 25 Best Dresses on Amazon to Shop—Because Why Not?