The Red Bull driver claimed the fifth F1 pole position of his career, and first since the 2021 season-opener in Bahrain, with a stunning late lap at Circuit Paul Ricard to keep clear of Mercedes duo Lewis Hamilton and Valtteri Bottas.

Hamilton will line up alongside Verstappen – who admitted he had not expected to perform so strongly relative to Mercedes on a circuit where it is unbeaten since its return to the calendar in 2018 – on the front row, beating Bottas for the first time all weekend to disprove a “myth” that his French GP struggles had been caused by swapping chassis with the Finn.

Home favourite Pierre Gasly will start from sixth place for AlphaTauri after his first timed effort in Q3 of qualifying was deleted for exceeding track limits at Turn 6.

Gasly has split the Ferrari pair with Monaco and Baku polesitter Charles Leclerc suffering what he called “a disaster” in seventh place, ahead of McLaren’s Lando Norris and Alpine’s Fernando Alonso.

Daniel Riccardo completed the top 10 in the sister McLaren.

Esteban Ocon narrowly missed out on the pole position shootout in 11th place for Alpine, but kept ahead of Aston Martin’s Sebastian Vettel and Alfa Romeo’s Antonio Giovinazzi.

George Russell produced his customary strong showing in qualifying to take 14th place for Williams, while Mick Schumacher made Q2 for the first time but was unable to take part in the session after crashing his Haas late on in Q1.

The first period of qualifying was halted twice for two red flags, the first for when AlphaTauri’s Yuki Tsunoda crashed at Turn 1, followed by the late stoppage due to Schumacher’s off at Turn 6. 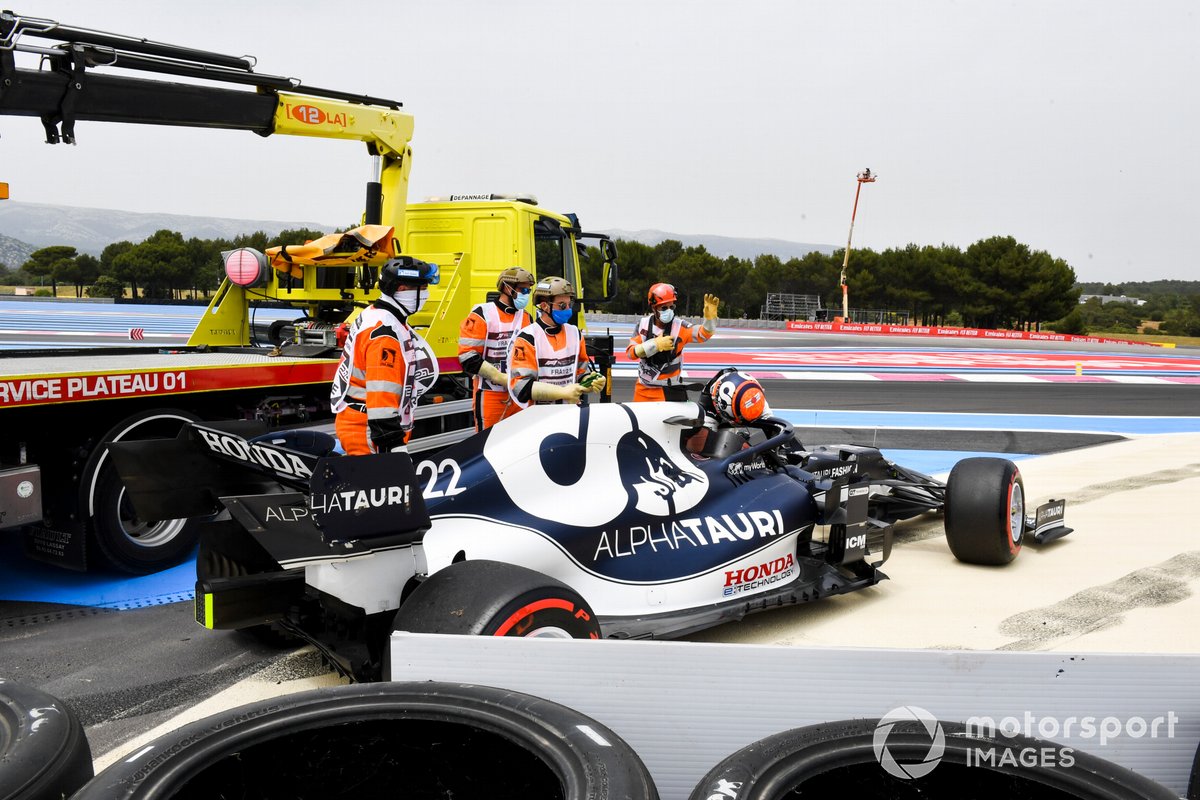 Yuki Tsunoda, AlphaTauri AT02, is assisted by marshals after crashing out in Q1

When is the F1 French Grand Prix?

The seventh round of the 2021 F1 season, the French GP at Circuit Paul Ricard in Le Castellet, gets underway at 3pm local time (2pm BST) on Sunday 20th June.

How can I watch the French GP?

In the United Kingdom, Sky Sports has exclusive live broadcasting rights of F1, with the French GP race shown live on Sky Sports F1. Pre-race coverage will be starting at 12:30pm BST ahead of the race start at 2:00pm BST.

After the race Sky Sports F1’s live coverage continues to follow the post-race reaction from when the chequered flag is waved until 5:30pm BST.

Autosport is running a live text commentary for the French GP.

In the United Kingdom Channel 4 is broadcasting highlights of the French GP at 6:30pm BST on Sunday. The full programme will run for two-and-a-half hours, covering the pre-race, the race highlights and the initial post-race reaction to wrap up the major talking points of the race weekend.

Coverage of the French GP will start at 1:45pm BST on BBC Radio 5 Live, available online, on DAB radio and the BBC Sounds app. 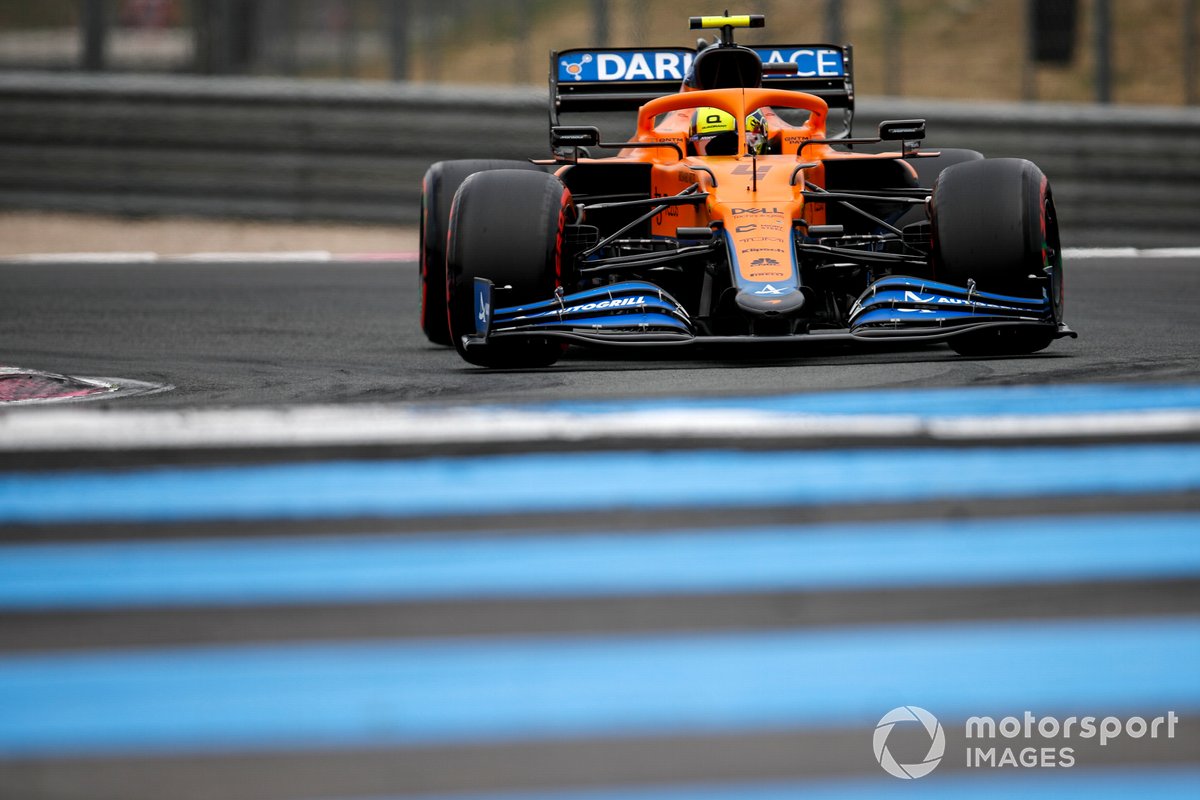 Weather forecast for the French GP

Current weather forecasts predict cloudy but dry conditions, with a small possibility of rain before the race and some strong winds throughout race day. The temperature is expected to be 28 degrees Celsius for the start of the race – about five degrees warmer than the Azerbaijan GP.

How many laps is the French GP?

The race is scheduled to complete 53 laps of Circuit Paul Ricard, covering a total race distance of 309.69km.

Will there be fans at the French GP?

Due to ongoing COVID-19 restrictions, the French GP will be limited to a maximum capacity of 15,000 fans on each day of track action across the race weekend.