This weekend’s GP at Silverstone will be the first in F1 history that features a 100km sprint race on the Saturday to decide the grid for Sunday’s main event.

But the arrival of the sprint race has had wider implications for the entire weekend timetable, with there now being much less practice time for teams to hone their race set-ups.

There will now just be a single practice session before a regular qualifying session on Friday evening to decide the grid for the sprint race.

Ferrari team principal Mattia Binotto thinks that, with the additional complication of a new rear tyre construction being introduced, there is potential for a lot of engineering headaches. 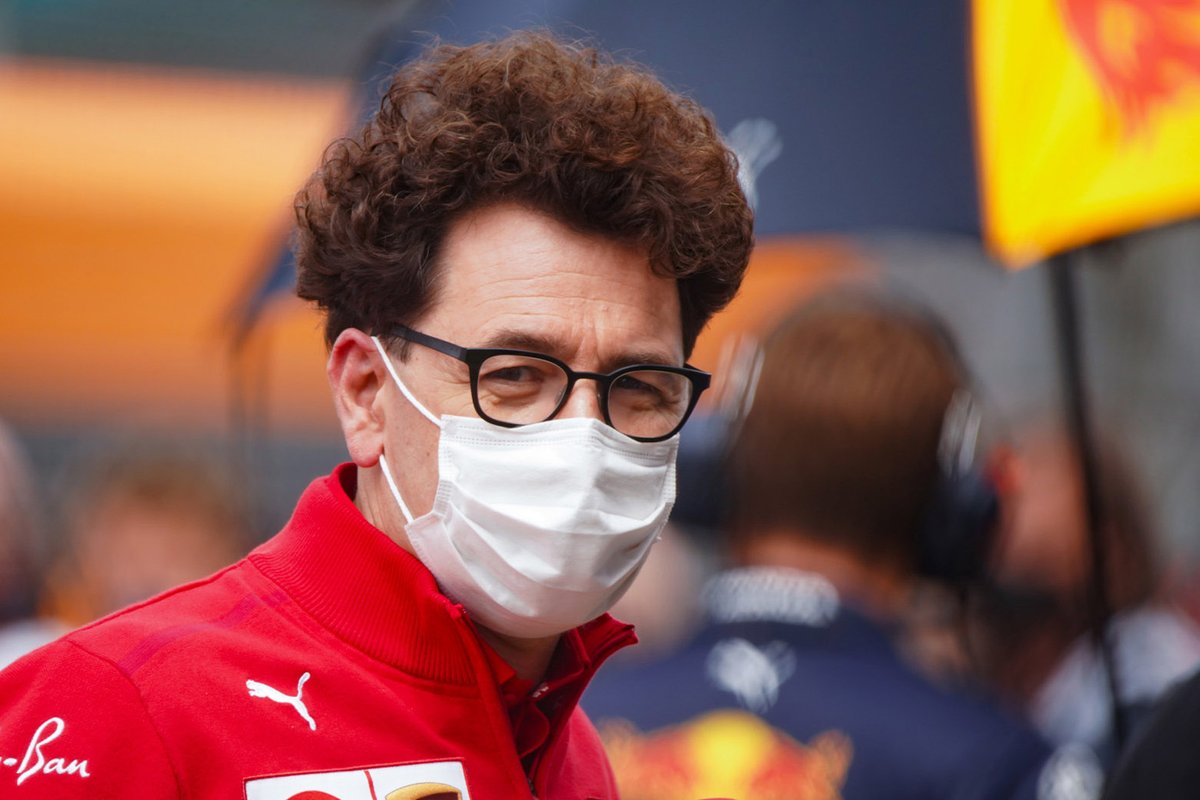 “We have got a new tyre specification at Silverstone, which we tested in Austria, but most of the teams need to have some more experience on it,” he explained.

“There will be very little time for it because it’s only the Friday morning [practice session] before going into qualifying – so you are really going straight into qualifying with the new spec.

“It’s a new format, there is very little experience because it is parc ferme from Friday afternoon onwards, and that’s really exciting. It could be exciting.

“I think there may be some mess because set-ups will not be optimised thanks to a lack of experiences on the tyres, so I think it can be a great race weekend in that respect.”

F1 has been clear that one of the key reasons for the sprint race idea was to make the whole weekend more exciting for fans, rather than it just being about spicing up Saturday afternoon.

Ross Brawn, who is F1’s managing director of motorsport, said: “It’s not just about the sprint. We have qualifying now on a Friday afternoon. And so we have a premier event on Friday, we have another primary event on a Saturday and then we have the main event on Sunday.

“It’s all about creating more engagement for the whole weekend, and having an event on a Saturday, which is new, and it’s different.

Why it happened and what comes next

Vettel was subsequently disqualified, but by filing a notice of intention to appeal on Sunday evening, the Silverstone team gave itself the...

As we revel in what is continuing to shape up as a classic year for Formula 1, Sunday’s Hungarian Grand Prix marked...

8 Ways To Minimize Entrepreneur Burnout In A Startup