FIA should focus on policing F1 incidents, not burnouts

FIA should focus on policing F1 incidents, not burnouts


Max Verstappen’s burnout as he took the chequered flag after his victory in the Styrian Grand Prix last weekend did not go down well with F1 race director Michael Masi, who warned Red Bull that repeat behaviour would not be tolerated in the future.

While Masi’s concerns on safety grounds are understandable, two-time F1 world champion Alonso reckons that the FIA should be more focused on dealing with other matters that are more critical to the race.

“I like when you can be yourself, and this burnout I think it was nice to watch,” explained Alonso.

“Even the donuts sometimes in Abu Dhabi, I think the fans they like that, and you see a lot of videos from those moments, from social media, etc. So the fans, they like that.

“I think the FIA should police more the track limits and Turn 1. I was the only one making a move into Turn 1 at the start [last weekend], and the two cars that I overtook, they missed Turn 1 and they exited in front of me.

“There is no warning on that, so there are things that for sure we can improve from the fans’ point of view.” 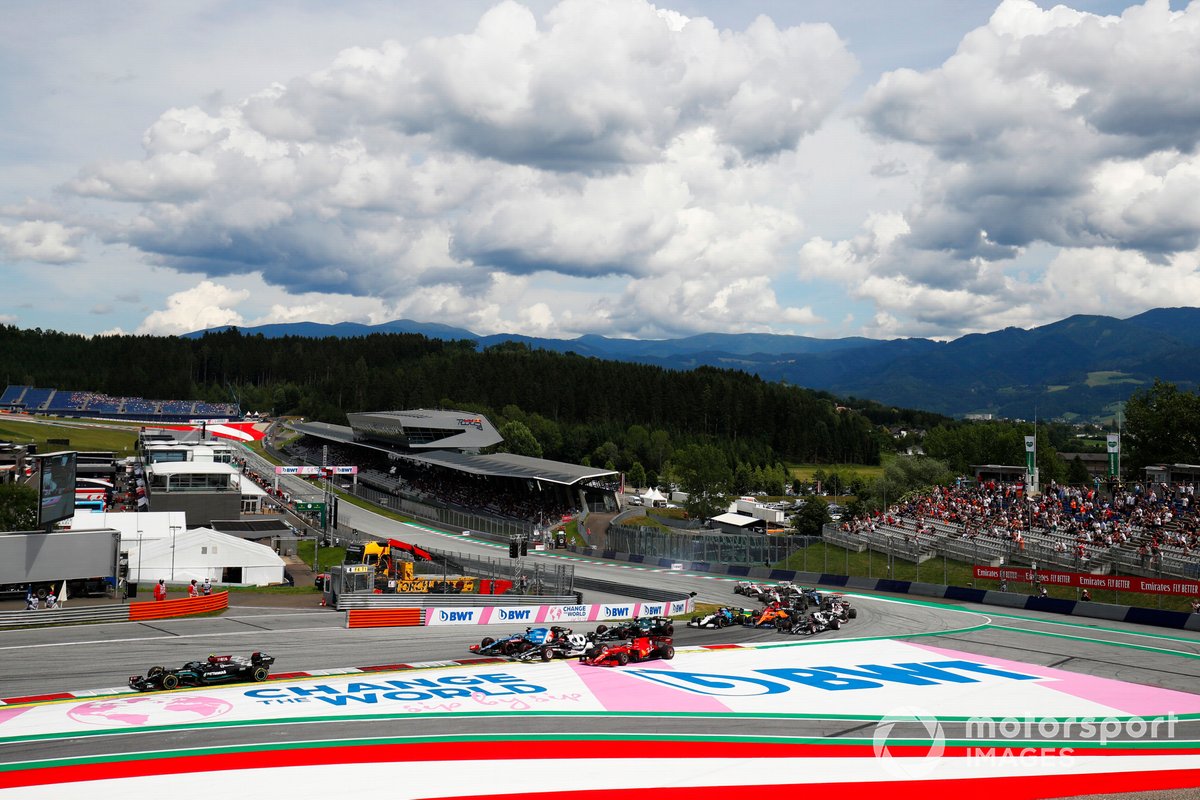 Valtteri Bottas, Mercedes W12, Fernando Alonso, Alpine A521, Pierre Gasly, AlphaTauri AT02, Charles Leclerc, Ferrari SF21, and the remainder of the field at the start

Verstappen himself insisted that he made sure his burnout was done in a completely safe manner, but said he would not do it again.

“I understand of course about safety, but I looked in the mirror, went all the way to the right, and took it easy,” said the Dutchman.

“I mean everyone was on the left, and I just did a burnout. Okay, if it’s not allowed, I wouldn’t do it again.

“At the time I thought it was really funny and safe, but of course I understand they don’t want to see this happening again, which is fine for me.”

Asked if he felt the FIA should actually be promoting other ideas to help drivers celebrate, Verstappen joked: “Yeah, bungee jumping, or cage fighting, it would be great. Backflips with the car?

“I don’t know if the FIA likes that, you think or not? Maybe we can improve it. Maybe get some bonus points as well, that would be great – the best celebration.”