Fittipaldi was supposed to start his first Indy 500 back in 2018, driving for Dale Coyne Racing. However, a leg-breaking crash at Spa during practice for a WEC race kept him out of an IndyCar cockpit until late July, and his commitments as test driver for the Haas F1 team kept him away from IndyCars for the next two years.

However, with his friend and former Haas F1 driver Romain Grosjean switching to IndyCar but avoiding the big ovals, Fittipaldi has returned to the Dale Coyne Racing with RWR-Honda entry as Grosjean’s oval substitute.

His Texas results were no indicator of Fittipaldi’s speed at Indianapolis Motor Speedway, which startled many. The #51 car set a four-lap average of 230.846mph to claim 13th, the inside of the fifth row on Indy’s famous 11 x 3 grid.

Said Fittipaldi: “We knew we had a good car [on Fast Friday]. All the pressure and the hype, it’s four days of practice that are just building up to it. The nerves were there, it’s my first Indy 500 qualifying and it’s super intense.

“You have to go out and be committed and hold it wide open, flat out for four laps and we did that. The car was amazing, the Dale Coyne Racing with RWR team has done a great job. I’m just very happy to be here and super excited.

“We were thinking of going back out at the end to try and get into the Fast Nine – I think the car had it in it – but at the end of the day we’re happy with where we qualified, and we didn’t want to risk it.”

The next target is Rookie of the Year Award, something Pietro’s uncle Christian Fittipaldi earned with a second place finish in 1995, beaten only by future Indy car and F1 champion Jacques Villeneuve. 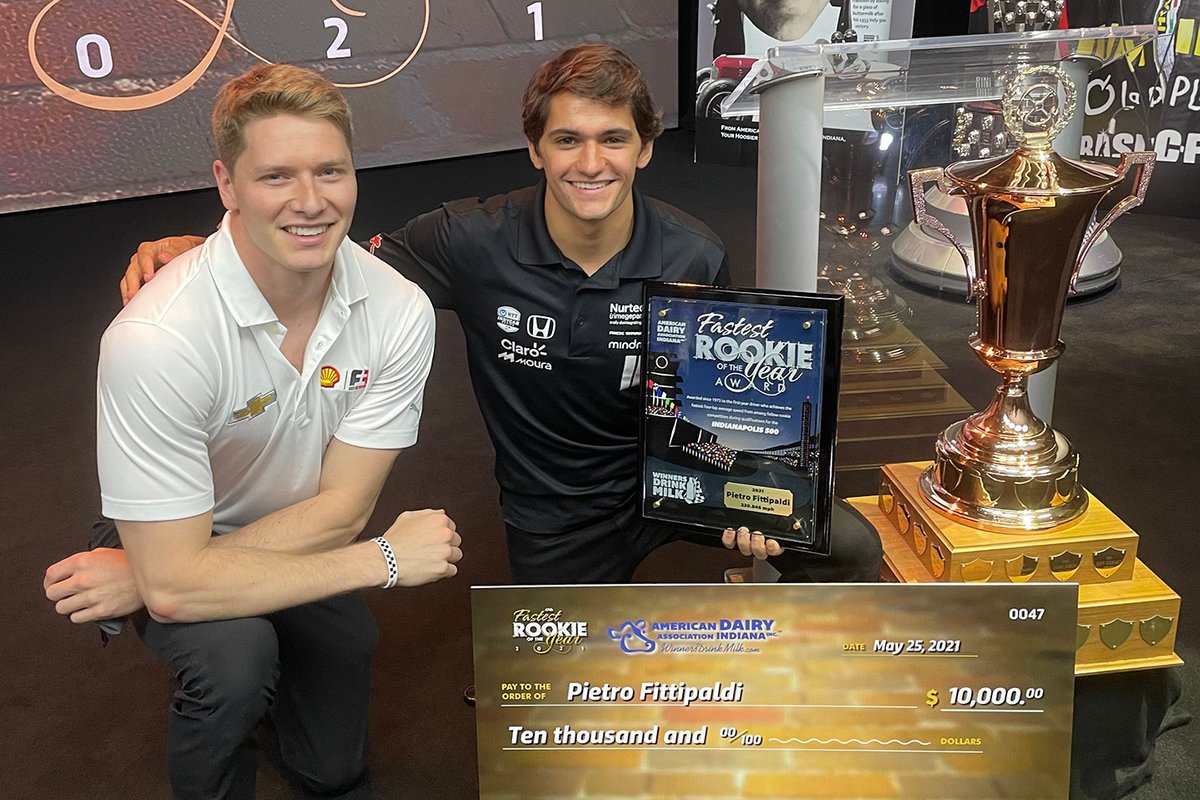