Two-time F1 world champion Alonso returned to F1 for 2021 with Alpine after spending two seasons racing in sportscars and IndyCar – as well as contesting the Dakar Rally – as part of his push to emulate Graham Hill and complete motorsport’s Triple Crown.

Alonso often spoke of his inability to find much enjoyment in F1 over his last couple of seasons on the grid as McLaren struggled for performance, leaving him unable to fight for podiums or wins.

While Alpine is currently fighting in F1’s midfield, Alonso revealed on Thursday ahead of this weekend’s Azerbaijan Grand Prix that he is enjoying his comeback more than he expected.

“In terms of happiness or how I feel coming back, it’s better than I expected, honestly,” Alonso said.

“I’m enjoying every weekend so much, enjoying driving so much.

PLUS: How box office Alonso is still proving his star quality in F1

“Even the weekends where we don’t have racing, I miss the grand prix.

“So now that we have three races, France and two [in] Austria, I will enjoy because I like the back-to-back.” 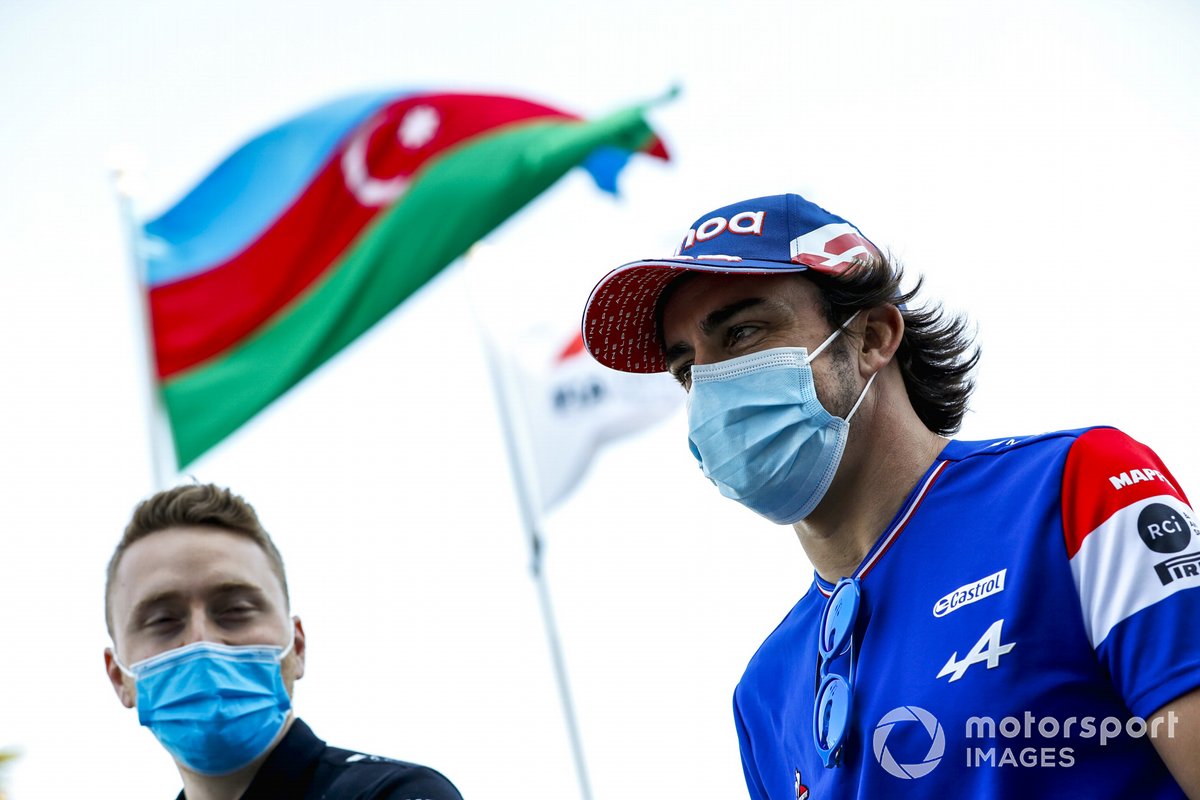 Alonso has scored points in just two of his first five races this season, and has been beaten by team-mate Esteban Ocon in all four races both drivers have finished, as well as the last four qualifying sessions.

The Spanish driver has been open about his need to get back up to speed after two years away from F1, acclimatising to the Alpine A521 car.

Alonso felt his Sunday race performances were now at a level he was happy with, but recognised a need to get up to speed a bit more in qualifying sessions on Saturdays, citing tyre warm-up as being his current weak spot.

“There are a couple of things that we need to keep working on,” Alonso said.

“One is the tyre preparation, how to switch on the tyre, especially on Saturdays. [For] Sundays, I’m more or less happy with the performance in these races.

“I’ve been in the points two times, but the three times we were not in the points, we finished a few tenths off the points, because we were in that group that were backing the last couple of cars between 10th and 13th or whatever.

“I’m happy with Sundays, not happy with Saturdays. The main limitation at the moment that I am finding is switching on the tyres. But I think it’s a matter of time until we put things in the right place.

“In that aspect, I’m not too worried in terms of performance.”