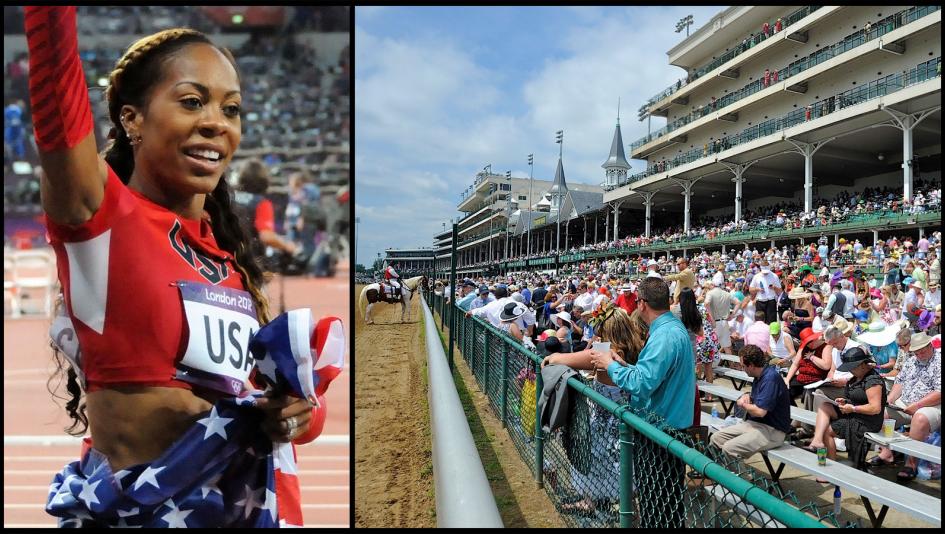 Richards-Ross will offer commentary on the fashion and pageantry at Churchill Downs on the Saturday, May 1 Kentucky Derby Presented by Woodford Reserve broadcast at 2:30 p.m. ET on NBC as well as the Longines Kentucky Oaks show, Friday, April 30 at noon ET on NBCSN.

Richards-Ross, who will be attending her first Kentucky Derby, served as a guest analyst on NBC Sports’ coverage of the 2016 U.S. Olympic Track & Field Trials before joining the track & field team on a regular basis at the 2016 Rio Olympics. She also co-hosts Central Ave., a syndicated weekly lifestyle show.

“Quarter-milers are called ‘Quarter Horses.’ The 400 meters is the closest thing to ‘the most exciting two minutes in sports,’ so to finally be in the arena to see the best horses and jockeys coupled with the incredible fashion and rich traditions … I simply cannot wait!” Richards-Ross said.

“We’re accustomed to Sanya offering commentary at the track, but this time she’ll be delivering her unique perspective on those watching the races, rather than the athletes running in them,” said Rob Hyland, coordinating producer of NBC Sports Group’s Triple Crown horse racing coverage.

Richards-Ross is also the founder of MommiNation, a multimedia platform which focuses on the voices, experiences, and needs of Black mothers.