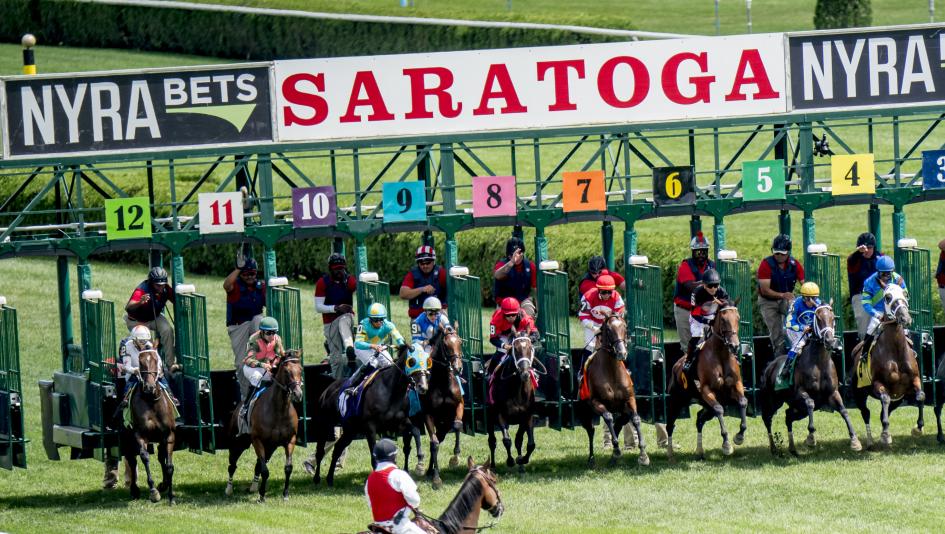 FOX Sports, a unit of Fox Corporation, and the New York Racing Association agreed March 25 to an expanded partnership that establishes FOX Sports as the official wagering partner of NYRA Bets and the leading media provider for elite Thoroughbred racing through the next decade.

The prior FOX Sports/NYRA media rights agreement provided a FOX Sports subsidiary with an option to acquire a 25% stake in NYRA Bets, a leading Advance Deposit Wagering (ADW) platform launched in 2016 and available to customers in 30 states across the country. The FOX Sports subsidiary will exercise this option by the summer of 2021, pending final regulatory approval.

The newly announced agreement provides a FOX Sports subsidiary with a future opportunity to increase its equity interest in NYRA Bets.

As an unprecedented year interrupted live sports around the world, horse racing operated safely and continuously. NYRA Bets achieved record growth in 2020, as new fans engaged with horse racing by watching an unparalleled amount of coverage across FOX Sports’ family of networks. Driven by a dramatic expansion in this live television coverage, NYRA Bets generated $225 million in wagering handle in 2020, a more than 100% increase compared with 2019.

“The remarkably rapid expansion of NYRA Bets, and the digital ADW wagering marketplace, make this an ideal opportunity for FOX Sports to deepen and broaden its investment in both premier media rights and the high-growth sports wagering industry. With our investment options in NYRA Bets, FOX is now uniquely positioned as the only media company with strategic stakes in digital bet-taking businesses in horse racing, sports betting, poker and casino gaming,” said Michael Mulvihill, FOX Sports’ executive vice president, head of strategy and analytics. “We’re confident that our television partnership with NYRA will fuel continued growth for NYRA Bets in the years ahead.”

Dave O’Rourke, president and CEO, NYRA, underscored the importance of its partnership with FOX Sports to the sport in New York as well as across the country.

“FOX Sports has shown an unwavering commitment to the sport of horse racing over the past five years,” said O’Rourke. “The strength of our partnership with FOX Sports, and the continued expansion of our high-quality telecasts, has proven to be hugely beneficial for the New York racing community and the sport as a whole.”

The new agreement will extend FOX Sports’ television rights with NYRA through 2030 and further expand exclusivity for daily racing at Belmont Park and Saratoga Race Course.

Under the new deal, FOX Sports expects to air at least 700 hours of coverage each year from Belmont Park and Saratoga Race Course and, outside of prior commitments, gives the network exclusive national broadcast rights at Belmont Park and Saratoga Race Course through 2030. NYRA will serve as the production arm for all horse racing events during the term of the partnership.

NYRA and FOX Sports began their collaboration during the first season of Saratoga Live during the 2016 summer meet at historic Saratoga Race Course. The critically acclaimed show, broadcast daily from the grounds of Saratoga, aired 80 hours of live coverage on FS2 and coincided with the national launch of NYRA Bets. Since then, total coverage has grown to more than 700 hours in 2020. NYRA Bets wagering handle has also grown from $7.2 million in 2016 to over $225 million in 2020. Wagering through national ADW outlets increased 115% during that same period. Along with Saratoga Live, FOX Sports’ NYRA television portfolio includes “America’s Day at the Races,” airing in the spring, summer, fall, and select dates throughout the winter racing season.

FOX Sports became the national television home for NYRA’s Belmont Park and Saratoga Race Course coverage in 2019. That same year, the brand furthered its commitment to horse racing by televising the Runhappy Travers to a national audience on the FOX broadcast network (FOX) for the first time in network history. Following a successful presentation in 2019, the Travers returned to FOX in 2020.

First held in 1864, the Travers is the most prestigious stakes race for 3-year-olds outside of the Triple Crown series and the traditional centerpiece of the annual 40-day summer meet at Saratoga Race Course. The race is named for William R. Travers, the first president of Saratoga Race Course who won the inaugural running in 1864 with a horse named Kentucky.

The new FOX Sports/NYRA agreement ensures that the Travers will air LIVE on FOX through 2030.

“NYRA is delighted to extend our relationship with FOX Sports,” said Tony Allevato, president, NYRA Bets. “We look forward to continuing to work closely with the FOX Sports team over the next decade to grow NYRA Bets while continuing to present the very best in horse racing coverage to more sports fans than ever before.”

After Jareth Loveberry found an opening in the stretch, King of Miami surged between horses to win the Mystic Lake Derby ...

Juan Cano, at his Churchill Downs barn, is a hands-on trainer like his mentor Angel Montano. Here he's with $91.80 winner Super Sol. ...