Leclerc broke his front wing on Gasly’s left-rear tyre as he moved towards his AlphaTauri rival during a fight for position out of the opening corner of the Red Bull Ring race.

While Leclerc was able to pit for a replacement front wing and eventually recovered to finish seventh, the damage to Gasly’s car eventually triggered his retirement from the race.

F1 race director Michael Masi did look into the incident but felt that the clash was just a typical first lap collision, so did not request a proper investigation by the FIA stewards.

However, Gasly reckons that the incident did warrant an extra look – and he expects further talks about the FIA stance during the Friday night driver’s briefing at the Austrian GP.

“In the end it doesn’t really matter to me, but I must say I was a bit surprised at the time that there was no further investigation,” said Gasly on Thursday.

“Obviously it wasn’t done on purpose, and it’s not something which Charles deliberately did, but for sure it had quite a big consequence on my race.

“Especially after seeing Valtteri [Bottas] getting a three-place grid penalty for losing the control of his car in the pitlane, but not really affecting anyone else’s race, and this, which obviously had an impact on my race, I must say I was surprised.

“But at the end of the day, I just care about my own race, and there’s not much that could change anything on that side. So it’s just something we’re probably going to talk about with Michael.” 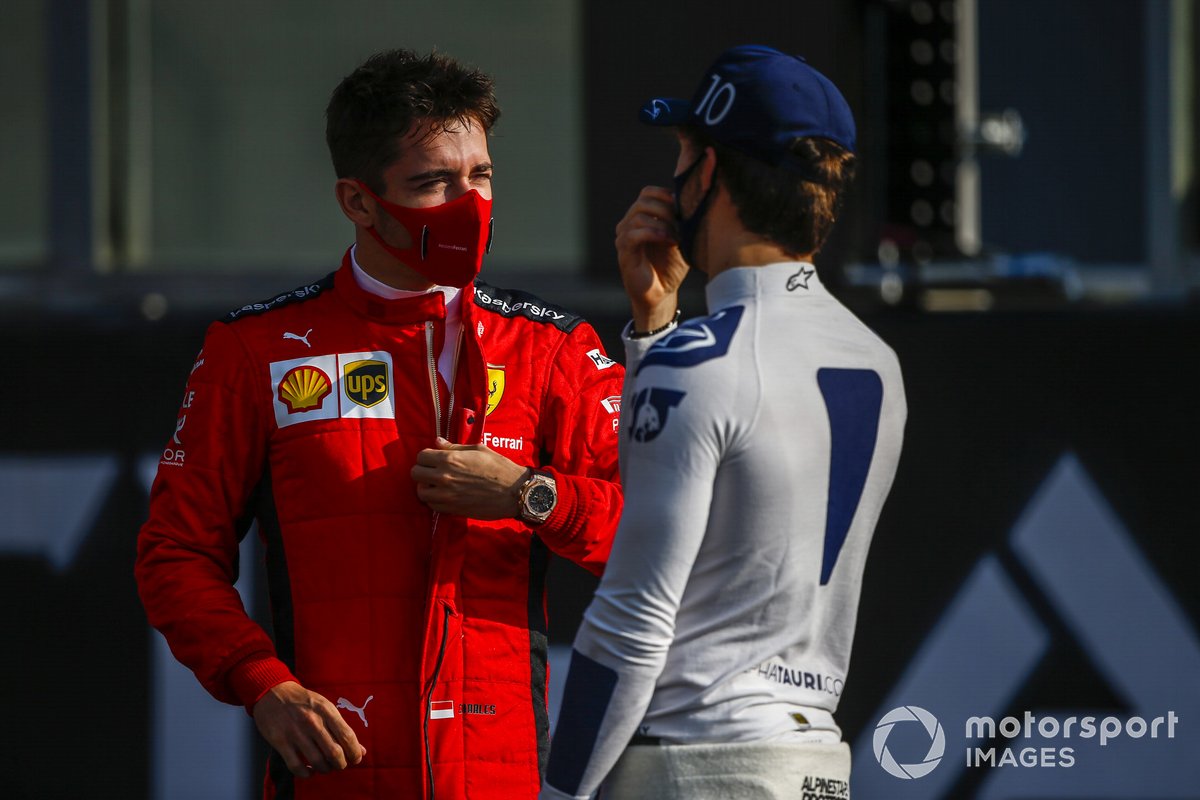 While F1 managing director of motorsport Ross Brawn suggested earlier this week that the incident was maybe triggered by Leclerc’s impatience when fighting in the midfield, the Ferrari driver was not so convinced.

“For my wheel-to-wheel racing, I am actually quite satisfied with it,” said Leclerc. “It’s always obviously on the limit, but if you look at the last race, it helped us massively to come back through the field without losing too much pace.

“It’s always a fine balance. It was a bit too much in the first lap, but I spoke with Pierre. Everything is fine there, and that’s it.”

Gasly confirmed that Leclerc had spoken to him on Sunday night after the Styrian GP, but was not in the best of moods at the time.

“He came to see me after the race: I was still pissed off,” said the Frenchman. “It doesn’t matter even if you are friends. Still, I was still quite upset.

“But I know him, I know the way he races, he is a fair guy and you can see that he didn’t do it on purpose. It’s just hard but it’s part of racing, and these things happens once in a while.”

Hamilton and Vettel both spoke out against Hungary’s anti-LGBTQ+ legislation in the build-up to the race weekend at the Hungaroring, with Vettel...

Rio was all about the experience, but I’m here in Tokyo to win a medal