The world champion was beaten to the win in F1’s first sprint qualifying race on Saturday, with him unable to keep up with his Red Bull rival after the opening laps.

That form has left Hamilton under no illusions that Mercedes needs to be on top form with its strategy calls at Silverstone on Sunday if it is to find a way past its main title rival.

“I think he [Verstappen] had a lot of pace in him and I don’t think he was particularly having to push too hard, and we were flat-out,” said Hamilton. “It’s going to be tough.

“If I can try somehow to keep up with them through the stints, maybe we can apply pressure through strategy – but we’re not going to be overtaking them on the track: they’re just too fast. So, we play the long game hopefully.” 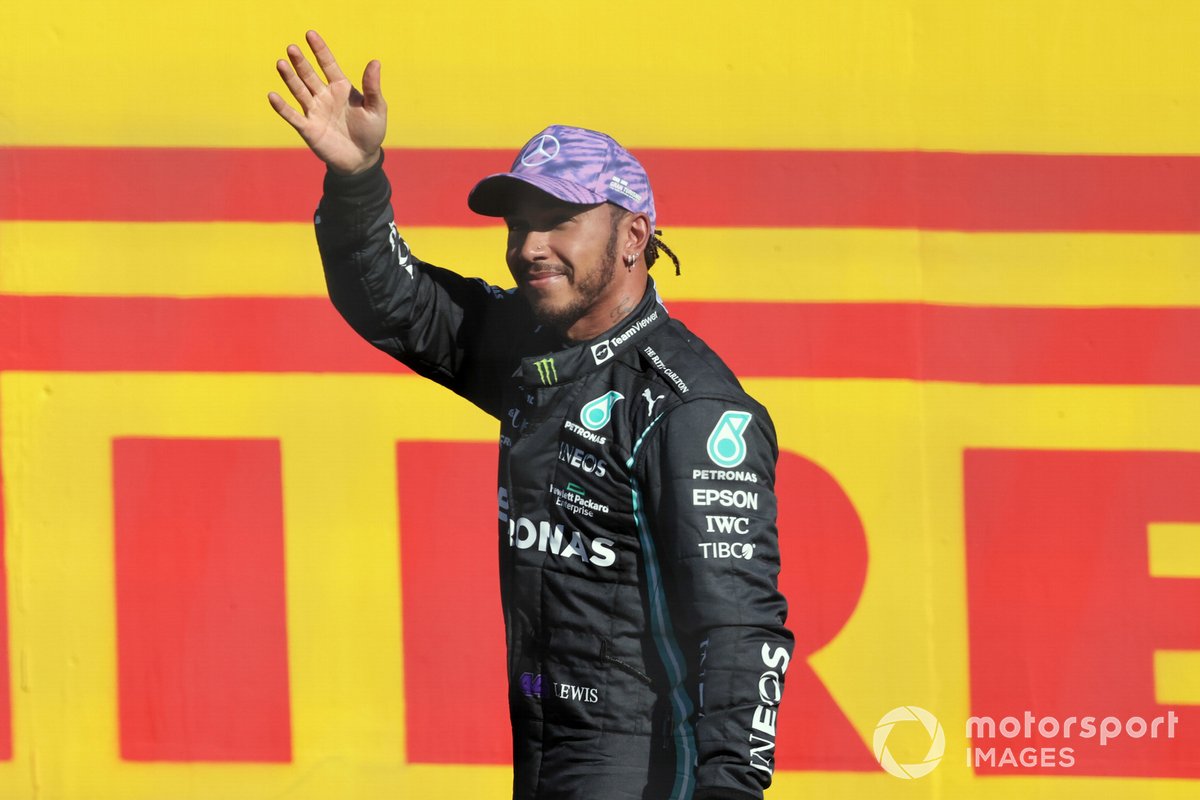 Mercedes boss Toto Wolff agrees there is little separating Red Bull and Mercedes in pace terms, which does put the onus on a strategy call being decisive.

But one of his team’s biggest advantages is that it has two cars in the fight at the front, because Red Bull’s Sergio Perez will be starting at the back after his spin in the sprint race.

“I think we have pace,” said Wolff, reflecting on the performance of the Mercedes against the Red Bull in the sprint race.

“If Lewis would have held the position at the beginning, I think we would have pretty much had the same race, just with a Mercedes in front. That means we were equal in performance.

“With two cars right there, you can split the strategies, you can go long, you could try overcutting, you can undercutting, starting on different tyres. That is certainly a big advantage.”

One intriguing difference between the Red Bull and Mercedes cars is their wing level settings for the race – with both teams having gone in different directions.

Red Bull has gone for a high downforce solution, for better performance in the corners, while Mercedes has opted for less drag to be faster down the straights.

Verstappen thinks that his solution is perhaps not the best as it can leave him exposed to getting overtaken.

“It seems like we are quick through corners, and they are quick on the straight this weekend,” he explained. “Of course, after one free practice session you’re not allowed to make any changes and if you don’t get it right, then you’re a bit stuck. So I think we’re a bit stuck on the straight, so that’s why we have to make up our time in the corners.”

For a full analysis on the Mercedes v Red Bull battle potential, and the real strategy picture for the British GP, see here.

Here4dBesthttp://here4dbest.com
Previous articleHow data could save Earth from climate change | Climate change
Next articleHas there been a product you didn’t like initially but later loved?