Hamilton had surged in to the lead of the race from the standing restart after the late red flag period, but it all went wrong when he hit the brakes.

His fronts locked up instantly and he careered down the escape road and slumped to the back of the field, leaving the way open for Sergio Perez to win.

Speaking on team radio after the race, Hamilton questioned whether he had made a mistake in triggering the team’s famous ‘magic’ button.

Speaking to his engineers, he said: “Did I leave the magic on? I could have sworn I turned that off.”

Mercedes uses a ‘magic’ button system to help its drivers better warm up their tyres and brakes during formation laps and safety car restarts.

It shifts the brake balance towards the front wheels, and the extra braking force that is applied produces extra heat in the discs that is then radiated to the front tyres. 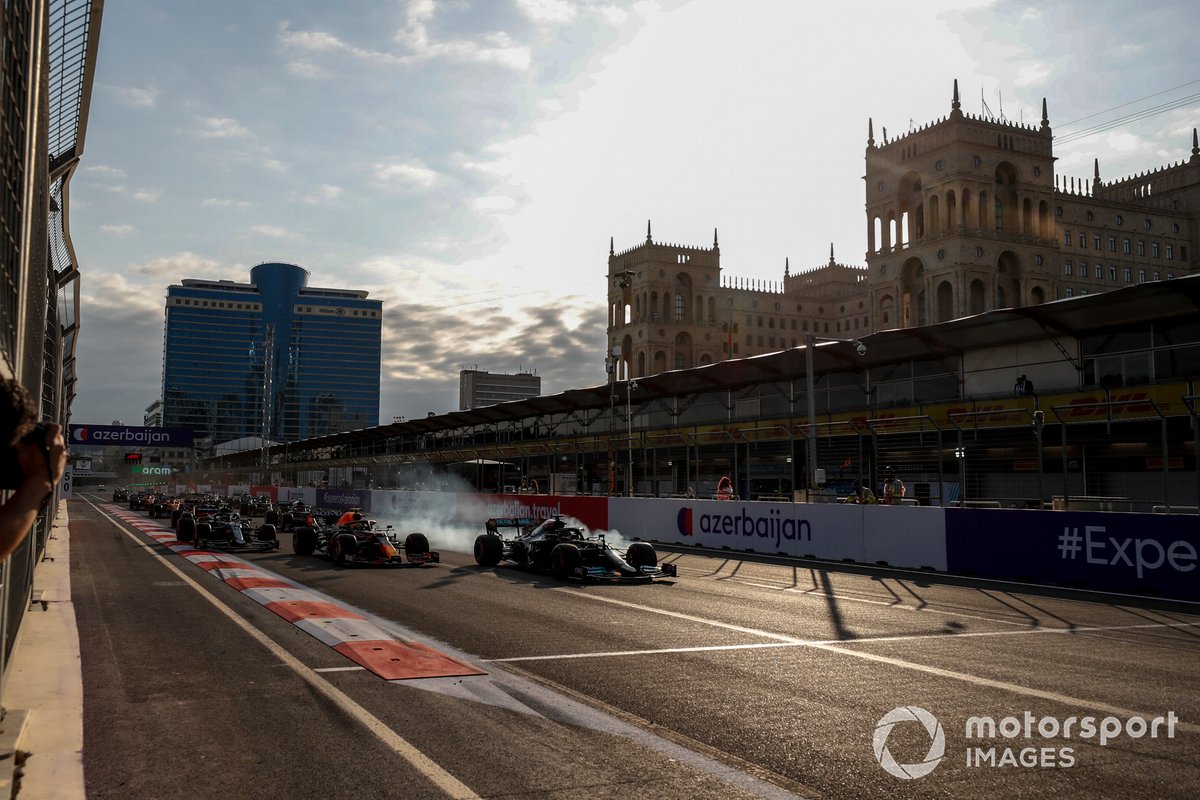 The magic button is usually disconnected for the race start when the brake balance returns to the ideal settings for race laps.

However, Hamilton suspects that he hit it somehow to reactive it as he formed up on the grid alongside Perez – triggering the lock up.

Asked to explain what happened he said: “I’m not entirely sure, but I hit some sort of switch that caused only the front brakes to work.

“There’s a button we have to help keep the front brakes up [to temperature] and, as Perez pulled over, I reacted and accidentally latched on the switch. It just locked up and I went straight on”

Toto Wolff said after the race that Hamilton had somehow accidentally triggered the magic button, and was unaware until he hit the brakes.

“We have the same procedure,” Wolff told Sky. “He touched a button and the brake balance changed. The brake balance went all the way forward and obviously the car didn’t stop. It was a finger problem.”

The change follows a common request from drivers and others to use gravel more often as a way of addressing track limits....

FIA to slow down Formula 1 pitstops from Hungarian GP

Citing safety concerns, motor racing’s governing body has addressed complaints that the stops of some outfits are faster than can be achieved...

Windows 11: The Best Windows Ever for Gaming