The Mercedes driver has endured a frosty reception from the largely Dutch crowd at the Hungaroring – with the fan’s boos drowning out his post-qualifying television interviews in the pitlane.

Hamilton says he is in no doubts that comments from Red Bull’s senior management after the British Grand Prix crash with Max Verstappen stirred things up – with the Briton having also been on the receiving end of racial abuse.

And, with Red Bull having had to dismiss a team member for racist remarks, he hopes the squad will step back and use the forthcoming break to ponder if it could have handled things better.

Speaking to F1 about the crowds booing, Hamilton said: “I mean it’s not a surprise to me, given the things that have been said from the heads of that team that have incited that.

“If I pass it to my friend or my father or my brother, we all feel that pain of what they meant by the words. 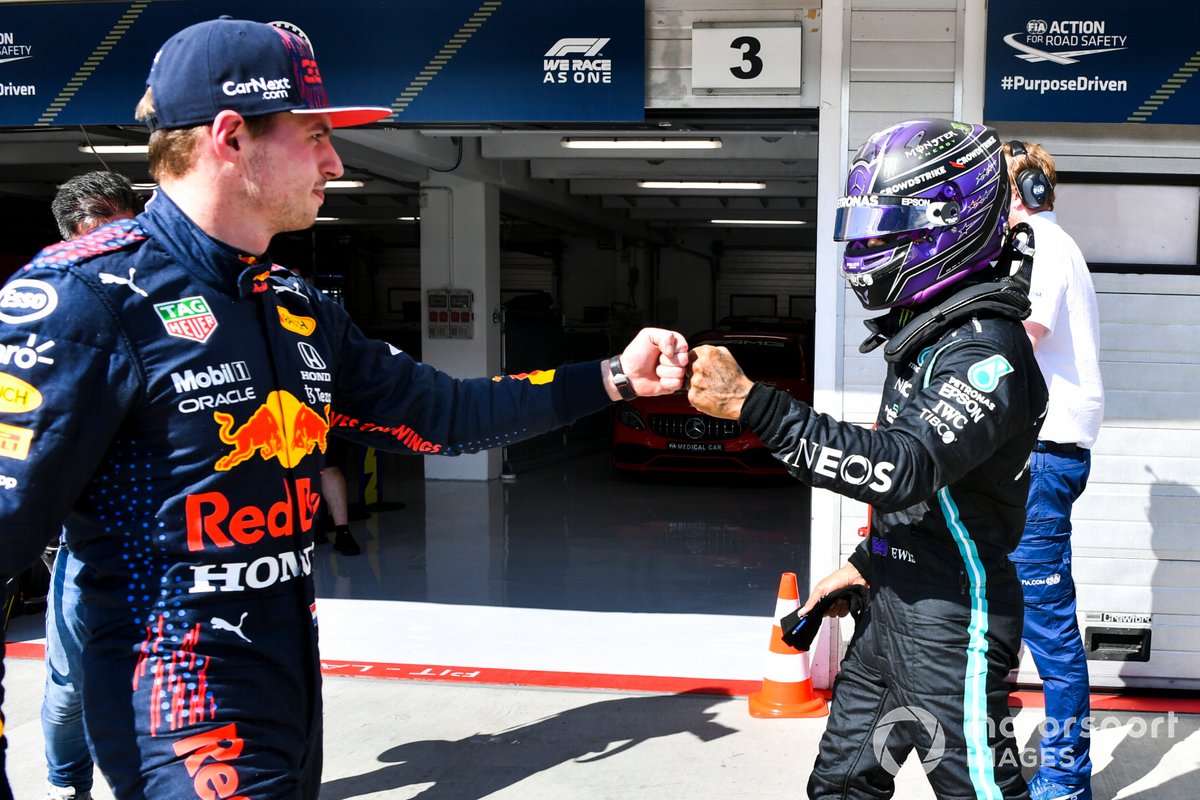 “But the world is changing, and we’ve got to continue to stay positive. I’m really proud of my team for staying so focused during this time because it’s been a whirlwind of emotions and things coming at us in all different directions.

“But we’ve kept our heads down and come here and delivered and I’m really, really proud of everybody.”

Mercedes has already been clear that it believes Red Bull’s aggressive remarks triggered the racist comments aimed at Hamilton, as it suggested the team had got too personal in its attacks after the British GP.

However, Red Bull team principal Christian Horner has said several times that it did not feel it did anything wrong – and that it would have lambasted any driver involved in a similar crash with Verstappen.

“It’s never been anything personal about a single driver,” Horner remarked at the Hungaroring. “It’s about the events that happened and a competition between two guys. It’s not individual to any driver. If that had been any other driver, the reaction would have been identical.”

But Hamilton believes that senior figures in F1 need to step up and act better to show a good example.

“We do have to be so careful with our words, particularly as there are young kids watching,” he said. “We are supposed to be shining the light and encouraging people out there, and spreading positivity.

“When you’ve got leaders of this industry, they need to be leaders. And they have people following them and kids following them, and as a sport, we’ve got a responsibility.

“So there should be some talks over the next weeks. But either way, it’s not got in my way.”

Globe Expected To Continue Cooling Into Next Year, Extending Cooling Streak To 7 Years – Watts Up With That?