Has Formula 1 ever increased a penalty after an appeal?

Has Formula 1 ever increased a penalty after an appeal?


The FIA announced on Tuesday that Red Bull have protested the penalty that Lewis Hamilton received at the Formula 1 British Grand Prix, believing it wasn’t harsh enough.

This isn’t the first time an F1 team has protested a penalty, but have the FIA ever changed a penalty after a protest, and have they ever increased the severity of one after an appeal? 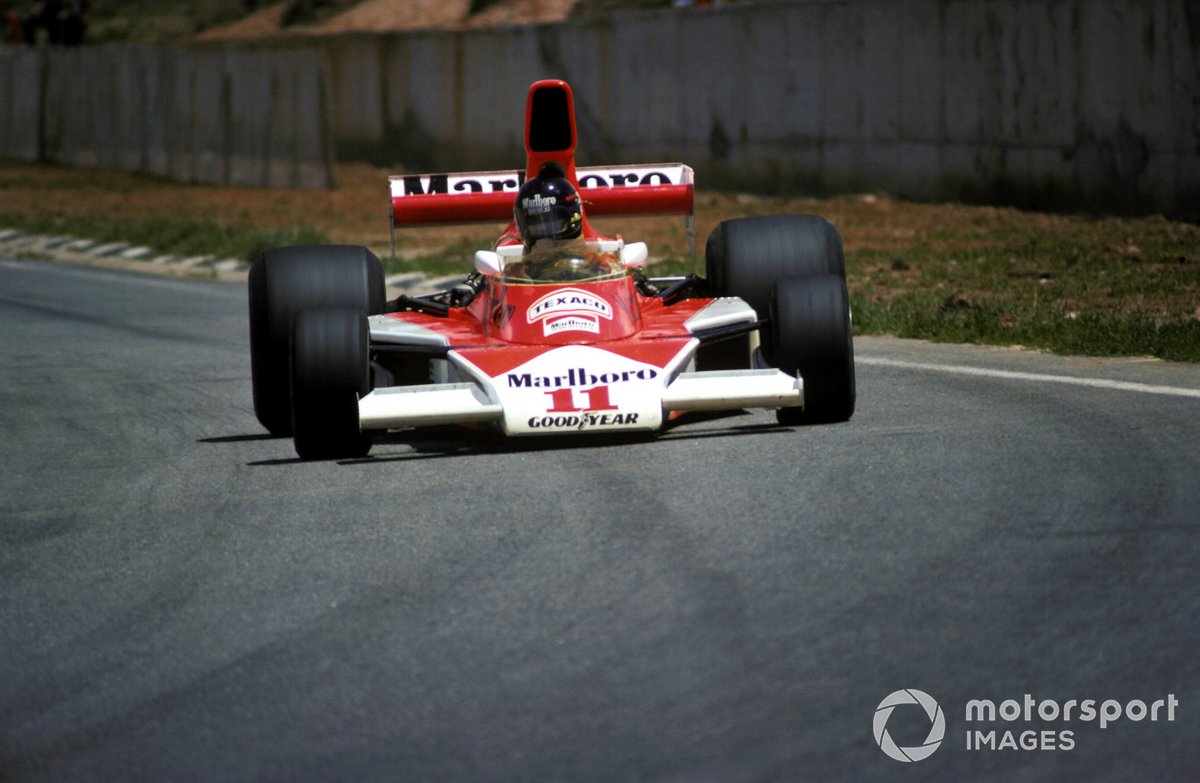 Has the FIA ever changed a penalty after an appeal?

There have been many appeals by teams in Formula 1, though they’re usually made by the teams the decision has gone against – not the team that wasn’t penalised.

One of the most famous appeals came during the 1976 F1 season, when James Hunt and Niki Lauda, of McLaren and Ferrari respectively, were fighting for the championship.

New rules governing a car’s width were brought in on 1 May, and narrowed the permitted width of the cars.

The race, hosted on 2 May, was won by Hunt, who crossed the line over 30 seconds in front of Ferrari’s Lauda. However, he was disqualified when post-race scrutineering found his car to be 1.5cm too wide. This handed Lauda the win.

McLaren, believing the difference that 1.5cm would have created was negligible and was due to wider rear tyres, appealed. Two months after the race the appeal was successful, and Hunt was reinstated as the winner of the Spanish Grand Prix.

The 1999 Malaysian Grand Prix featured another controversial penalty, this one against Ferrari.

Its two drivers, Michael Schumacher and Eddie Irvine, came home first and second with McLaren rival Mika Hakkinen in third, giving Irvine a four-point lead in the championship ahead of the final race.

That was until stewards found an infringement on the bargeboards of the two Ferraris, leading to a disqualification for both. 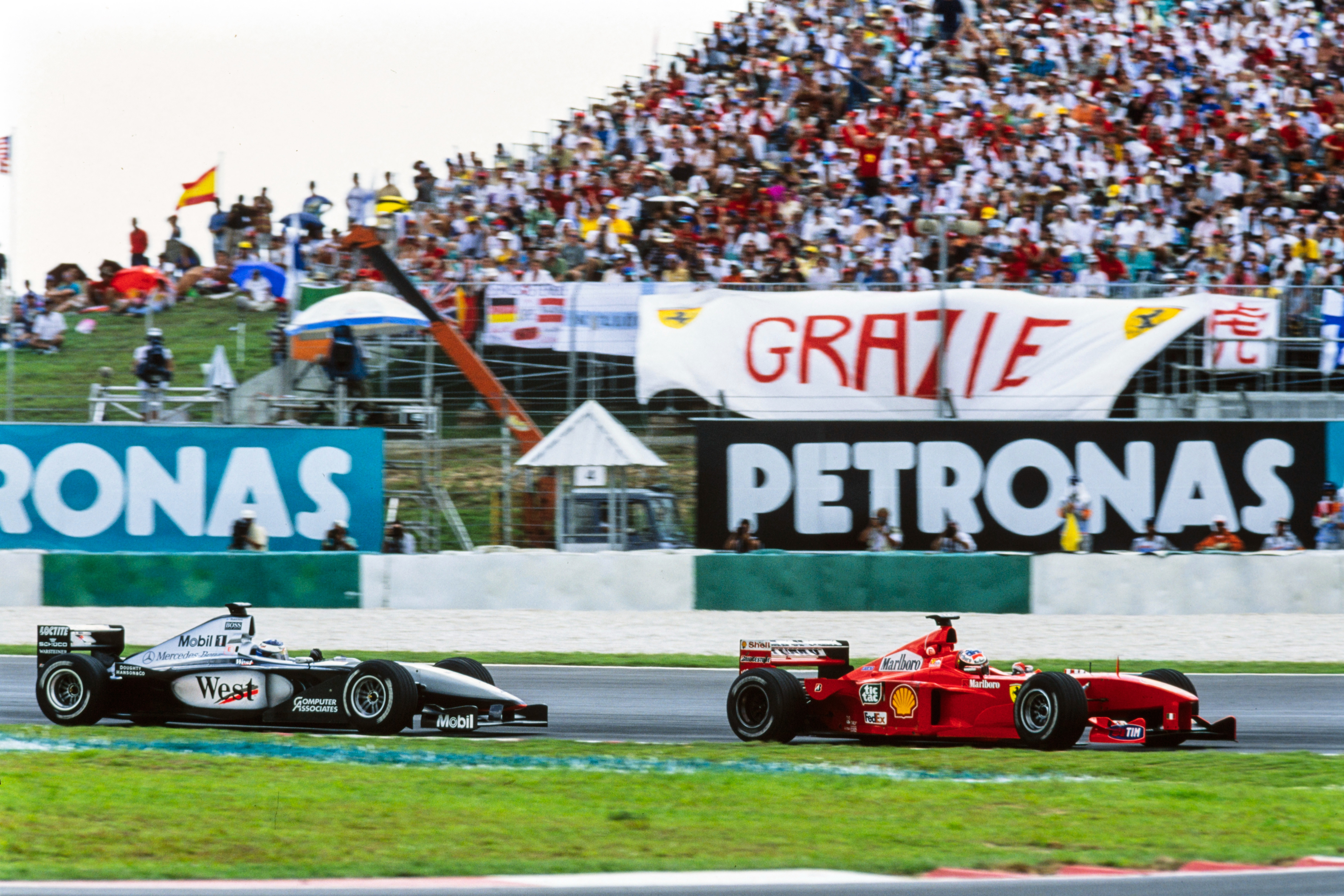 Ferrari appealed the decision and was successful: the disqualification was overturned, and it was back in first and second. Irvine would go on to lose the championship by two points to Hakkinen in the final race.

A more recent example comes from 2019, when Sebastian Vettel was penalised for rejoining in an unsafe manner during the Canadian Grand Prix.

Vettel was given a five-second penalty during the race, dropping him to second place behind Lewis Hamilton. Ferrari initially intended to appeal the decision, however it eventually decided against it.

The most recent example of a penalty being incurred following an appeal comes from 2020.

Five of the teams appealed the previously permitted Racing Point car, believing it to be too similar to the 2019 Mercedes W10. The appeal was successful for the protesting teams, and Racing Point was fined €400,000 and 15 championship points, but was allowed to keep the offending parts for the remainder of the season.

Feeling that the penalty wasn’t harsh enough, Ferrari announced that it would launch another appeal against the ruling, aiming to get even more penalties levied against Racing Point – though this was eventually dropped.

Racing Point also withdrew its appeal against the ruling, saying it did so “in the wider interests of the sport”.

While the Racing Point protest was by teams who felt a competitor had an illegal part, protests against in-race penalties are rare – and even rarer when they aren’t made by the team that was penalised.

Has the FIA ever made a penalty harsher?

One of the rare instances where a penalty was increased was against Eddie Irvine in Brazil 1994.

Irvine, driving for Jordan, and Jos Verstappen were coming up to lap Eric Bernhard when Irvine moved left, forcing Verstappen off the track.

The Dutchman lost control on the grass and spun back across the track, collecting Irvine and Bernhard, as well as Martin Brundle, just ahead of the trio. All four had to retire from the race.

Irvine received a fine of $10,000 and a one-race suspension. Jordan appealed, but the penalty was actually increased to a three-race ban.

While the penalty in this instance was increased, it came from the penalised team appealing – not a different (but still involved) team trying to increase the severity of the punishment.