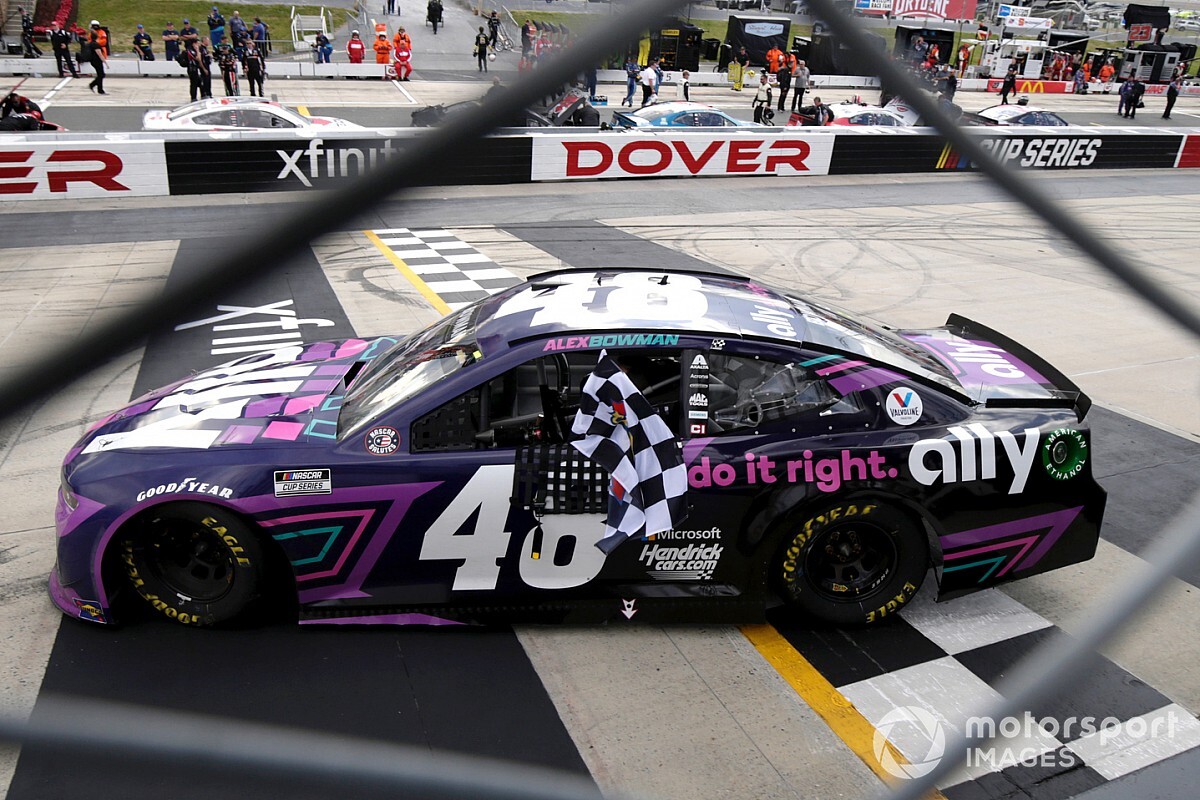 With 268 wins, Petty Enterprises has long stood as the winningest team in NASCAR Cup Series history.

However, with Alex Bowman’s victory at Dover this past weekend, Hendrick Motorsports now sits at 267. The team also scored its first-ever 1-2-3-4 finish Sunday.

“The feeling is unbelievable,” team owner Rick Hendrick said of the Dover result. “It was probably the longest last hundred laps that I’ve ever seen in a race just because I kind of wanted to see it so bad, so close. To be able to pull that off, that’s kind of one of those things in racing that you would say was on your bucket list.”

Now another milestone awaits the reigning NASCAR Cup Series champions as the team is just one more checkered flag away from tying Petty Enterprises on the all-time wins list.

While the majority of Petty Enterprises’ victories were delivered by NASCAR Hall of Famers Richard and Lee Petty, HMS has notably done it with a many different names.

From Geoffrey Bodine in 1984 to Kyle Larson in 2021, 20 different drivers have reached Victory Lane for Hendrick Motorsports.

“Well, Richard (Petty) is a good friend,” said Rick Hendrick about potentially surpassing Petty’s record this year. “He’s the King of this sport. But any time there’s a record out there, you have an opportunity to break it or tie it. I think a few years back, I thought it would be impossible. If you told me in 19, what, 84 that you’re going to be here for this long or that you had an opportunity to win all these races and championships. I kind of pinch myself because it’s just really hard to do. The sport is so competitive right now.”

But as the team racked up the race wins and over a dozen championships, Mr. Hendrick tried not to think about the once untouchable record Petty Enterprises lays claim to.

“One time I thought I’m not going to live long enough to do this (smiling),” he joked. “It was around 250. Then last year we clicked ’em off. Actually I really tried not to think about it until this year. This year when everybody started talking about it, then I thought, Man, this is in reach.

“I’m really proud of the organization. But I’ll say this about Richard: nobody in this sport has ever given as much as he has. To see him on pit road, see him signing every autograph. I’ve got one of his autographs when I couldn’t get in the garage area through the fence at Martinsville. I know what that feels like. He’s a tremendous ambassador for this sport.”

But Hendrick admits that few records can withstand the test of time, stating: “If I get the record, somebody will break it behind me.”

HMS has won four of the first 13 races this season, with three of their four drivers having locked themselves into the playoffs. Defending series champion Chase Elliott is the only one yet to do so.

It seems like only a matter of time until the Petty win record is broken and a new team name appears at the top of the history books.

Mansell reveals all on his greatest F1 overtake

The around-the-outside manoeuvre at Peraltada, one of F1’s most fearsome bends, showed bravery of the highest degree from Mansell, and incredible trust...

On Thursday ahead of this weekend’s Dutch Grand Prix the VR46 team announced a tie-up with Ducati for the next three seasons,...

Best Stretches to Do After a Run, According to a Physical Therapist