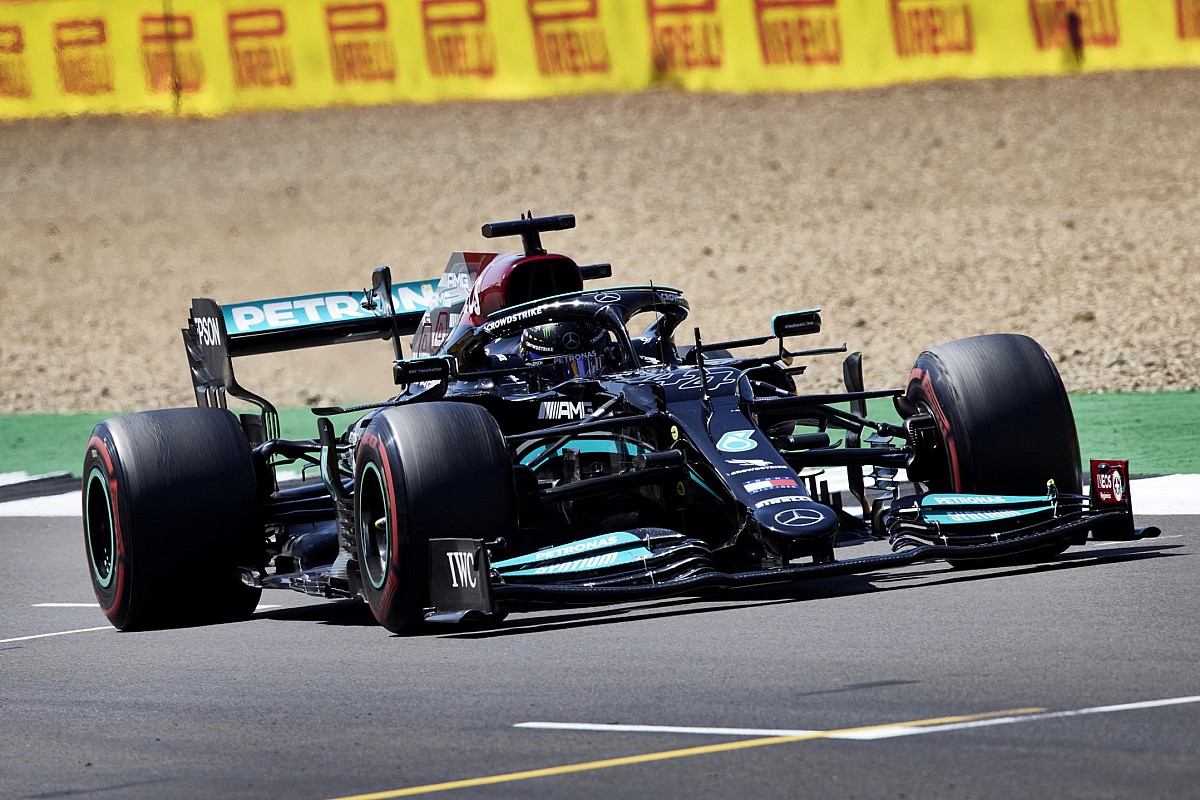 Hamilton and Verstappen were battling for the lead throughout the opening half a lap at Silverstone, before the world champion got a run up the inside of his rival on the high speed run to Copse.

Verstappen stood his ground on the outside, however, and as he turned through the right-hander, he was tagged by Hamilton’s front left wheel.

The Dutchman was pitched into a spin, with his right rear wheel popping off, and he plunged into the crash barriers on the outside, making a 51g impact.

The incident was put under investigation by the race stewards, with Horner urging F1 race director Michael Masi to throw the book at Hamilton.

Speaking on team radio, he told Masi: “That corner, he was never anywhere near alongside.

“Every driver who has driven this circuit knows that you don’t stick a wheel up in the inside at Copse. That is an enormous accident.

“It was 100 percent Max’s corner. So, you know, as far as I’m concerned, full blame lays on Hamilton who should never have been in that position.

“You could have had a massive accident. Thank God he’s walked away unscathed. So, I hope you’re going to deal with it appropriately.”

Hamilton has since been given a 10-second time penalty for the incident.

Speaking later to Channel 4, Horner said that such a move at a corner like Copse was never on.

“I think it was a desperate move,” said Horner.

“He failed to make the move in the first part of the lap, which he was obviously geared to do, and then it was just a desperate move sticking a wheel up the inside which you just don’t do.

“You boys know as well as anyone, Copse is one of the fastest corners in the world. You don’t stick a wheel up the inside. That’s just dirty driving.”

Horner said it was fortunate that Verstappen was not injured in the incident, with the Dutchman being taken to the medical centre for checks.

“He was massively winded. He’s gone to the medical centre for a checkout, but you know that’s a hell of relief to see him get out because that corner is one of the fastest on the calendar. It was completely out of order to stick a wheel up the inside there.”

Here4dBesthttp://here4dbest.com
Previous articleExperts say consent and disclosure are key to the ethical use of synthetic media, amid controversy surrounding Bourdain's deepfake voice in a new documentary (Helen Rosner/New Yorker)
Next articleVerstappen taken to hospital after F1 British GP crash