UEFA Euro 2020 – postponed by one year due to the pandemic – has dominated both the back and front pages lately, and even led to numerous football questions being put to the F1 drivers in recent press conferences.

England’s success over Germany last night gave fans the chance to believe that, after over 50 years of hurt, maybe – just maybe – football could be coming home.

Sport has the unique ability to unite and inspire. For the majority of the 40,000 fans inside Wembley last night and millions of people across the country, England’s success has provided the kind of joy that has been largely absent since the pandemic started, making it all the sweeter.

F1 fans will enjoy similar emotions in the near future. This weekend’s Austrian Grand Prix will feature the largest crowd since the pandemic began thanks to a change in government guidelines, with over 90,000 spectators expected on race day.

It will also mark a return of the orange-clad grandstands as Dutch fans are permitted to travel, uniting behind championship leader Max Verstappen and heal some wounds from a shock last-16 exit for the Netherlands in Euro 2020.

Silverstone will be a similar story after the British Grand Prix was included in the UK government’s Event Research Programme. The majority of the 140,000 fans expected on race day will likely be backing Lewis Hamilton, hoping he can fight back and get his challenge for an eighth title back on-track, taking inspiration from his compatriots’ efforts on the football pitch.

That is something Toto Wolff wants to do for the entire Mercedes team. A native of Vienna, the Mercedes F1 team boss watched Austria’s last-16 game against Italy alongside F1 CEO and president Stefano Domenicali. 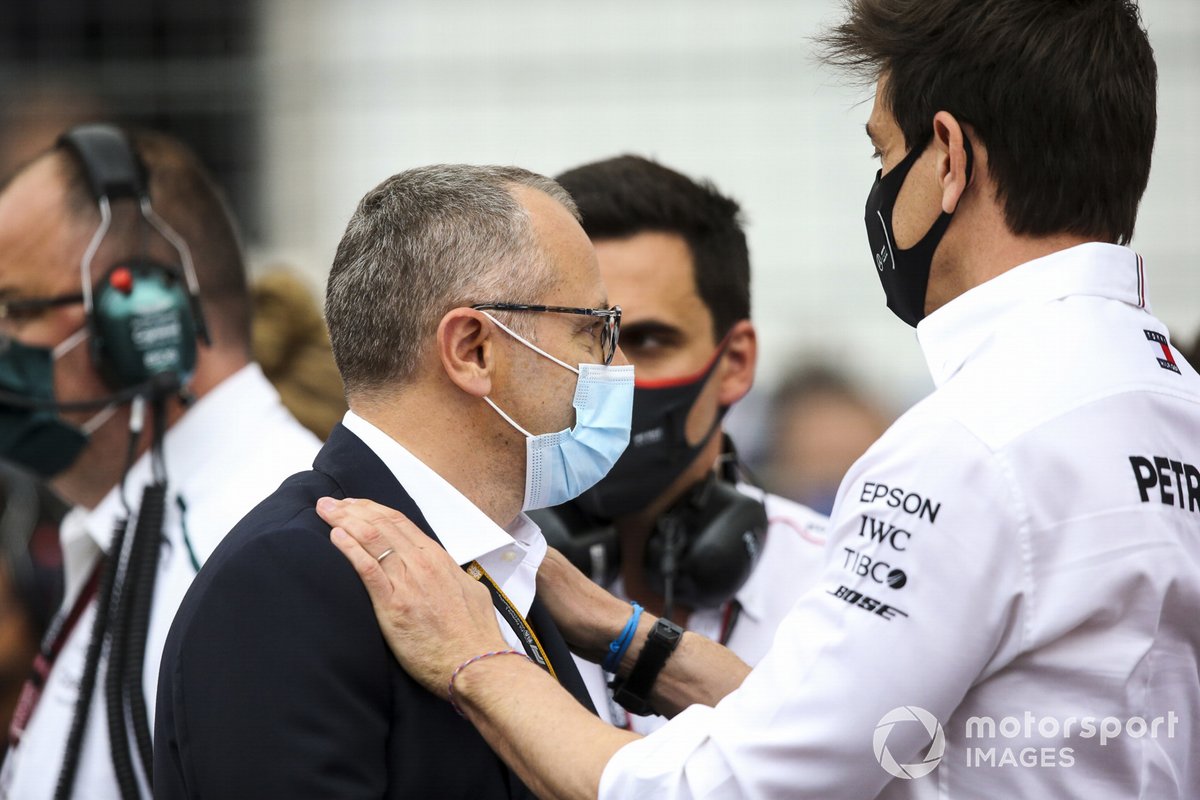 The match proved to be a thriller. Austria had a goal ruled out for offside as it chased an upset, only for Italy to then score twice in extra time to lead 2-0. Austria pulled one back to set up a nervy final five minutes, but the game ended 2-1.

“Stefano got quite nervous,” Wolff recalled. “Because the fighting spirit that this team showed, to stand up to probably the best European teams for 90 minutes and even score a goal, that was one thing.

“But the incredible performance for me is the heart they showed after being 2-0 down. They never gave up. The mentality was always there: ‘We can still equalise. We can still go to penalties’.”

That refusal to give up and back down is exactly what Wolff wants to instil in his Mercedes team as it stares down the barrel of its toughest challenge in F1 since the start of the V6 hybrid era. Four straight wins for Red Bull has caused the points gap to swell at the top of both championships, while Mercedes seemed out of answers in its defeat last Sunday in Austria. Even as Wolff discussed the plan to halt development and the possible implications that could have on the title fight this year, he made clear the title race was not over.

PLUS: How the Rumble in the Jungle can inspire Mercedes to beat Red Bull

“If you have a lot of heart and are a fighter, you can work your way back out even after a weekend like we had,” Wolff said after the race.

“That’s what we’re going to do, although it feels a bit like that right now for the Austrian football team on Saturday night. We did everything, we fought – but we lost.”

Taking inspiration from other sports is nothing new for Wolff. He is an avid rugby fan, once joking that he “had a great international rugby career in the Austrian junior national team – but there were only 15 people playing, so they let me in!” He has also previously invited the sports psychologist for the New Zealand rugby squad, Ceri Evans, to visit the Mercedes team, and takes a lot of inspiration from the construction of the legacy of the All Blacks team and the value of wearing the team shirt. 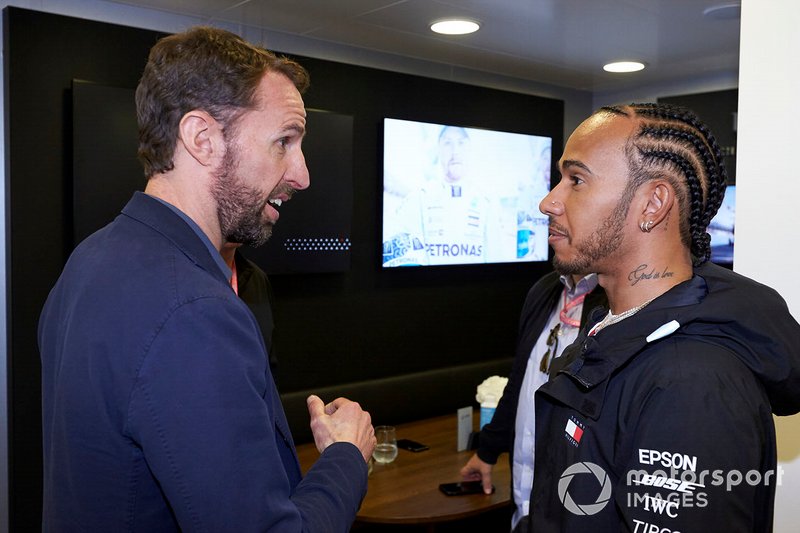 But there have also been crossovers with England manager Gareth Southgate in recent years. Southgate has established himself as a phenomenal man-manager – much like Wolff – helping harness the talent of the England squad in a way so many of his predecessors failed to. It is little wonder the two have found plenty to talk about and share in their approaches to management.

Southgate visited Mercedes’ HQ back in 2019 – the summer after England’s run to the FIFA World Cup semi-finals – and filmed a segment with Wolff for Channel 4. Southgate was given a full tour of the factory, and even tried out a wheel gun for a practice pitstop. He spoke ahead of the Euros about the inspiration the visit offered him on Jake Humphrey’s High Performance Podcast.

“I had a couple of days at Mercedes, and what fascinated me was that their attention to detail in every area was the best I’ve seen and the best environment I had been to,” Southgate said.

“You’ve got to have an understanding of everybody’s role, of everybody’s world, and a pretty good level of what excellence looks like in every area. But I can’t possibly know what all of my staff in every department do. They’re the experts, I’ve got to give them the space to do their job to the best possible level. If everybody does that, then the accumulation of all those things give us the best chance of winning.

“I loved the fact that when you walked into the office, there’s an F1 car in the middle of the office, which is quite a bold statement in itself. It was a reminder that we’re all working to put this car on the road and create this team. That’s how it has to be for our staff – that every piece is important.”

Now up against the toughest challenge this generation of the Mercedes team has faced, it is that kind of unity and strong team spirit Wolff is looking to tap into. It may not have the fastest car right now, but Mercedes is not letting the tough period be destabilising. The core values in place are too strong to let that happen.

Whether it be from Austria’s gallant fightback against Italy or England’s defeat of Germany at Wembley, Euro 2020 can offer some solid inspiration to Mercedes as it looks to turn the tide against Red Bull and begin its fightback.

And judging by Southgate’s comments, if this England team can go all the way and lift a first major trophy since 1966, Mercedes’ success in F1 will have played a small part in helping inform and inspire his own management approach. 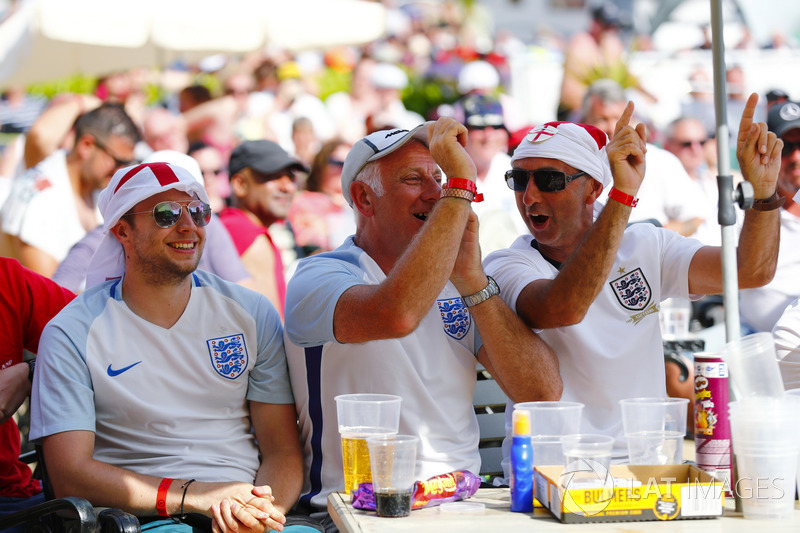 The Alpine driver qualified ninth - one place and 0.06s behind team-mate Esteban Ocon - in Budapest after enduring what he reckoned...