The seven-time champion is clear that he wants its findings, as well as its recommendations, to be taken on board at all levels to better improve the representation of black people in the motorsport industry.

But the current situation, which includes the fact that only one percent of all employees in F1 are black, even only hit home to Hamilton just 18 months ago when he was celebrating his sixth title.

At the end of 2019, Hamilton was glancing through end-of-season team photos and was amazed at how few black people there were pictured working in the pitlane.

Having been a trail blazer in becoming F1’s first black driver, he could not quite believe that his presence had not opened the floodgates for others to follow him in to the sport.

“Being the first F1 driver of colour, but growing up in motorsport, I often looked around me and wondered why I was one of the very few people of colour,” he said.

“And it’s not just about drivers, I would say it’s more about the great job opportunities there are in it, from mechanics to engineers, marketing and accounting.

“Over the years, as I grew more successful, I thought that me being there and being successful and at the front would open more doors to black talent. 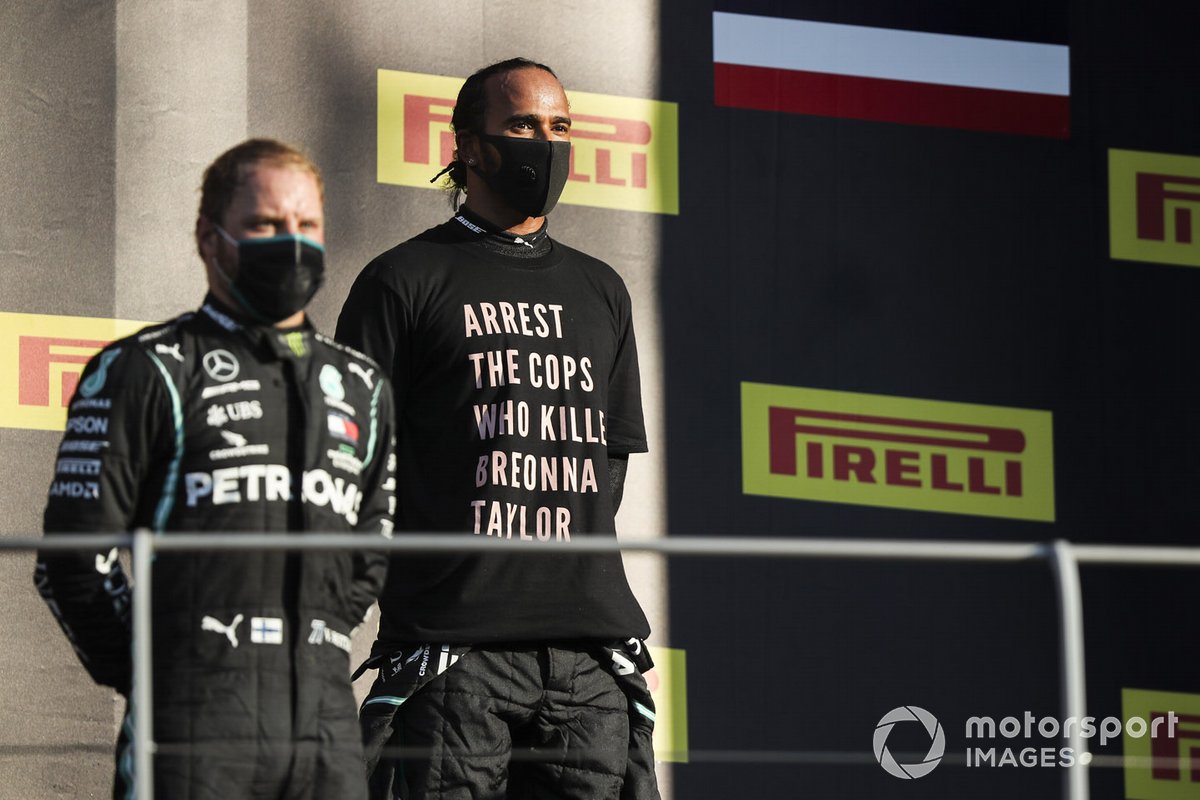 “But, at the end of 2019, I remember after Abu Dhabi, I was looking at the team photos and it was a real stark reminder as I zoomed in on those pictures, how little progress had been made into making the sport more inclusive. So, that is when I knew that I needed to do more, and where the idea of the Hamilton Commission came from.”

The Hamilton Commission report has been 10 months in the making and has called on a wide range of experts from motorsport, education and industry. It will now be made available to all motorsport teams, as well as stakeholders at all levels including F1, to try to effect change.

F1 CEO Stefano Domenicali has already hinted at his organisation taking more action imminently, and Hamilton himself is set to carry the messages forward with his Hamilton Foundation and a joint initiative with the Mercedes F1 team.

“There’s a lot more to come later in the month, but this really is just the beginning,” he said. “And I want to say I couldn’t be more excited.

“The time to change is now. And I guess the thing that I’ll be most proud of at the end of my career, or even obviously beyond, would be to look back at the UK motorsport industry, in five, ten or 15 years from now, and see it as more representative of our society.”

Speaking to Hamilton, you sense that the work of the Hamilton Commission has been as much of an eye-opening experience for him in understanding where the industry has been going wrong as it is for companies directly involved.

“Particularly since I joined Mercedes, I remember I was always asking this question to the team: why doesn’t the team have a lot of diversity? 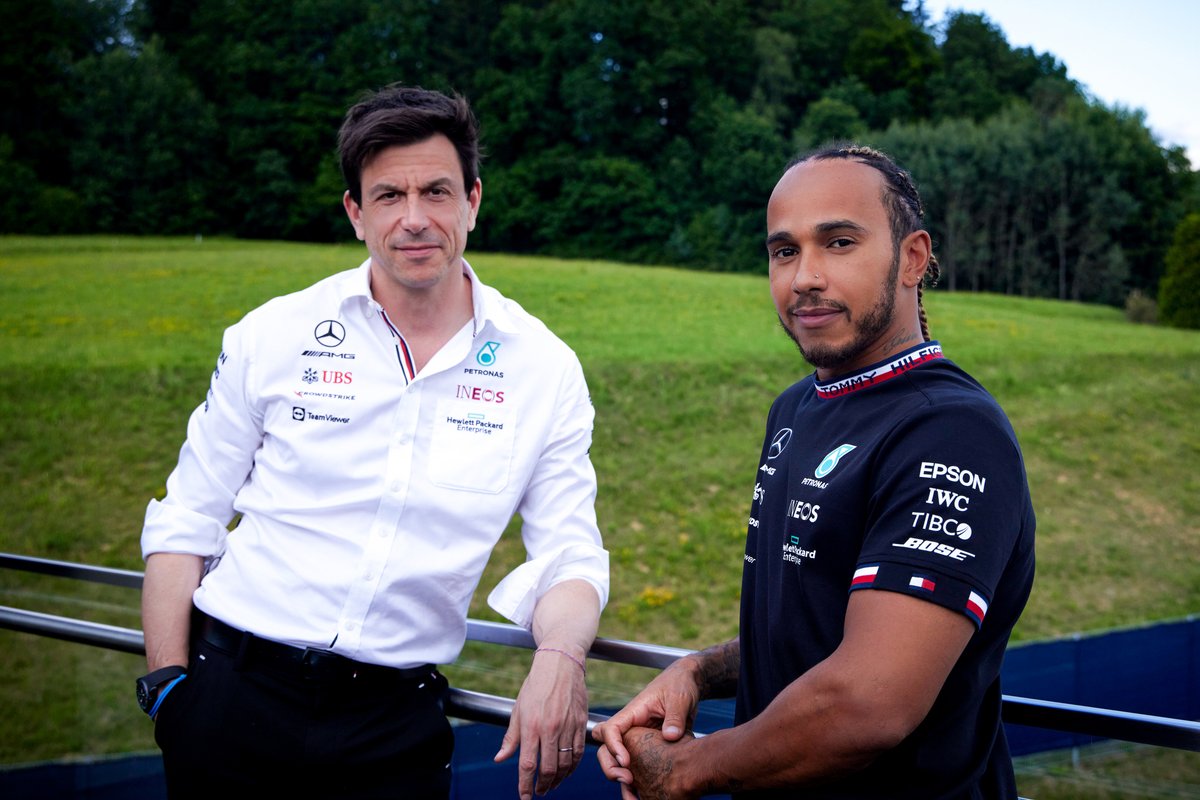 “And I remember there just not being a substantial answer. It just didn’t sit right. And of course the answer was there’s just not enough people trying to get into engineering. But I think the reason that we went ahead with this was we’re trying to find out what those barriers [to entry] are.

“So that’s where it really starts. Learning, and getting that understanding, then we can fix the problem.

“I think you saw last year when F1 and all of us, there were a lot of people speaking out: end racism, for example, that F1 did. And you heard for example of Jean Todt and Chase [Carey] saying they’re going to put a million towards diversity and inclusion.

“But if you don’t know what the issue is, you can’t fix it. So it was an amazing journey to go on and it’s been a learning process for us all.”

There is no illusion that this is a problem that can be fixed overnight though. Encouraging more black students towards STEM subjects, and for them to achieve the best marks, is very much a long term project that encompasses the wider education system.

Equally, changing some attitudes within motorsport itself will not be the work of the moment – especially when it comes to driving out racism. For the Commission findings exposed some far from nice elements.

As Rhys Morgan, director at the Royal Academy of Engineering, said: “The experiences of the engineers we talk to, and students we talked to doing engineering, just really brought it to life some of their kind of lived experiences within motorsport engineering.

“There were micro-aggressions, and just outright racism, racist comments that they would just kind of live with and which was kind of waved away as banter, but were quite horrible racist comments.”

Hamilton says this week’s racist abuse directed at English footballers after their defeat in the Euro 2020 final has highlighted how far attitudes need to change still.

“We see after yesterday, just the racial abuse online of the football players which was devastating to see. It shows that we still as a nation have a long, long way to go.

“In my personal opinion that stems from education. Growing up in a system where you don’t learn about where you come from. 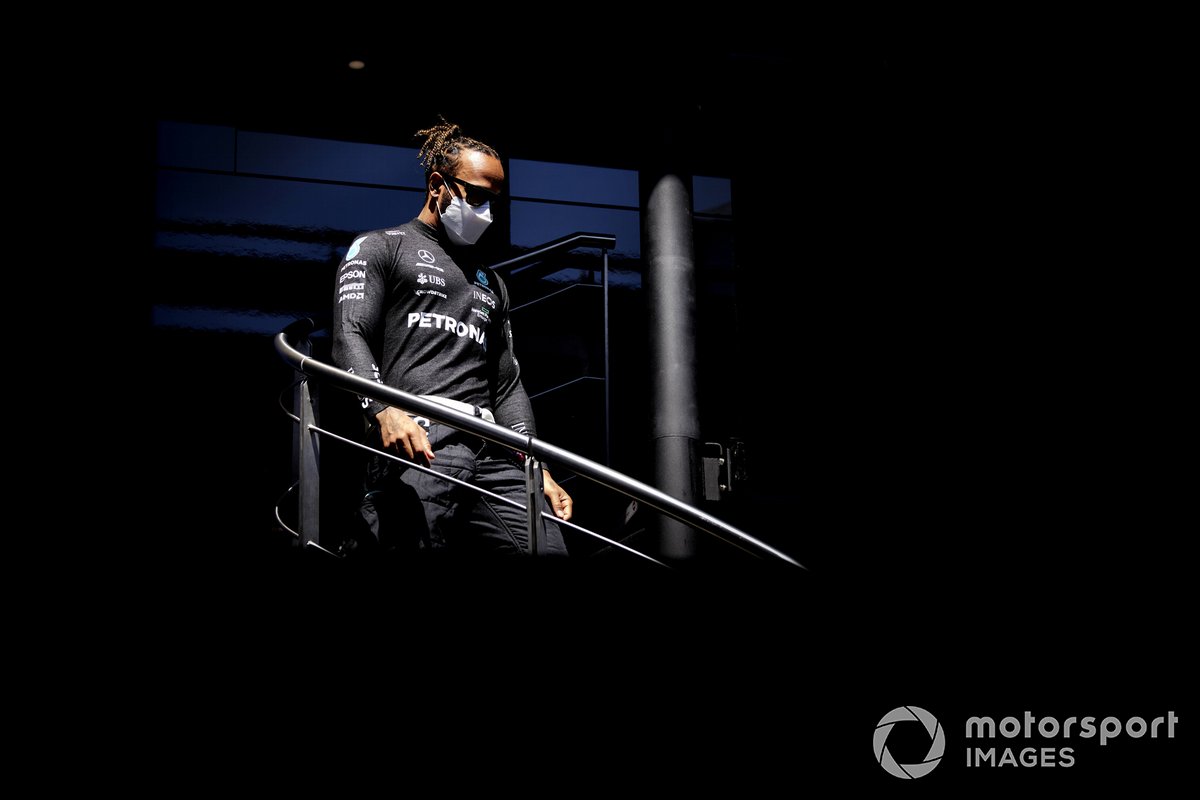 “So I think it’s an educational thing and something that needs to shift within the curriculum. And I’m really proud of people today speaking up, being more outspoken. We also need more support from social media platforms, they definitely need to do more.

“We already had that [social media] blackout early on in the year, but it’s not enough, you know. We need to stop the abuse that happens online. Definitely this commission highlights one of the areas that we can improve. And I hope that it starts a ripple effect of more change moving forwards.”

Hamilton is very fired up by the work of the Commission, and sees an opportunity to effect change on the industry that has given him so much.

And, for a man who will likely end his F1 career as a record breaker on all fronts, he concedes that it is his work on improving diversity that will ultimately matter as much for him in decades to come as it will looking at his trophies.

“For years I got asked, what do you want your legacy to be?” he said. “I remember just not really having perhaps given it much thought.

“I think when I was younger it was to be an F1 driver, be the best I could, be regarded as one of the best F1 drivers. But over time I’ve had the success and it’s always generally short lived the joy that that success brings.

“The universe works in mysterious ways and, at the end of 2019, I came up with this Commission idea. We had started working on it, and then the whole thing happened with George [Floyd], and that whole movement, and it just happened to coincide with what we were already starting to do. So, I really felt that I discovered my purpose.

“For me, now in my life, I would like to be remembered for much, much more than just winning championships, which of course is an amazing thing on its own, and for actually helping people and helping change the industry and the viewpoints.

“We’re all the same. We all believe the same, and there’s just no reason why it [F1] shouldn’t be as diverse as the world around us.

“So, if I’m able to somehow shift things, and all it takes is a small shift of the needle [direction], and over a long distance that can be a whole continent size. It could be huge. So that’s what I’m working towards.” 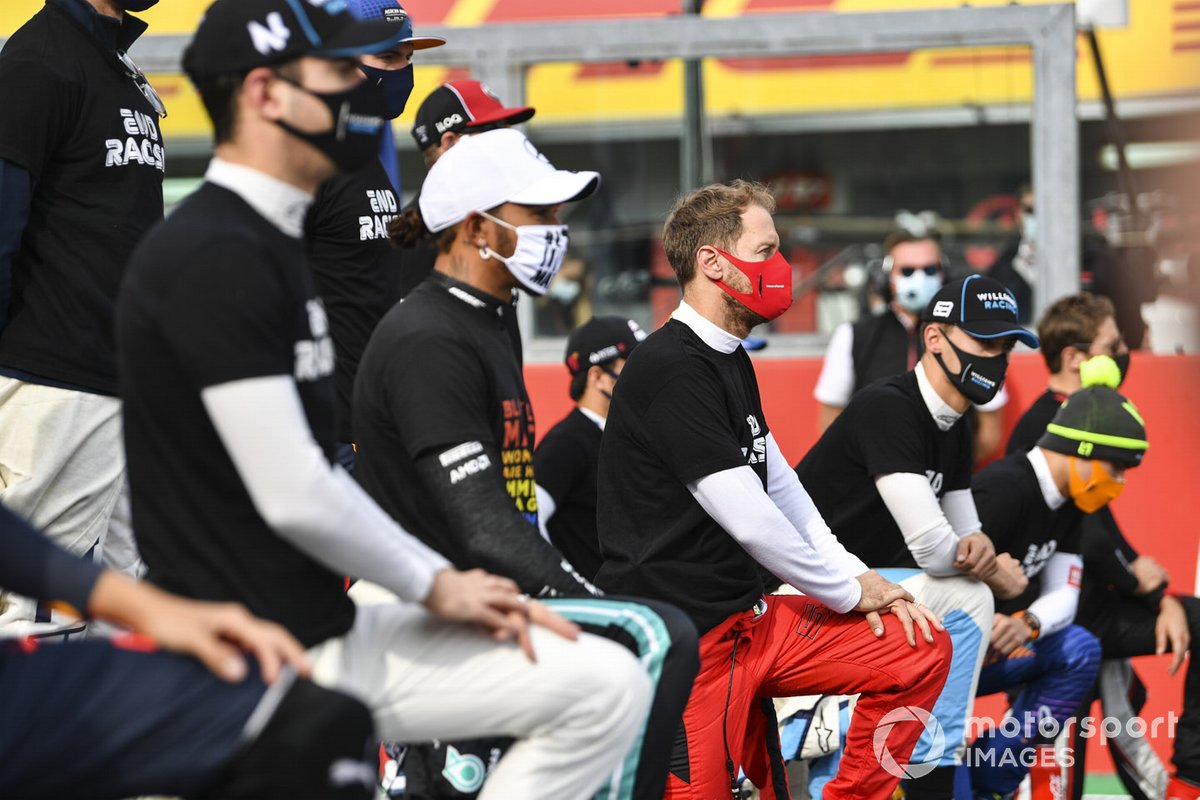 Lewis Hamilton, Mercedes-AMG F1, Sebastian Vettel, Ferrari, George Russell, Williams Racing, and the other drivers stand and kneel in support of the End Racism campaign prior to the start

Solaris Is the World’s Most Expensive Custom Yacht