NHC still giving low chances of possible development in the Caribbean over the next five days but still zero chances for the next two days. So if you wonder why you don’t see anything there… that’s why …there is nothing there currently. This is based on longer range modeling showing something could develop. Note whatever forms in the Caribbean is expected to end up in the Gulf of Mexico. One model shows a piece of the energy going North and another piece going towards Florida. Why? Because the atmosphere is not perfect yet for real development and it’s chaotic and it could grab one piece of energy and then another. If things change we could get a consolidation of energy that could bring us a named storm. But for now the chance is there but the odds are low.

I’m not totally sold on this scenario though it’s totally plausible that something comes out of the general Gyre that is down in the Caribbean often this time of year.  But the Atlantic is also currently very chaotic.

When I say “chaotic” I’m talking about all the multiple lows and swirls in the Atlantic churning away like some kid’s game from back when. Your turn one gear and everything suddenly moves but not in any normal way but a chaotic way.  That Upper Level Low off the East Coast is intensifying, wrapping up and winding the atmosphere in all directions.  Until this calms down a bit…. it’s going to stay long range. A reminder that Hurricane Season is here and something can and will eventually pop up down there.

Basically we are “monitoring it” and that’s why there is a yellow circle. 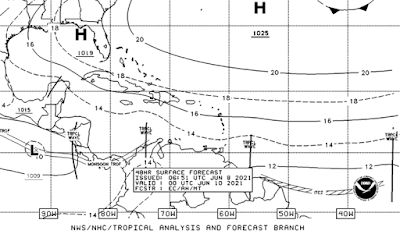 At some point one of these can connect…..

…and something could develop. 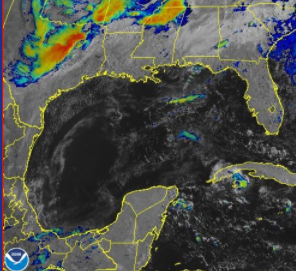 The large High shown above is giving us dry air here.

In THIS image when you see consistent convection…

…and a friendlier environment.

Then we have something to talk about.

Unless the set up is obvious not hazy maybe.

Have a great Tuesday.

I’ll be updating every day.

Again get a plan now….

…better now than when you can see the hurricane here!

Models are gentle reminders we are in it!

So get your hurricane prep down now!

Nice song on the coast of Carolina.

Models hint a Low forms there too….

… you know they go out to sea.

My issue with this system is this.....you cannot look simply at the Cone.Weather is far from the center and NHC has said that.The...