Hurricane Harbor: Invest 96L – The Yellow Cat Circle Came Back……..Now Orange 50/50. Is the N Atlantic the New MDR? Could This Be Adria??

Hurricane Harbor: Invest 96L – The Yellow Cat Circle Came Back……..Now Orange 50/50. Is the N Atlantic the New MDR? Could This Be Adria?? 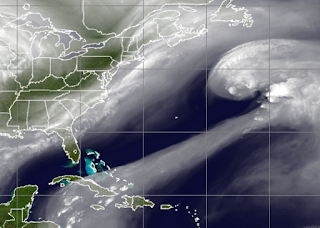 This is the Water Vapor Image Currently.

You can see the nice round shape…

…of what is back again. 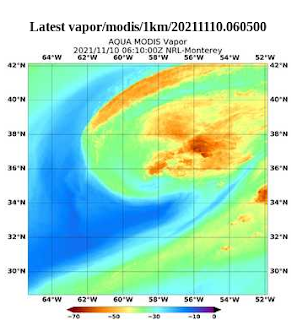 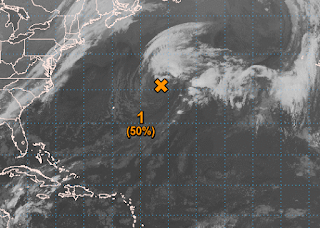 And the always wonderful Mimic! 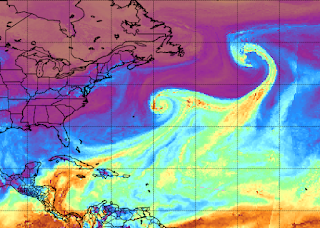 Wow things know how to twist in the N ATL!

The prognosis for this new Invest is generally out to sea, though some models indicate it could be a slow, loopy journey but cold fronts are all the rage these days and as you can see by the angle in all the satellite loops of motion from 8 PM to 2 PM we seem to be safe. There is a bit of convection down in the Caribbean but you can watch that in real time with the link below. Note how the cold, blue, dry air is pushing the convection down, down and off a bit to the West.

I never say never when it comes to the Hurricane Season even though it’s nearing the end of the road for the official season that ends on November 30th which is a Tuesday this year! But tropics can often throw us odd oddballs, screwballs whatever they call them in baseball. But generally we are talking academically about the tropics and people are less interested in North Atlantic storms out at sea than they are EPAC storms. So not going long here.

Name would be ADRIA!

Know the NHC likes it again.

It has the potential and it could get a name.

…things are winding down and fading away in the tropics.

When storm chasers wish for winter storms not hurricanes, you pretty much know we are in that transitional time of year.

Have a great day and I’ll update if anything happens sooner rather than later.