Hurricane Harbor: TS Larry in a RUSH to Be Hurricane Larry

Hurricane Harbor: TS Larry in a RUSH to Be Hurricane Larry 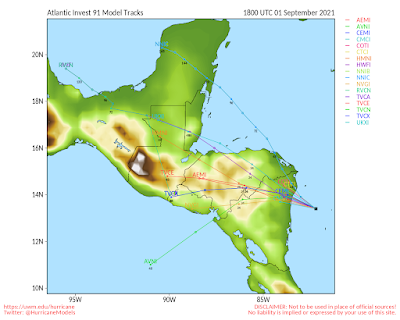 Everyone wants to know about Invest 91L

Intensity models are across the board.

From TD to Hurricane.

Wait until it does and has a real center. 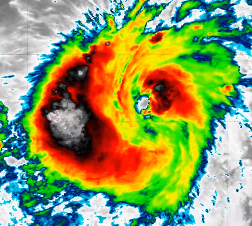 As for TS Larry not sure why they didn’t upgrade.

It has an eye like feature on satellite imagery.

It  obviously intensified faster than forecast.

It’s also taking the Southern edge of the Cone….

Again this is far away models change.

…so they should upgrade in the next 12 hours.

And closer in my brother in Miami adopted a dog.

From the Humane Society.

A hurricane rescue dog of sorts… a chocolate lab! 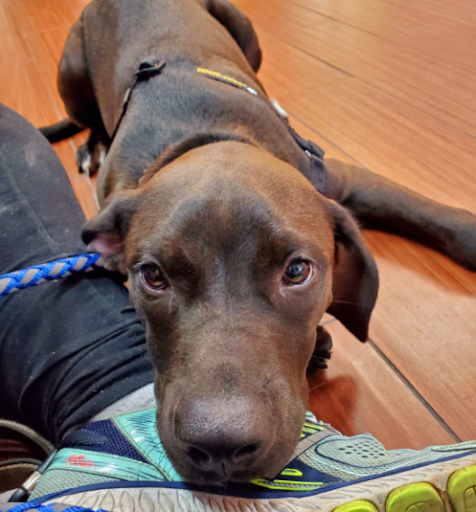 A bit of a back story here. My brother’s basset hound passed away a month or so ago suddenly. It was a shock and he was obviously very saddened. When volunteering to show some love to some of the 50 dogs they had at his local Humane Society from New Orleans he and his wife fell in love with this cute pooch who is 4 months old. My brother and sister-in-law got engaged in New Orleans about five years ago and they love Nola and somehow this seems perfect for them. He’s smiling in other pictures but they were  more private and didn’t ask permission to use them but this is golden. A chocolate lab now living in Miami adopted after being evacuated from New Orleans. A nice story about a horrible tragedy that somehow turned out well.

Please give to whichever charity you choose or just the REDCROSS www.redcross.org and if you are looking for a new puppy the Humane Society has many that were relocated from Louisiana and Mississippi so look into it!

As for Larry and Invest 91L its too soon to know the exact ending to those stories but take Ida’s track of tragedy and use it as inspiration of sorts to get your plans in action. We will have many more Major Hurricanes before this season is over and I can’t promise you they will all be Fish Storms.

Here4dBesthttp://here4dbest.com
Previous articleBerlin Brands Group, now valued at $1B+, raises $700M to buy and scale merchants that sell on marketplaces like Amazon – TechCrunch
Next articleGlobal Warming Tipping Points Caused the Paleocene–Eocene Thermal Maximum – Watts Up With That?

Thanksgiving Week! Hurricane Season Over… If You Were NOT Impacted This Year… Be Thankful! Why is Chanukah SOOO Early This Year??

This is an excellent collage from Twitter.Larry, Sam, Ida, Grace stand out from the pack......lots of oddly shaped, short lived storms.Yet, the multiple...

‘Electric Vehicles Won’t Save Us — We Need to Get Rid of Cars Completely’ – Watts Up With That?

Forget the “New Normal.” There’s No Normal in Marketing.