I Get The Message and the Symptom Disappears!

I Get The Message and the Symptom Disappears!

In a recent video, I talked about the messaging system that exists between the body and the mind. My body communicates physical, emotional, and spiritual information that I need to know in order to be the healthiest, happiest person I can be.

WHY does the body do this? Because the body is the densest part of the soul – not separate from the soul, not something to be transcended or a set of limitations to be escaped – but, actually part of the soul, or, the embodiment of the soul. And therefore, a repository of wisdom far beyond our imagining.

This is really useful if you’re trying to heal from an illness, or injury! If you can view every symptom, ache, pain as a message; as your body communicating directly to you. And then you welcome that message and ACT on it. Guess what happens? Yes, the symptom/ache/pain is resolved and disappears. Let me tell you a bit more about how this works and what it looks like in real life…

Linda Kohanov in her book, Riding Between The Worlds talks about an injury she received to her shin. And rather than just saying, “Oh darn it, I hurt my shin.” She went deeper and looked at WHY the injury occurred, and what was the significance of WHERE the injury occurred. As she dialogued with her body and then did what her body asked:

“The ache in my shin disappeared completely, indicating, as I had so often told my clients, that the message had been received and processed to my body’s satisfaction…. When you get the message behind these “negative” feelings, and change something in response, they dissipate on their own.”

I have had many experiences like this over the course of the last 25 years – too many to even remember! So I’ll just tell you about the latest one that occurred. 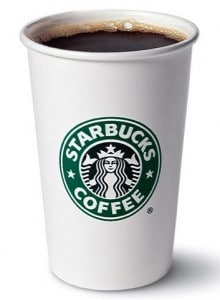 I was drinking a decaf coffee from Starbucks (a real treat for me) and felt my throat closing up. I was also eating some stew at the same time, so wasn’t sure what was causing my throat to swell. I waited a few minutes, then took another bite of stew (chewing it very well before swallowing) and my throat was okay and didn’t get any worse. Then I took another sip of the coffee and instantly my throat began to swell again.

It swelled so much, I decided not to eat anymore and went to get some water instead. It was difficult to even swallow the water! Over the course of the next few hours, my throat worsened. I took a shot of wild oregano (to combat inflammation) and went to bed. I figured if it was any kind of histamine (allergic) reaction, it would settle down by morning.

The next morning it was just as bad. If I took a sip of water it would hit a wall of tissue and bounce back out. I went online and looked up Starbucks decaffeinated coffee and learned that they use a chemical decaffeinating agent that hardly any coffee producers use anymore because it is so toxic. It is the same substance used to strip paint!

Well, you’d think that’s it, that’s the reason, right? Well, it’s the physical reason. But why did I react that time and not other times? And why my throat? And why was my throat no better after 24 hours (mucosal tissue heals very quickly) and the wild oregano?

I’m thinking these thoughts and directing my intention to open to the deeper reasons, to listen to what else my body has to say. Then my husband Ian does some little thing that ignites my anger and I lose my marbles! After tearing a strip off him, I say, “Why am I so angry? I am enraged! Let’s get to the bottom of this, because what you did is just the trigger. What’s underneath this?”

So we sit down and start discussing whatever comes up for both of us. I get a glass of water – because it’s now close to noon and I think, ‘If I can’t get some water into me soon, I’m going to have to do a hydrating enema; which I’d rather not do!’ As we talk, I’m trying to take miniscule sips of water.

We talk about current business difficulties, and difficulties with the kids; their schooling, their schedules, our desire to move – but the kids don’t want to, etc.

Go The Side Route

I drink 1/4 of the glass of water and then show Ian what I’ve discovered. As I’m telling him, I get this tingly feeling and my head feels a bit woozy, and I say, “That’s it! That’s the message my soul/guidance/higher self is giving me via my throat! The message is to NOT hit things head on, do not take the direct route, or you will hit a wall. Instead, go the stealth route; go around and you will be able to make it happen.”

This was the message we needed to hear for the issues/difficulties we were facing with the kids and with one of our businesses. Go stealth!

As I was speaking this message aloud to Ian, I could feel the swelling in my throat receding. I kid you not. I thanked my throat for the wisdom, confirmed that I had received the message and promised that I would act on it repeatedly in the next weeks or months.

Ian and I continued to discuss the practical action we would take based on this directive. For example, we agreed we would not tell the kids we were looking at properties, we would just stealthily go ahead with our research and exploration. Why trigger them, when it might be more than a year before we find what we want, or are ready to move?

A few minutes later, I took a sip of water and tried to swallow it normally. Smooth as silk, it went right down. I drank another glass of water normally, as Ian was exclaiming over the speed at which this body communication/resolution process was proceeding. Then I walked over to the counter and picked up a piece of (organic, no nitrate) bacon, “Watch this.”

“Are you sure??” Ian asked. “Yep,” I said, “I received the message fully and entirely and we have already begun to implement and now my body has released the messaging mechanism.” I ate the bacon with no difficulty. This is FIVE minutes after my throat was swollen shut to the point I could not even swallow a sip of water!

My throat was perfectly fine for the rest of the day and onwards. Message received –> normal functioning restored.

Because the body is the densest part of the soul.

So yes, there is a physical component; but there is also an energetic, spiritual component to EVERYTHING that occurs in our body.

I don’t see the body as a temporary container, or an inferior vessel limited by time and space.

I see the body as a precious gift, a tremendous repository of wisdom made flesh. The part of us that directly interfaces with our higher self, the cosmic consciousness, the divine, and also with our brain/mind. Not as just a conduit, but an integrated, simultaneous interface.

When we can enter fully into synergy with our mind/body/spirit – perceiving that ALL IS ONE. And that all parts of ourselves are always advocating on our behalf… well, the world becomes a much more interesting, magical place.