‘Impossible’ to keep up with Verstappen in ‘lonely’ Styrian GP

‘Impossible’ to keep up with Verstappen in ‘lonely’ Styrian GP


Verstappen edged out Hamilton by two-tenths of a second in qualifying on Saturday to take pole, leaving the Mercedes driver uncertain of his chances of overtaking come race day.

Verstappen duly delivered a dominant display, leading every single lap of the race to score his fourth victory of the season and extend his lead at the top of the drivers’ championship to 18 points.

Hamilton was heard over the radio asking Mercedes if there was anything he could do to reduce the gap, which grew as large as 17 seconds before the seven-time world champion pitted late on to pick up the fastest lap bonus point.

“It was a bit of a lonely race really,” Hamilton said.

“I was trying to keep up with those guys but the speed they have, they’ve obviously made some big improvements over the last couple of races and [it was] impossible to keep up.

“I don’t know where we’re losing all the time, but I think their long run seems to be a bit better, they seem to be able to continue pulling out those laps.

“But nonetheless, we got good points as a team today and we just got to keep pushing.” 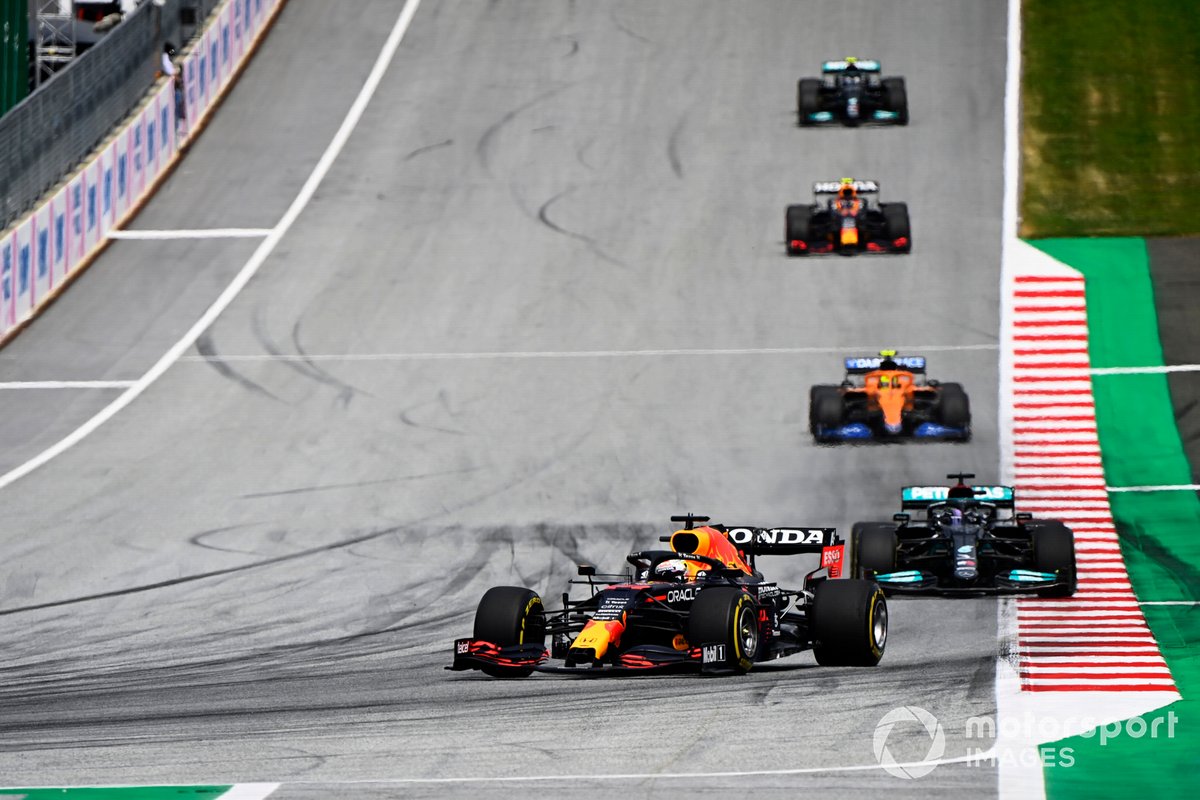 Red Bull’s straight-line speed has been a regular talking point throughout the Styrian Grand Prix race weekend, with the team putting its recent gains down to its low-drag set-up and small rear wing and not due to its change in engine at Paul Ricard.

Hamilton called on his Mercedes team to find some performance to strike back at Red Bull and reduce the straight-line speed deficit.

“We need to find some performance, we need an upgrade of some sort, we need to push,” Hamilton said.

“I don’t know whether it’s just the rear wing or whether it’s the upgrade in the engine, whatever it may be, but we’ve got to find some performance.”

The result marked Hamilton’s fourth race in a row without victory, leaving the Briton in his longest win drought since a six-race spell at the end of 2017 and in early 2018.

Asked about his feelings on the title race with Verstappen pulling further clear, Hamilton said he would “try not to concern myself with that”.

“I mean, naturally they are just faster, so there’s not a lot that I can do in that respect,” Hamilton said.

“I’ve just got to keep trying to do the best job I can each weekend.”