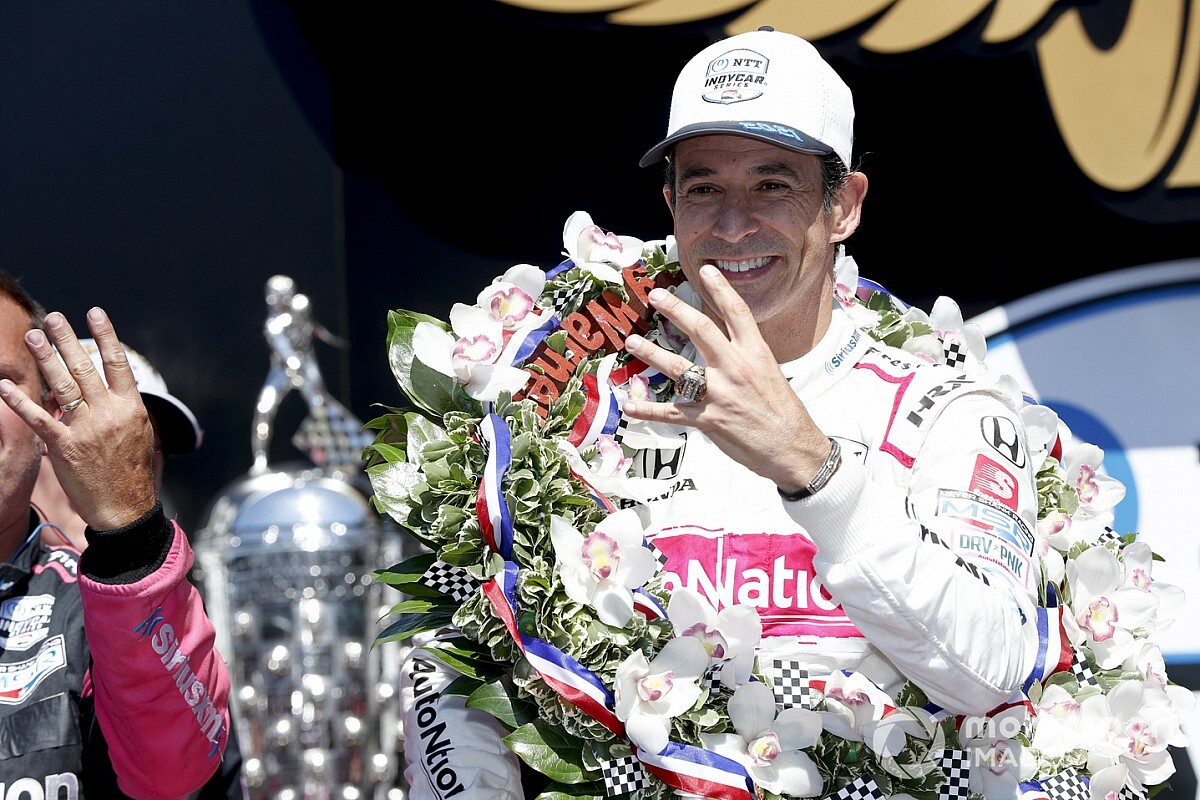 At 46 years and 20 days old, the Brazilian cemented a place in Indy 500 history and became the fourth-oldest driver to conquer the Speedway after Al Unser in 1987, Bobby Unser in 1981 and Emerson Fittipaldi in ’93.

The Meyer Shank Racing-Honda driver beat Chip Ganassi Racing-Honda’s youngest driver, 24-year-old Alex Palou in a straight-up duel in the closing laps to win by half a second, and score his fourth win a full 11 years after his third.

Castroneves has been part-time in IndyCar since the end of the 2017 season, when Team Penske, with whom he scored his first three Indy wins, switched him to the IMSA WeatherTech SportsCar Championship – a series he conquered last year along with Ricky Taylor, before Penske’s Acura contract ended and he was let go.

At that point, he was signed by Wayne Taylor Racing in IMSA and with Meyer Shank Racing for six races in IndyCar.

Coming just four months after he was part of WTR’s Rolex 24 Hours at Daytona winning line-up, Castroneves remarked: “Man, I only did two races this year, and I won two. I think I still got it, don’t you think?!”

Asked about the long post-race celebrations before reaching the TV mics, he said, “Let me tell you, it’s not the end of it, it’s the beginning.

“I don’t know if this is a good comparison or not, but Tom Brady won the Superbowl, Phil Mickelson won the Masters, and now here you go. So the older guys still get it, still kicking the young guys’ butt. We teach them a lesson.”

He also took the opportunity to ‘correct’ Paul Tracy, who he beat to the 2002 Indy 500 glory in controversial fashion.

After complimenting the NBC team, he called out analyst Paul Tracy, who he controversially beat to the Indy win in 2002.

“First of all, I can’t thank enough AutoNation, SiriusXM, [team co-owners] Mike Shank, Jim Meyer – the entire organization and Honda. They gave me the most when I needed it, they were right there.

“From the beginning we were so comfortable, happy, kinda like calm. I tell you what, right now I’m just so excited. The Firestone tires were absolutely on rails. The car was just incredible. I knew it was good, I knew I was going to have to fight, to put the elbows out.

“But I tell you what, man, what an incredible feeling. I couldn’t do this without my family, my mom and dad in Brazil. I love you guys [in tears].

“And of course the Lord. The Lord has been right by my side all the time.

This is just absolutely awesome.”

He later added: “I have so many guys here [for whom it was a] first time, absolutely first time. But no one ever gave up, no one had a doubt, and they gave me an incredible car. What I needed to do was just hit it out of the park – and then we did it.”