Invest 90L NOT Naked Anymore But Zero Chances of Being Fred… For Now It’s the Prince of Tides. Ominous Thunder. Stationary Front STILL Stationary. A Look at 2021 So Far & How the Pattern Sets UP

Invest 90L NOT Naked Anymore But Zero Chances of Being Fred… For Now It’s the Prince of Tides. Ominous Thunder. Stationary Front STILL Stationary. A Look at 2021 So Far & How the Pattern Sets UP 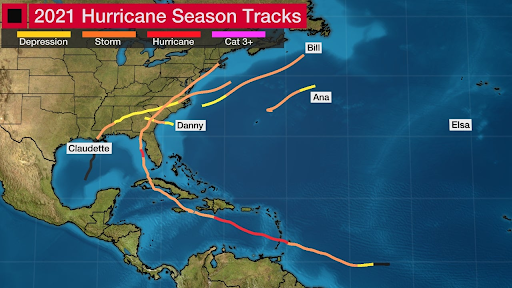 The season so far and nothing has changed. 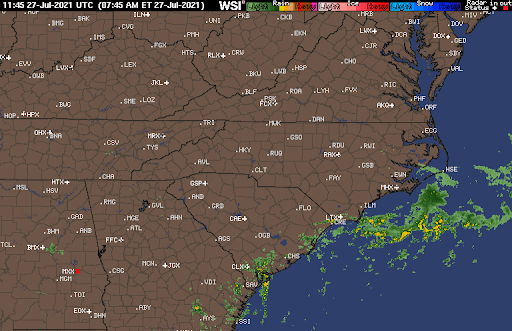 But when I woke up it was awesome. 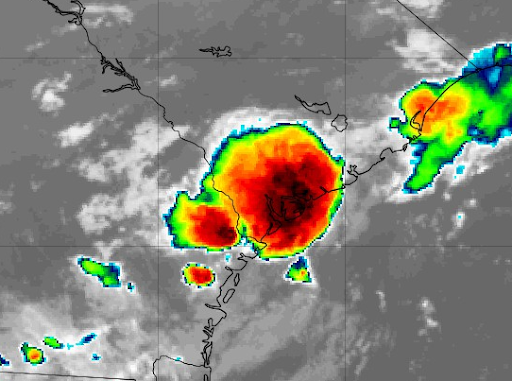 Traveling up the coast with that “boom” blow up.

Nothing much going on in the tropics except for Invest 90L that the models are still trying to forecast tracks for vs just going with CLIMO and current synoptic flow. Models haven’t been good offering way too many suggestions but in truth it is what it is and it’s just an Invest. That said… it’s been fun “chasing it” or rather riding with it as we travel to Myrtle Beach.  I’ll admit I was hoping it would at least be Fred so that I can say I “met Fred in Myrtle Beach” which sounds like fun. 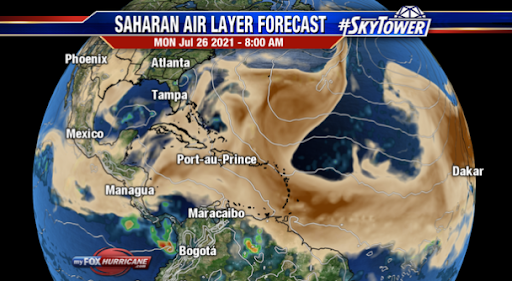 SAL is in charge yet not as intense as it was but widespread and as always it goes where hurricanes will go later as it’s not just dust but dust in the wind flow. And that is as best as I can explain it but I’ve been doing this for a long time and every year I watch the storms follow the travel pattern SAL traveled a month earlier. And so far all data shows that tracks that make their way into the Caribbean and then aim for Florida and criss cross over or slide up the East Coast as long distance tropical travelers tracing the High Pressure that is currently still immense.  That is not to say Louisiana and Texas do not see tropical trouble but they will be the ones that veered off from the highway.

I’ll update tomorrow. I’ll be on the road today and extremely busy this evening.

Do not let the quiet time fool you and rather than laugh off Invest 90L wonder if a named storm will soon trace this track with some variation and be a Hurricane. And, got to tell you having traveled with it … it has it’s moments and I imagine there will be lots of thunderstorms everywhere today along the coast. The clouds are more immense vs thunderheads that move fast and fly away. It’s an organized mess of convection that lacks wind and you can thank the ULL that ran with it for a long time for that! Well it also wasn’t a true tropical system but the NHC keeps putting Invests like stars over Alabama so it is what it is but once in the Atlantic it had to deal with a strong ULL creating shear and some dry enough air that it hindered growth. Had it moved more to the South as some models showed and sucked up more humid air and warmer water we might have had Fred.

For now the hunt for Fred is still on…